Home Business For Indie Record Stores Forced to Close During the Pandemic, Instagram Has... 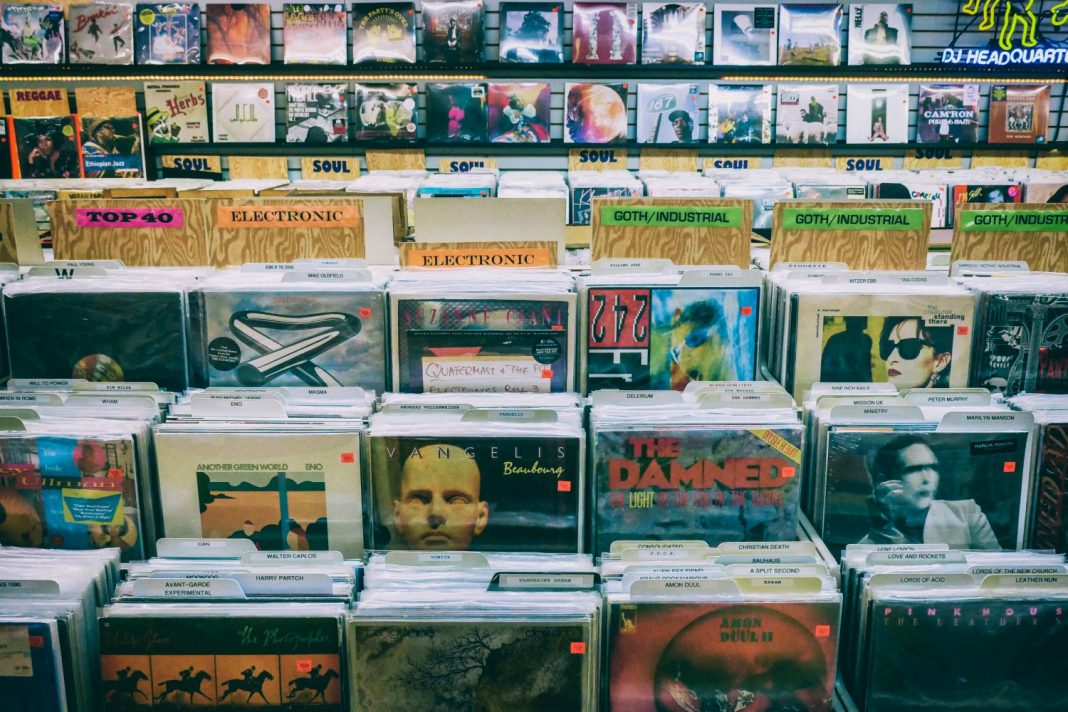 In mid-April, Going Underground Records in East Hollywood posted a photo of a batch of Cocteau Twins records to Instagram. They were reissues, not harder to find earlier pressings of albums from the beloved band. “Any day, you could come into our shop and pick up those Cocteau Twins records,” says manager Adam Schwartz. On Instagram, though, Going Underground nearly sold out of those reissues within an hour. “People were sending me DMs wanting to grab them,” he says.

With a statewide shutdown of non-essential retail establishments temporarily closing physical record stores during the COVID-19 pandemic, some L.A.-area businesses have turned to Instagram to help them fill the sales void. “You’ve got to get resourceful and you’ve got to do what you’ve got to do,” says John Roller, owner of Glendale’s Mono Records. And, at the record stores we contacted, Instagram has been an incredibly helpful tool during a dire time for small businesses.

“I wasn’t sure that we would be able to maintain things, keep things going,” says Rene Perez, co-owner of Sonido del Valle. The Boyle Heights shop relied primarily on in-person sales prior to the COVID-19 pandemic. Following the retail shutdown, however, the store began posting items for sale on Instagram. “We’re still selling every time we post,” he says. “As long as things stay this way, we should be OK until June or whenever we’re able to open again.”

While all the stores we contacted were already active on Instagram, their method for using the social network prior to the pandemic was more about marketing than direct sales. They would post previews of items that were about hit the shop floor, announce events and share other content designed to bring shoppers into the physical retail space. Selling via social media changes the dynamic for both the customers and the store owners.

For customers, record shopping can mean spending an hour or more digging through crates, adding and subtracting items from stacks that you will purchase for your collection. On Instagram, it means making a snap decision before someone else snatches the vinyl that’s just been posted—that is if it hasn’t already been sold by the time the photo hits the top of your feed.

At shops with specialized collections, turning to Instagram means keeping the store’s brand in mind when posting. Chinatown’s Salt Box Records is a go-to for styles like modern funk, ’80s boogie, and city pop. On a recent Sunday, the store dropped a slew of city pop, a catchall term for several styles of Japanese pop music from the late ’70s and early ’80s, on its feed. “Most of them sold in the first two minutes of them being posted,” says Salt Box owner Matthew Middleton.

In some cases, Instagram has helped move items that have been in the physical shop for a while. At Glass House Records in Pomona, it was a record from cult-y indie-pop band the Divine Comedy. “It never sold in the store. We put it on Instagram and it sold,” says store manager Alex Rodriguez. “Sometimes the right people don’t always walk into the door, but they’re out there willing to buy if they see it.”

Most of the stores we contacted have a similar method to selling on Instagram. They post a photo of at least one record, maybe a video clip of it playing on a turntable as well, with a product description, price, and details on how to lay your claim to the item. Sales can go very quickly. “I don’t think I’ve ever had to wait more than three minutes for anything to sell,” says Rene Perez. “It usually happens in seconds or it doesn’t happen at all.”

Sometimes, too, people call dibs on records that they end up not purchasing. “I would say 90 percent of what we put up sells,” Rodriguez adds. “Seventy percent actually gets paid for.”

At Record Jungle, online sales had already made up approximately half of the store’s business. Andy Perez says that they’ve been using Instagram to point interested customers to the web store to make the purchase. “They have to pay for it because it’s in the cart, or else someone else will come and grab it,” he explains. “I feel like it’s a lot easier from that aspect for myself.”

For stores whose online sales were either limited or non-existent prior to the pandemic, the Instagram move has opened them up to new audiences. “We’re getting a lot more new followers on a daily basis,” says Schwartz of Going Underground, “so it looks like people are actively seeking out new record stores or record content on Instagram right now.”

This can also mean selling to folks far outside of Los Angeles. That presents an interesting situation when they are able to reopen their physical spaces. Will they continue selling through Instagram? The answer seems to be a resounding yes. However, most of the shop owners and managers we interviewed indicated that they’d need to find a balance between what they offer in person and what’s available online. “I don’t want to take product away and ship it halfway across the country instead of offering it to people who come in and support the store on a regular basis,” says Schwartz.

At the same time, they now have new customer bases who may be forming a community inside these virtual shops. “All those people buying, whether they’re in San Francisco, Boston or Detroit, I can’t just cut them off after they’ve supported us for a month-and-a-half,” says Rodriguez. “This is definitely a new turning point for the store.”