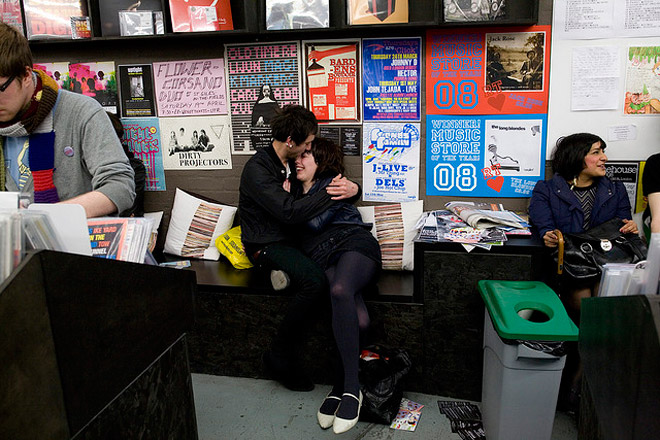 The independent record store may be as rare as a unicorn, but it’s not gone yet—and now it has a knighthood to its name.

The French Minister of Culture recently made Record Store Day co-founder Michael Kurtz a Chevalier of the Ordre des Arts et des Lettres (that’s Order of Arts and Letters to les Américains) for his work organizing the now six year-old global music awareness day, known in France as “Disquaire Day” (and in some U.S. circles as “Subvert iTunes Day”). Awardees are recognized for their significant contributions to the arts.

Two million people worldwide have attended events at some 2,000 participating locations in what Kurtz calls the biggest open source event in the world. Artists like Beck, Regina Spektor, the Flaming Lips, the Rolling Stones, U2, Leonard Cohen, Bruce Springsteen, and Alice In Chains have supported the movement by releasing special edition records or appearing at their local stores.

In his acceptance speech, Kurtz noted, “We have created a new future. One that respects the artists and rewards them for their art, just as the individual music fan is respected and rewarded. In effect, we are spending the night together, but we still like each other in the morning. This is love.” Oh, Michael. How very français of you.