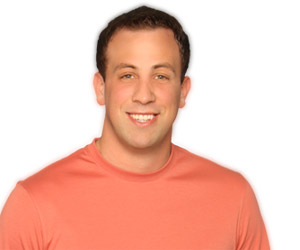 This week finds Ali, her seven remaining “interesting and smart and driven” suitors, and show host and bearer of bad news Chris Harrison trying to find Ali a husband in Istanbul, Turkey. Do they find one? I’ll give you a hint: The two-hour date fest kicks off with Ali saying, “I don’t think anything can go wrong at this point.”

Cue shit. Cue fan. Chris Harrison’s at the door and he wants to talk about “something that was brought to [the show’s] attention.” It’s all very serious and quiet (no one cued the music, too), until Chris tells Ali in his best Joey Greco voice that what’s she’s about to find out is “legit, I checked it out,”—that’s actually a really, really funny second—but then it’s all very serious and quiet again. Instead of sharing the actual news himself, Chris has Ali call Jessie in Toronto (you may or may not remember her from the last season of The Bachelor), who tells Ali that Justin has a girlfriend named Jessica back home. The only shocking part of the conversation? THE GIRLFRIEND IS IN THE ROOM! Like in Scream! Only, Jessica doesn’t want to murder Ali, she wants to murder Justin, who she says went on the show to promote his wrestling career so they could start a life together and who—get this—has another, second girlfriend too. Major Ugh. Worryingly, Ali forgets who she is talking to and tells Jessica, who is sobbing, “this is the most important thing I’m going to do in my whole life,” before marching down the hall with Chris to confront the guys—all of them.

Greco’s surprisingly good advice: “be strong and well mannered.” (Why haven’t they ever put that on a date card?) Ali and Chris enter the guys’ suite, sit down, and the fireworks begin. Except, it’s the kind of fireworks your cheapo next-door neighbor brings home from a long weekend across the border: all duds. Ali goes passive-aggressive (“It’s been quite the road getting here so far. Justin I think it’s been especially difficult for you because you have a girlfriend in Canada. She called me this morning. And she was really upset”) and instead of saying anything at all, Justin grabs his passport and his wallet and hobbles out the door, camera crew in tow. He hobbles down the hall, out the hotel doors, around the grounds a bit, and then, inexplicably, to what looks like the still-closed hotel restaurant (the baffled look on the face of the busboy who had to motion “we’re not open” through a glass door was priceless), into some bushes, over some planters, and, eventually, right back over to Ali, who had followed him out of the building but not into the bushes—girl’s got limits. Justin tells Ali that he’s sorry, and even tries to give her back the dead, black rose from their last date (the one that killed Kasey), then gets up and hobbles away again when Ali tries to talk back. To make up for the utter lack of climax and closure, the producers play the mushy voicemails Justin left on Jessica’s machine during filming as he walks away, his back to the camera, until he’s just…gone. The winner of the smack down: Chris Harrison, for being the only person who was both strong and well mannered.

Time for a date card!
Ali’s first date in Istanbul is later that same afternoon with Ty, and he takes the opportunity to show her that he and his distracting necklace have Ali’s back (But I mean really what is that thing on a string? A shark’s tooth? A religious pendant? A guitar pick? I know it doesn’t matter, but it’s gotta be a sign.) Ali and Ty play huggy bear on cobblestone streets then settle in for a private Turkish bath. Ali describes the date as “sexy, steamy, and exciting,” but it’s just not. They sort-of massage each other’s backs, she sort-of dodges his kisses, and the producers, in another showing of creative greatness in the face of lameness, cut to…

Another date card! This one says Love Conquers Ol(ive), and it’s for Chris, Roberto, Kirk, and Craig (above). Except Ali and Ty are still hugging in the bath house, and we cut back just in time to hear Ali say that Ty “really pulled through for me today” (what she really needed was someone to just let her massage them, okay?) and to see their first heatless kiss. At this point, my TV is so bored it blacks out. No I’m serious, it blacked out and I had to call an 800 number and push a lot of buttons and agree to have my conversation taped for quality assurance. God only knows what happened in the ten minutes it took to revive my Dish Network, but I think it’s safe to assume that the rose Ali inevitably gave Ty was appropriately soggy.

We’re back and we’re on a group date and it’s a doozey. Ali takes Chris, Roberto, Kirk, and Craig to a grassy knoll, tells them to strip, drenches them in olive oil, and tells them to wrestle four professional Turkish olive oil wrestlers. The fact that Justin had to watch the other guys roll around on the ground with other half-naked men on TV from his couch at home (that is, assuming he finally found an open restaurant and a bite to eat and his girlfriend Jessica hasn’t killed him): totally satisfying. The fact that all four of Ali’s suitors are taken down by the Turks: totally unsurprising—c’mon, the Turks are professionals and the guys are romantics! If that wasn’t humiliating exhausting enough, Ali then has them wrestle each other for one-on-one time with her later that night (how about some Advil and ice?).  “I fight with words, generally,” says lawyer Craig, “that’s like my job.” Still, he gives it his all and comes out on top, and it’s “almost better than winning a big case.”

For the trouble, Craig gets to take Ali on a boat ride to a private dinner in a tower on an island. He compliments her, makes some funny jokes about quitting his practice to become an oil wrestler, and simply makes the world a better, happier place. Feeling the sun come out all the way back at the hotel, Frank puts on his most sensitive cardigan yet to complain about missing Ali. Again. Meanwhile the guys, who really are shaping up to be a friendly bunch, relive their greatest oil wrestling moments from earlier in the day. Cute.

Date card! Frank, The Road to Love is Bazaar.
Before her final date of the episode, to a spice market with Frank, Ali sets the stakes, saying “Frank sort-of continues to disappoint me. It’s make or break today”—which is, of course, at least literally true because it’s a one-on-one date, and there’s a rose, and… oh well, whatever. Frank meanwhile is worried that their “feelings are dying,” and suggests that they take “a couple spoonfuls” of an aphrodisiac. What. A. Jerk. Implying you need help feeling sexy on a date? That’s not actually sensitive, Frank.  But Ali doesn’t notice or doesn’t mind—they’ve got a culture to appropriate!—and they’re off trying on Turkish outfits. And, to prove her sad-looking hair extensions wrong, Ali says, “I’m having such a good time.” They continue shopping, making people who walk through open houses for fun look good (thanks guys!) by having a rug dealer and his two henchmen show them a bunch of product they clearly have no intention of buying. (International shoppers take note: This guy offers to throw in pillows and “the Turkish version of Samsonite.”) The first real twist of the episode: it works! Ali and Frank walk out with a rug (a gift for Chris Harrison, perhaps?) and head off to dine in the truly stunning Basilica Cistern. Over dinner, Ali and Frank talk about their non-relationship, and Frank tells Ali “you swooped in and rescued me at the right moment,” which makes me realize he thinks he’s the Bachelorette. But they kiss anyway and he wears a thumb ring and gets a rose and everything ends up fine.

It’s cocktail party time at last, and, even though Roberto, Chris L., Craig, and Chris Harrison are twinsies in blue shirts and Frank and Ali’s rug has been brought in and draped over a coach for dramatic effect, Ali’s made up her mind about who to send home and nixes the evening’s mingling. Time for a rose ceremony.

His closing argument: “Before you say anything to me, I want you to know everything I said to you the other night was true. I meant it from the bottom of my heart. I don’t know if I’m saying everything that I want to right now but this has been an incredible, incredible experience that I’ll never forget. … See you.”

Next week we’re off to Lisbon, Portugal. Até breve!