Home Internet Rebecca Black Is All Grown Up Now 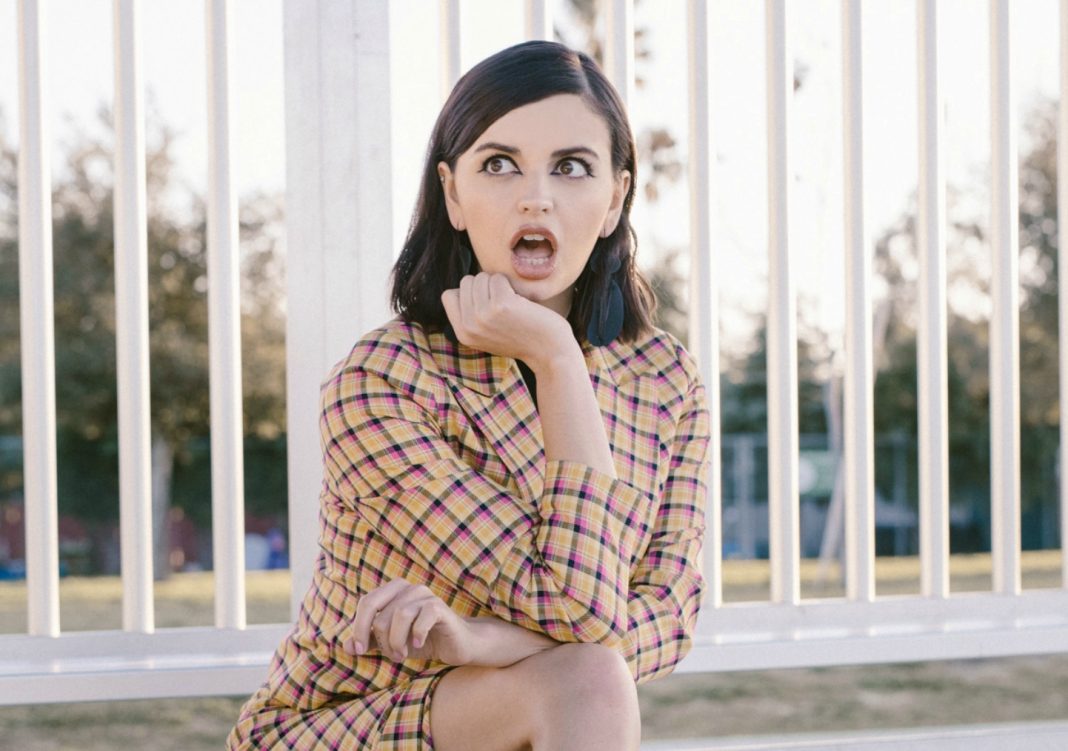 Rebecca Black sits inside Rubies + Diamonds, a coffee shop situated just west of Sunset and Gower in Hollywood, sipping a hot coffee despite the blazing heat outside. Dressed in a T-shirt and black denim shorts, she has a choker around her neck that spells out R-E-B-E-C-C-A. Her most important accessory, though? Caroline Stewart, the member of her management team who’s accompanied her.

In 2011, at just 13 years old, Black became a sensation when her awful, Auto-Tuned, and lyrically shallow song “Friday” went viral for all the wrong reasons. On June 21, she’s turning 22, and as a birthday gift to herself, she’s releasing the new track “Do You?” She says it’s her first real song about the complexities of love.

“I really was afraid of any of that beforehand,” Black explains. “And this song is about a relationship that was, like, my first real, giving my everything to that relationship, and feeling like I was an adult and a real person and the confusion that comes with that when someone isn’t doing the same for you. And you’re, like, ‘I care about you so much, why don’t you care about me?’”

Incidentally, her birthday falls on a Friday.

Black has been releasing music on her own for years now. There were the songs “Anyway,” “Heart Full of Scars,” “Foolish,” and “My Moment,” all released without a label, but none of them caught on like “Friday,” for better or worse. As the story goes, Black’s parents paid L.A.’s now-defunct Ark Music Factory a few thousand dollars for their daughter’s chance at feeling like a real pop star. For the money, Black would record a song and star in the accompanying music video and own all its rights. The video is full of bizarre and cringe-worthy moments, like when Black sings, “I see my friends / kicking in the front seat / sitting in the back seat / gotta make my mind up / which seat can I take,” while a convertible full of dancing preteens rides to school. It only took about a month for the entire world to find it, and soon it was the butt of every late-night joke. Barely a teenager, Black became the target of enthusiastic ridicule, particularly on the internet. A Time magazine journalist called the song “a whole new level of bad.”

Before I can even bring it up, Black references “Friday” a few times throughout our conversation, but when I do finally ask about it, she says it’s still hard to talk about nearly a decade later.

“Those first couple of years feel like a big blur because I was reading everything,” she says. “But, like, you’re reading the same thing over and over again. That obviously doesn’t make you feel good about yourself. It’s kind of like when you say the same word over and over again, and it doesn’t feel like a word. I would read comments and, like, I just wouldn’t even bat an eye.”

Back then, Twitter was just starting to find its footing as a repository for all the internet’s vitriol. Shows like Tosh.0 and The Soup that aggregated all the bad stuff online and on TV reigned supreme. Black was just a middle schooler, and she and her parents had zero idea how to navigate such a public disaster.

“No one knew what they were doing,” Black says. “I had no one who was protecting me. You know, my parents were doing their best, but again, there was only so much that they could do.”

Without little guidance, Black leaned into it. She appeared on Good Morning America, she hosted an online award show for MTV, and she told Jay Leno on The Tonight Show that she was able to laugh off the haters—a feat of incredible maturity for a 13-year-old.

“The day that everything first started blowing up, the people who (had the channel the video was on) were like, ‘We can take it down,’ and there was just something in me that was like no,” Black says. “Because that feels like I’m giving up and that feels like, ‘I’m so embarrassed,’ which I was, but I really didn’t want people to know.”

I ask about the people who first posted the video, but Black and Stewart say they can’t talk about it. They assure me it’s nothing juicy or interesting. According to a Rolling Stone article, there was a conflict between Ark and Black about who owned the rights to the song. Today, the version on Black’s channel says it’s the “one and only official version” of the video.

As much as she tried to brush off the tsunami of attention, viral fame led to bullying and Black started failing most of her classes. She left private school and was homeschooled instead. A lot of days, she would hide in her room and spend hours on end on Tumblr, where she could feel like she was in a different place. While the internet was telling her her music was “bad,” she set out to discover what was “good.” That’s when she discovered the Temper Trap and Florence and the Machine and Young the Giant.

As soon as she turned 18, she aimed for a clean start. She moved to Hollywood from Anaheim, got a few tattoos (three dots on her middle fingers because she believes in threes), and found a team that believes in her.

“I was kind of a later bloomer, personality-wise,” Black says. “I feel like because of everything that happened with Friday and growing up on YouTube, like I experienced so much, but I was a bit emotionally stunted. And when I moved out here, I started working with a team that actually gave a shit about me.”

They encouraged her to take her time to write her own music.

“That has been an ongoing process of me really trying to be patient with myself and them being really patient with me as I figure out how the hell to go from being this girl that people really didn’t like and got this really weird start to like a person who believes in herself and can work with other people and confidently walk into things like this,” she says, referencing this very interview.

On top of that, she’s navigating how to be a musician and influencer. Because she got her start on YouTube, it only makes sense to continue on the platform, where she has 1.4 million subscribers. On Instagram, she sometimes posts ads for companies like 3 Musketeers or Dunkin Donuts to her 800,000 followers.

“I’ve done so many different things, how do I combine them and make them make sense for me and also for everyone who is watching?” she wonders aloud.

She also acts and says she has some features she’s been in that will come out soon. Black also competed on The Four, Fox’s music competition show, and even though she didn’t win, she says it was a therapeutic to be able to fill America in on her life since “Friday” and showcase that she can actually sing without Auto-Tune.

In July, she’ll go on tour with indie rock band Man Man, and yes, she’ll sing “Friday,” but a more Lana del Rey-inspired version of it. But will it be her closer?

RELATED: Katelyn Ohashi’s Gymnastics Career Is Over but She’s Just Getting Started