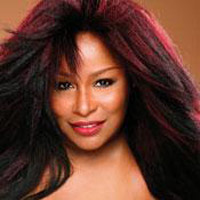 Tonight, the Hollywood Bowl kicks off its summer season with a royal bang: Reba McEntire, the queen of country, and Chaka Khan, the queen of funk, will hit the stage as the 100-year-old venue inducts them both into its Hall of Fame. As if we needed any more royalty, Julie Andrews, the queen of the movie musical, will host the whole shebang, and comedian Lily Tomlin will present a tribute to McEntire. American Idol judge Randy Jackson will also be on hand to induct disco diva Khan.

Both inductees will be backed by the Hollywood Bowl Orchestra, steered by maestro Thomas Wilkins. To add a charitable note to the evening, proceeds from the evening will support the Los Angeles Philharmonic’s music education program. You can feel good watching the stars under the stars, and be sure to check out a fireworks spectacular at the end of the evening. The legends apparently want to close with some pizzazz.