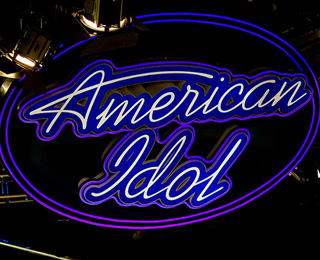 As expected, security was tight at the American Idol auditions last Tuesday morning at the Rose Bowl. Not one of the tight-lipped staff members would let me beyond the metal bars that divided me from the 11,000 American Idol hopefuls inside the stadium without a coveted purple wristband. Believe me, I tried all 8 gates.

That doesn’t mean I missed the show. I was delighted when some of the aspiring singers trickled by in their audition outfits post tryout. There were tall men in cowboy hats and boots, blond girls with too-stiff curls and tight dresses, rocker-types with black hair and band Ts, and pretty boys in designer jeans and flannel (some with guitars casually strewn over their shoulders). They all had one thing in common: rejection. Some cried to themselves, others chatted sadly with friends, and many screamed angrily into their cell phones. Every reaction was pop culture, live—a mini example of American Idol’s promise to make careers and propensity to break hearts.

More important, some were just too funny not to share:

“I took three days off work and then I bombed.”
“What could I do, there were some really good singers in there.”
“I just wanted to get noticed.”
“I am at gate F….F!…like in Fail!”
“@#$% that!”
“To tell you the truth, the people this year sounded like shit.”
“Did you sing your heart out? Cuz I know I sang my heart out!”
“Whatever, I’ll try again next year!”