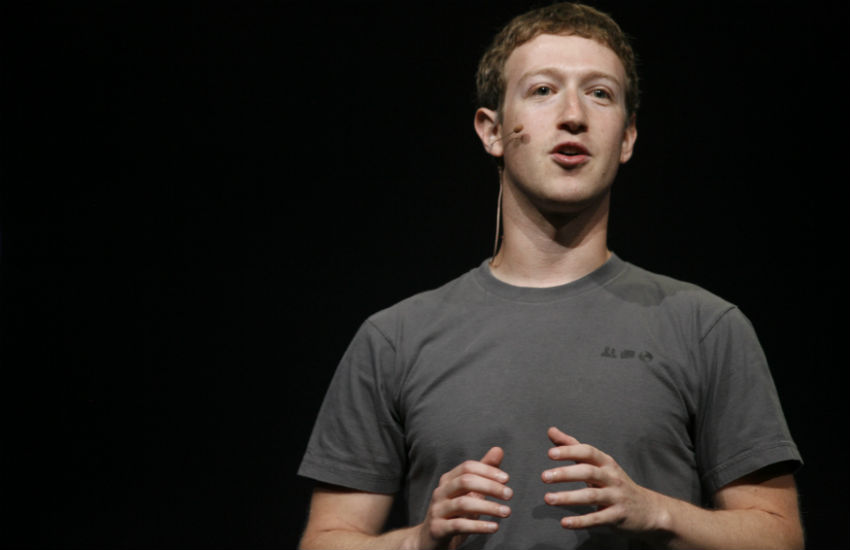 One the most popular items on the yearly lists of New Year’s resolutions is to read more books. In 2015, Facebook inventor and CEO of the social media titan, Mark Zuckerberg, will help you achieve this goal (dieting is still all on you). Zuckerberg just launched the A Year of Books book club on Facebook. The idea is to read two books a month that, in the social media entrepreneur’s own words, “emphasize learning about new cultures, beliefs, histories and technologies.”

“I’m excited for my reading challenge,” Zuckerberg writes on his personal page, which is followed by more than 31 million people. “Books allow you to fully explore a topic and immerse yourself in a deeper way than most media today. I’m looking forward to shifting more of my media diet towards reading books.”

The first book on the schedule is The End of Power by renowned columnist and author Moisés Naím, about the polarization of power in the world (which seems a tad ironic considering the amount of power Zuckerberg himself wields). The rest of the curriculum has not been made public yet, but following Zuckerberg’s criteria we’ve gone ahead and put together a list of our own suggestions for the book club readers.

American Afterlife – Kate Sweeney
Examining everything from roadside memorials to deep-sea burials, Sweeney’s book, which came out last year, is a powerful and moving exploration of the customs and cultural norms that surround our relationship to the end of life. How we memorialize our dead puts life in a new perspective.

Buck: A Memoir – M.K. Asante
Author and filmmaker Asante’s memoir, chronicling his upbringing in “Killadelphia, Pistolvania,” as his crime ridden hometown is nicknamed, and his relationship to his father, prominent scholar of African-American studies and professor at Temple University, M.K. Asante, Sr., is a beautifully written and expertly told ode to the power of art and literature.

The Underground Girls of Kabul – Jenny Nordberg
Swedish-American journalist Jenny Nordberg, whose N.Y. Times story on bacha posh, the cultural practice of disguising girls as boys in gender-segregated Afghanistan, put her work on the map, returns with The Underground Girls of Kabul. In the book, Nordberg takes her research on bacha posh further in an effort to present Western readers with a nuanced understanding of Afghan culture.

The Sixth Extinction – Elizabeth Kolbert
Known for her sharp and critical reporting on environmental issues in the pages of The New Yorker, Kolbert explores a different angle in the debate over man made climate changes, arguing that we are facing a new era of mass distinction (the sixth one) among earth’s species. This thought provoking book exams the question of whether or not mankind is putting its own survival at risk.

The Meat Racket – Christopher Leonard
Former agricultural reporter, Christopher Leonard, investigates where our food comes from and the myths surrounding its production thoroughly in this expose published last year. Food production has largely been monopolized in the US and The Meat Racket shines a light on that process, which has had an enormous impact on farming communities across the country.

Cubed: A Secret History of the Workplace – Nikil Saval
Most of us spend a huge chunk of our lives their but hardly think about it as anything other than a place we go to for eight hours a day. Part cultural study, part architectural analysis, author Nikil Saval’s book is a fascinating journey through the history of the American office environment from cubicle life with a dress code to Google-fied fun spaces with Fussball tables.