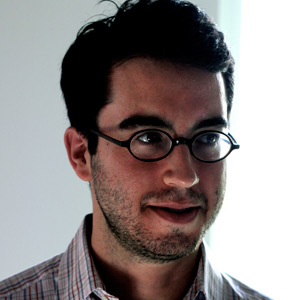 Author Jonathan Safran Foer (Everything is Illuminated, Extremely Loud & Incredibly Close) was at Los Angeles’ Skirball Cultural Center last weekend to discuss Eating Animals, his first non-fiction book, published this month. The National Jewish Book Award-winner found the subject—the system of factory farming and the world’s meat consumption—to be “best served with a conversation,” and the 300 or so member audience was eager to get involved.

Foer began the talk with a selection of lighthearted anecdotes about his grandmother (aka “the Greatest Chef Who Ever Lived.”) but moved on quickly to his point: epicurean values give life meaning. Reading from his grandmother’s monologue section of his book, Foer relayed her experience as a Jew in the Ukraine during World War II. When a Russian farmer saw her starving, her body covered in sores, he offered her a potentially live-saving piece of pork, but she did not eat it. She never broke her kosher diet—an act Foer greatly admires—because “if nothing matters, there’s nothing to save.

From that goose bump-inducing moment, things got more predictable. Foer talked about the difficulty of safely disposing pig feces (he compared accidental spills to Exxon Valdez’ infamous 1989 oil mishap, and noted that the liquefied excrement is poisonous to humans) and reminded the audience that “cage free” legislation does not guarantee farm animals a humane amount of space. During the Q&A portion of the event, lots of hands were raised with, for the most part, encouraging questions. An older man wearing a Yakama requested some eating guidelines. Foer quipped that he could leave with a copy of Eating Animals.

A meat eater myself, I tuned out some of the more repetitive factory farm talk. Still, I learned some staggering facts (ie: If Americans ate one less serving of meat per week that would be equivalent to taking 6 million cars off the road!) and was reminded of the psychological and emotional fulfillment that comes with having—and sticking to—a set of beliefs. Foer certainly lives by his, and he sent the audience away evaluating our own.