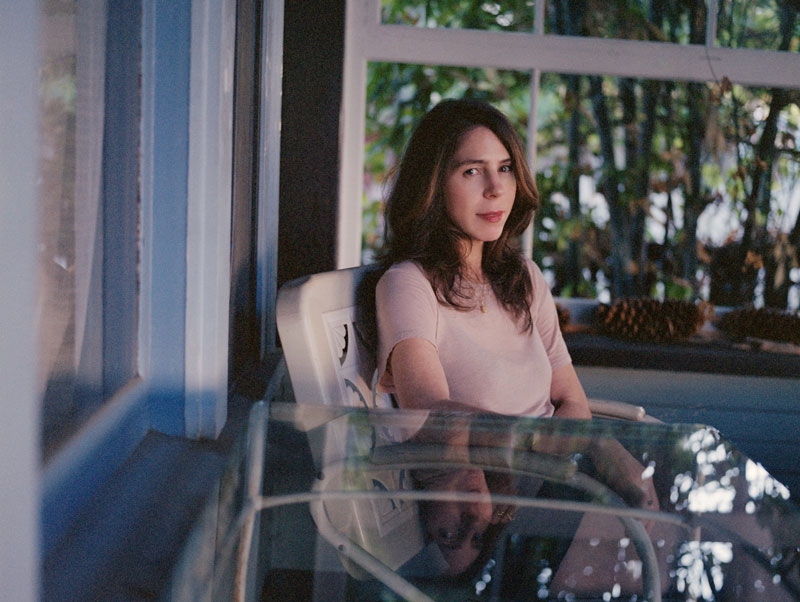 Rachel Kushner spanned the globe with her first two novels; her 2008 debut Telex From Cuba transported readers back to revolution-era Cuba, and 2012’s shimmering follow-up The Flamethrowers wove together the ’70s New York art world, motorcycle culture in Utah, and Italy’s Red Brigades. Five years later, the Los Angeles author is back with a new book, and it’s set a little closer to home. Placing readers inside the fictional Stanville Women’s Correctional Facility in California’s Central Valley, The Mars Room centers around a young mother and ex-stripper named Romy Hall who is serving two consecutive life sentences for murdering her stalker. Penned with Kushner’s signature clarity and wit, it shifts between the perspectives of a diverse cast of characters as they navigate the politics and power structures of the California state prison system. The two-time National Book Award nominee filled us in on a few of the people, places, and films that inspired it. You grew up in California, but this is the first time you’ve written extensively about it. Why did you decide to set this book in your home state?

I guess it was sort of time. I had written these two books that were both set pieces, in a way. But I hadn’t written a contemporary novel, and I felt like it was time for me to do that. It came to me almost instantly that writing about where we’ve come to in California is my version of a contemporary novel. Since I live here in Los Angeles and I’m from Northern California, I feel like you get potent glimpses here of the brutality of the near future. L.A. can forecast, unfortunately, the direction that we’re moving in as a society—there’s a high poverty rate and there are very large differences in class here that make themselves apparent through race. I live in Angelino Heights just above downtown, near the large criminal court Clara Shortridge Foltz. I started going down there and learning who’s being arraigned, and who has to go to the courtroom with their children to watch these arraignments, and who’s taking the bus there and who isn’t. Just looking at the city.

I always feel like I’m still arriving in L.A., though I’ve been here now for 15 years. It’s a funny thing, but it’s also a really wonderful thing. I think it derives from the fact that the city has​ what I call a “blessed unknowability,” meaning there are always new things to discover, and certain things that are will remain mysterious to me. For that reason it’s continued to hold my interest for a long time. Maybe I had finally been here long enough that I felt like, if I was going to write a contemporary novel this is where it would take place. Because this is where I’ve been glimpsing life and thinking about what the contemporary is, and what it means.

I don’t actually call anything that I learned and utilized in writing the novel research, for multiple reasons. I choose to live in a certain way, and what I write should have some organic unity and rhythm with how I live. I had been interested in prisons and incarceration—I mean not interested in it, but vexed by it—my whole life. When I finished my last book in 2012, I decided just as a personal project to try to learn everything I possibly could about the criminal so-called “justice” system in California, which is massive and affects the lives of many, many people who are primarily poor, and remains pretty invisible to most if not virtually all middle-class people. I got involved with an organization called Justice Now that does regular visits and advocates against human rights violations in women’s prisons in California. Now I’m on an advisory board to that group. I do a lot of advocacy work that has nothing to do with being a writer, although I try to use whatever prominence I have to advocate for other people. I’ve gotten lawyers to help people, and I’ve written commutation letters to Jerry Brown. Right before I got your call I was talking somebody from the prison who called me, because I have Global Tel Link on my phone. These people are my mentors and my friends. I help them and they help me. We work together. So I couldn’t call them research, you know what I mean?

Your earlier work features vast landscapes—the The Flamethrowers in particular was praised for the way it portrayed the open spaces of the American West. Was writing about a confined space like a prison challenging?

Well [the book] is expansive in a certain sense. [There are] prisons all along the corridor between Highway 99 and the I-5 in the Central Valley, going all the way up above Sacramento. One of the characters in the novel, Gordon Hauser, is a teacher at the fictional women’s prison Stanville, where some of the novel is set. He’s able to see the way these prisons are situated in a landscape that is industrial farmed, and has always been industrial farmed. It was really interesting to me to spend all this time up there and learn about the history of California agriculture, which was never family farms, and began as a story of large-scale corporate farming. After the drought of 1977 there was a lot of surplus land in the Central Valley that growers could no longer use because they didn’t have water. So they began selling that land to the state, which was getting money for prison building projects. Seeing the aesthetics of these huge prisons sited in the middle of vast tracts of almond orchards has been a part of my experience as a person, because I go to these prisons to visit friends. I made it part of Gordon’s experience because I really wanted a character who could see the way the landscape is informed by the manner in which we structure society and put people in cages.

And there’s a whole other part of the book that is the memories of the main character, who is from San Francisco like I am. Once people go to prison a lot of what they have is their memories from when they were outside. There are like whole sequences that are her memories from when she was free. And there’s Doc, a rogue LAPD Rampart officer who is a troubled guy, a contract killer serving life without possibility of parole. He is sort of just living in his own remembrances of when he was a rogue cop getting away with all kinds of really demonic stuff in L.A. So it wasn’t really that much more confining.

I do think that some of that the restriction put more pressure on dialogue and humor in the book. I think it’s the funniest book I’ve written. I don’t know if you’ve spent any time in prison, but people are hilarious and have a kind of intelligence and pageantry that free people kind of lack as a group. I think it’s because when you live in really close quarters and have no privacy, and the environment is tense and dysfunctional because of all the rules, there’s a lot of hostility, and a power structure among the women. This manner of fooling and performing becomes a sort of currency. It’s what people own, which is their personality.

You mentioned that Romy’s childhood memories were informed by your own. Was this the first time you’d written a character so close to yourself?

Fiction comes from somewhere. I think we’re all kind of distributing characteristics among the people who populate our books in different and complicated ways. I’m every character in The Flamethrowers. But, I can say this was the first time I’d written about San Francisco. I had been writing these pieces about San Francisco in the ’80s, but I was suspicious of them a little, because I’m not really interested in writing about my own life. But constructing a protagonist who would have to go to prison for life was a predicament I really wanted to think into, given that it has been the predicament of many people I’ve become close to who are serving life sentences. The book was partly a manner of thinking into the unthinkable, the impossible proposition that your life becomes the integer of your punishment, whether you live four years or 40 years. In trying to develop Romy’s character, I came up against the irrefutable fact that I will not go to prison for life because, you know, I was raised by people who loved me and were educated. I had these resources. And I don’t really believe that it’s an axis of good and evil or pieties that keeps people out of jail in prison. There are always exceptions to that. But it’s overwhelmingly very poor people without resources who end up there, and so the question became, how do I build this character and know enough about her and have an intimacy with her so that she can have the depth and the range that I’m going to need to write a good book? Then I realized that the book was about this character that I was writing about in San Francisco, which in a way became a sort of homage to some of the people I grew up with, including people who did go to prison and didn’t really make it, because they died.

Did you draw inspiration from any films or works of art while writing this?

I was very inspired by the work of the filmmaker James Banning. He made a film called Stemple Pass about Thoreau and Ted Kaczynski. And he also, as an artwork, built replicas of Thoreau’s cabin on Walden, and Ted Kaczynski’s cabin from Montana. Those cabins are sited on James Benning’s property in Pine Flat, but maquettes of them have been shown in museums all over the world. I visit James a lot, he’s a friend of mine, and I’m very inspired by his films, particularly the California Trilogy he made. I’ve slept in his Thoreau cabin and his Kaczynski cabin and he gave me the scripts he reads in Stemple Pass, which are excerpts from Ted Kaczynski’s diary. As you’ll discover when you read the book, they’re interspersed throughout it.

This interview has been edited for clarity and accuracy.

RELATED: The 13 Best Mom and Pop Bookstores in L.A.