Home Film A Quote-Along Version of Labyrinth Is Premiering at the Ace Hotel, and... 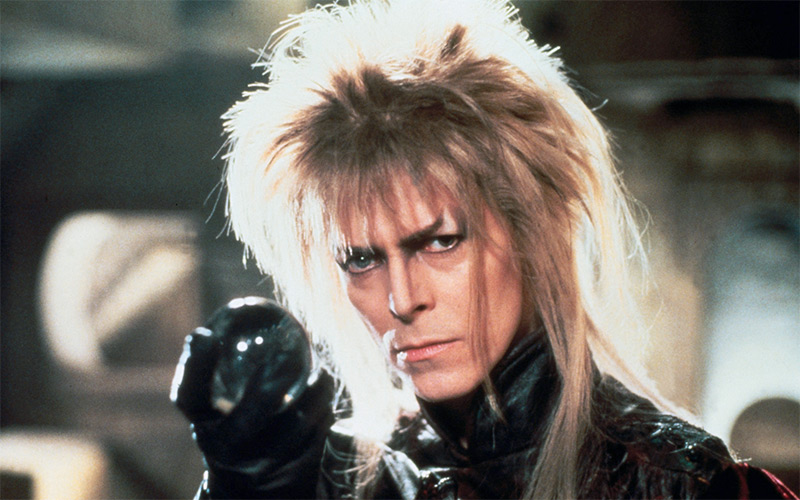 The best movies are, inherently, quotable. But Big Cinema discourages the unfettered screeching of classic lines like,
“Say hello to my little friend!”
or “You’re gonna need a bigger boat”
or “You’re a wizard, Harry”
or “You get nothing! You lose! Good day, sir!”
or “Viola, darling, remember: Chew like you have a secret”
or “He took my toy! She hit my bear! I want a potty! I want a cookie! I want to stay up! I want, I want, I want, me, me, me, me, mine, mine, mine, mine, now, now, now, now…” when watching a movie in public spaces because you might “ruin another patron’s experience” or whatever else they tell themselves so they can sleep at night. (Pat yourself on the back if you recognize those last two. Also tweet me so we can be internet friends.) Alamo Drafthouse, however, is promoting the whole talking-during-movies thing with a quote-along event at the Ace Hotel on July 27. The film on tap: Jim Henson’s Labyrinth.

When I heard tell of this news, I felt a stirring in my soul. Labyrinth, while not necessarily considered Muppets-caliber by many Henson fans, is a cult favorite that rarely gets its professional due. Like The Dark Crystal, it was panned by critics and bombed at the box office, recouping only $12 million of its $25 million budget. Roger Ebert called it “an enormous waste of talent and money.” (Agree to disagree.)

The first time I saw it, I was maybe nine years old. My babysitter, Paige (hi, Paige!) brought the VHS over to our house. I watched it, I loved it, I asked my mom to ask Paige to bring it back every time she babysat thereafter. And Paige did, because I confided in her that I’d caught feelings for David Bowie’s King Jareth and that if I could not watch him holding court in lycra pants and pearlescent white eyeshadow and a pirate shirt at least once every two weeks, I didn’t know how I’d go on living. (Good looking out, Paige!) It’s still a favorite—I’m willing to publicly admit that I listened to “Magic Dance” on repeat while stuck in traffic just last week. (Fun fact: the beginning of that song was inspired by this scene in Gene Kelly’s The Bachelor and the Bobby-Soxer.)

And that’s why this movie is awesome. Is it as widely quotable as, say, Clueless or The Princess Bride? Admittedly, no. But what it lacks in As ifs and My name is Inigo Montoyas it makes up for in song. It is a campy, delightful rollercoaster in the league of The Rocky Horror Picture Show, only with puppets and some bona fide Bowie bangers. At the screening at the Ace, song lyrics and subtitles for memorable quotes will appear to encourage crowd participation, and Alamo Drafthouse is even kicking the experience up a notch with some immersive add-ons: you’ll get to blow bubbles during Sarah’s masquerade dream sequence and get a whiff of the Bog of Eternal Stench thanks to scratch-and-sniff technology. Stoked about the former, nervous about the latter.

You’ve got a few more weeks til this all goes down (tickets are on sale now), but it’s never too early to start rehearsing. All together now: YOU HAVE NO POWER OVER ME.