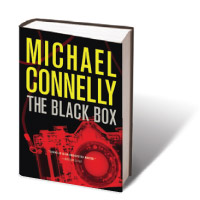 LAPD detective Harry Bosch is working a cold case from the 1992 riots: the shooting of a female journalist in South-Central. If only he could uncover the metaphorical “black box” that would explain her death. Once the murder weapon is traced to Operation Desert Storm, it unleashes a Sherlockian flurry of deductions. Note to Bosch fans: He’s still at war with authority and still at the mercy of a moody daughter.