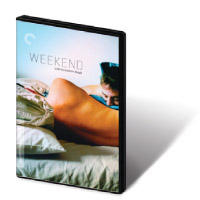 Made in 1967, Weekend (Criterion, $30) was Jean-Luc Godard’s last and most anarchic film before his vision succumbed entirely to didacticism. A treacherous young couple who secretly plot each other’s demise head off in their car to claim an inheritance and instead discover, out on the highway, the end of civilization. Less than six months after Weekend ’s release, the streets of Paris were in turmoil and the director decided his imagination could no longer outride history.