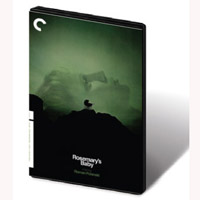 It was 1968, and this was the thinking person’s horror film that put Roman Polanski (directing his first major American movie) and Mia Farrow (in her first feature-starring role) on the cultural radar. Farrow is a young wife who dreams she is raped by the Devil, only to then become pregnant with a child who may be very much his father’s son. In turn the movie gave birth to a genre that included The Exorcist five years later, changing the industry forever. (Criterion Collection, $24.)