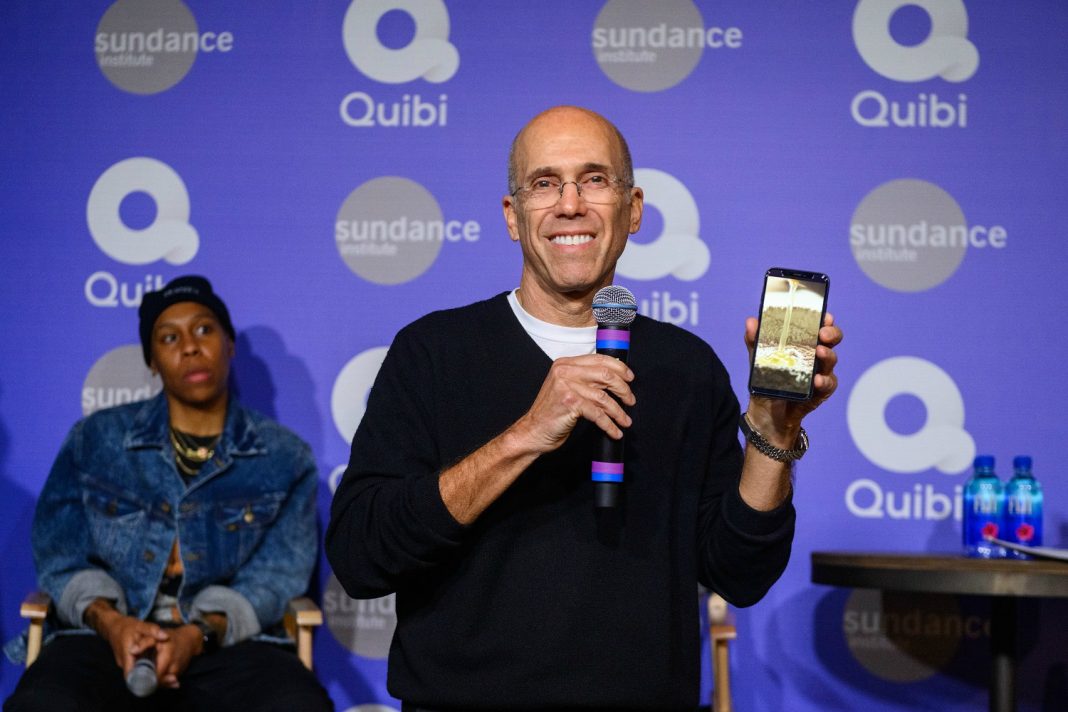 “Fail fast” is one of those mantras tech founders love to recite, the idea being that getting mistakes out of the way quickly can lead to success. If that’s the case, whatever Jeffrey Katzenberg does next is going to be extraordinary.

On Wednesday, Katzenberg, whose five-decade resume reads like the intro speech for an Irving G. Thalberg Memorial Award, announced that Quibi, his folly of a premium mobile-only streaming video service, is “winding down.”

Quibi died as it lived: little watched yet widely mocked.

Before Quibi even had a single subscriber, Katzenberg and his CEO, Meg Whitman, raised $1.75 billion from studios like the Walt Disney Company, Sony, Viacom, NBC Universal, and Time Warner and financial institutions like JP Morgan Chase and Goldman Sachs. With a team of execs drawn from studios, cable, and the trades, they locked in every A-lister you could imagine from Steven Spielberg to LeBron James to produce five- to ten-minute shows (or “quick bites”) that would be delivered exclusively to subscribers’ phones.

Nearly a year before he launched or even named his platform, Katzenberg told Variety that he hoped it would be bigger than DreamWorks SKG. When Quibi finally debuted in early April, after a splashy but awkward keynote at the CES in Las Vegas and some very pricey Super Bowl commercials, it was met with universal viewer indifference. (That the industry and the press—the latter of which Whitman compared to sexual predators before launch—met it with outright disdain is another story.)

Nobody, it seemed, wanted to watch shows like Dishmantled, in which meals were shot into the faces of blindfolded chefs who recreated them from taste. Even a celebrity as beloved as Chrissy Teigen couldn’t elicit more than shrugs for her Judge Judy riff. After its initial free trial, Quibi lost 90 percent of its subscribers, pushing its expensive content (some reportedly costing as much as $100,000 a minute) to just 72,000 paid viewers.

Visiting Quibi’s 49,000-square-foot offices in Hollywood before its launch felt a little like visiting a “tech startup” set built for a TV show. There was a wall of jars filled with penny candies that guests could enjoy—as if anyone working in the film and TV business would be caught dead eating, especially around development people. There was the requisite ping pong table in the courtyard where a long in the tooth ex-Comedy Central exec held forth for a group of young employees who looked like they were taking a break from being Instagram influencers. In the men’s restroom, a bluetooth radio blared “Don’t Stop Believin’,” as if needle-dropped by a hacky music coordinator.

And in a corner office was the wizard himself. At the time, Katzenberg was 69 and had gone from being disdainfully called “Sparky” as a young comer at Paramount and Disney to a grey eminence who’d co-launched the first new Hollywood studio in a generation.

Why on earth would someone who helped create The Lion King and American Beauty and was worth a reported $900 million want to run a startup, I wondered.

Turns out, Katzenberg didn’t know either. “My ambition has always been to exceed the expectations of my customer or my audience,” he told me blandly that day. “That’s all. That’s the win.”

And yet, in every way other than the glittering constellation of stars he’d assembled, he’d failed to do that with Quibi.

The app itself was not ready for primetime, launching without any sharing function, something unthinkable in the social media era. (No bother: users filmed their screens and mocked Rachel Brosnahan’s hammy turn as a woman whose golden arm is killing her in the Sam Raimi-produced 50 States of Fright, creating the exact wrong kind of viral content for the company.) Furthermore, TurnStyle, Quibi’s much-touted screen-rotating technology, was immediately subject to a lawsuit by a company claiming its patent had been infringed upon.

The shows, what little people saw of them, were half-baked. Many felt like toss-off jokes about high-concept Hollywood dreck. One producer I spoke with called many of the shows on Quibi MOPs, or “most often pitched,” vanity projects that other platforms and networks normally pass on.

Then there was Quibi’s entire value proposition: charging viewers $4.99 a month to watch expensively produced mini-TV shows when they could be watching TikTok, YouTube, or Snap videos for free and continue to pay for Netflix, Disney+, HBOMax, and Hulu. It was a classic case of a tech company trying to fill a need that literally no one has. Add to that the fact that it was run by execs in their 60s but largely aimed at the under-25 set. For all his mega success, Katzenberg revealed that he’s a man out of time trying to push a product into a world that doesn’t want it.

“It’s just sort of my old-school bias, but I love water cooler conversation,” he told me then. Burning through nearly $2 billion in less than two years (less than one in front of viewers), Katzenberg is definitely the subject of conversation now. The fact that no one under 40 has probably ever seen, used, or talked around a water cooler tells you all you need to know about how out of sync Quibi was with the times.

For its founder, Quibi’s failure has gotta hurt, but at least it was fast.

RELATED: Insiders Say Quibi May Have Been Doomed from the Start

Insiders Say Quibi May Have Been Doomed from the Start