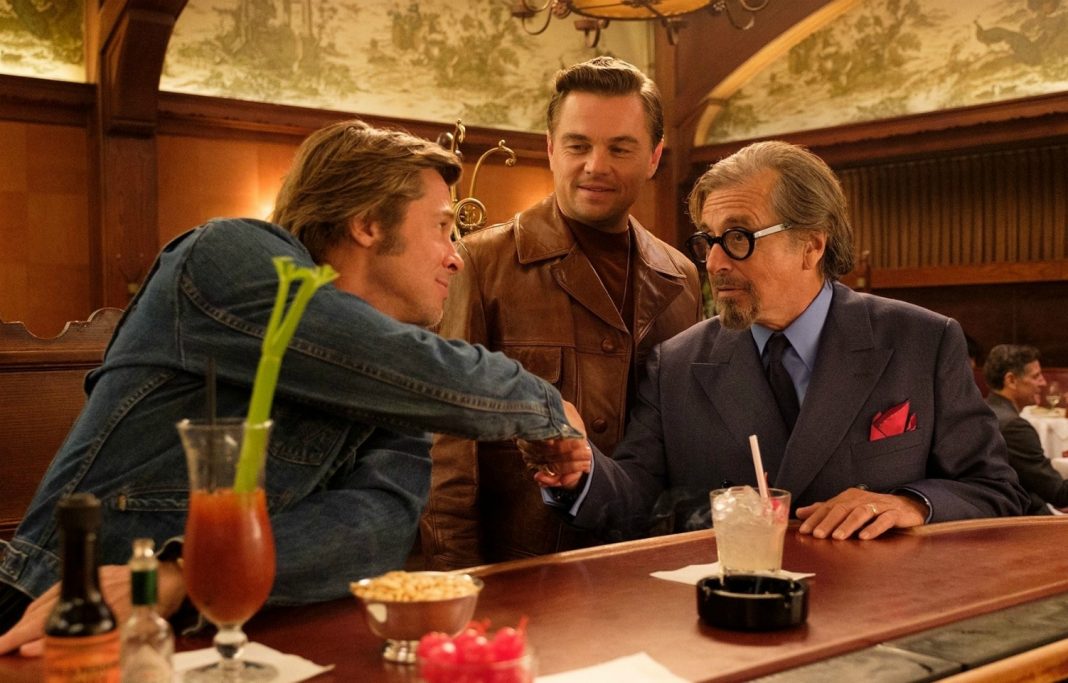 Quentin Tarantino is bringing back the Hollywood Boulevard of his youth for his new film Once Upon a Time in Hollywood. Work crews are swarming the 6600 block between Cherokee and Las Palmas and transforming the facades, signage, and shop windows for the $100 million film starring Brad Pitt and Leonardo DiCaprio.

Musso & Frank Grill is closed this week as scenes are filmed inside, but soon the action will spill out onto the street, which again sports a Pussycat theatre, the Peaches record shop, and a recreated Larry Edmunds Cinema Bookshop, at the location it occupied in the 1960s and 70s. 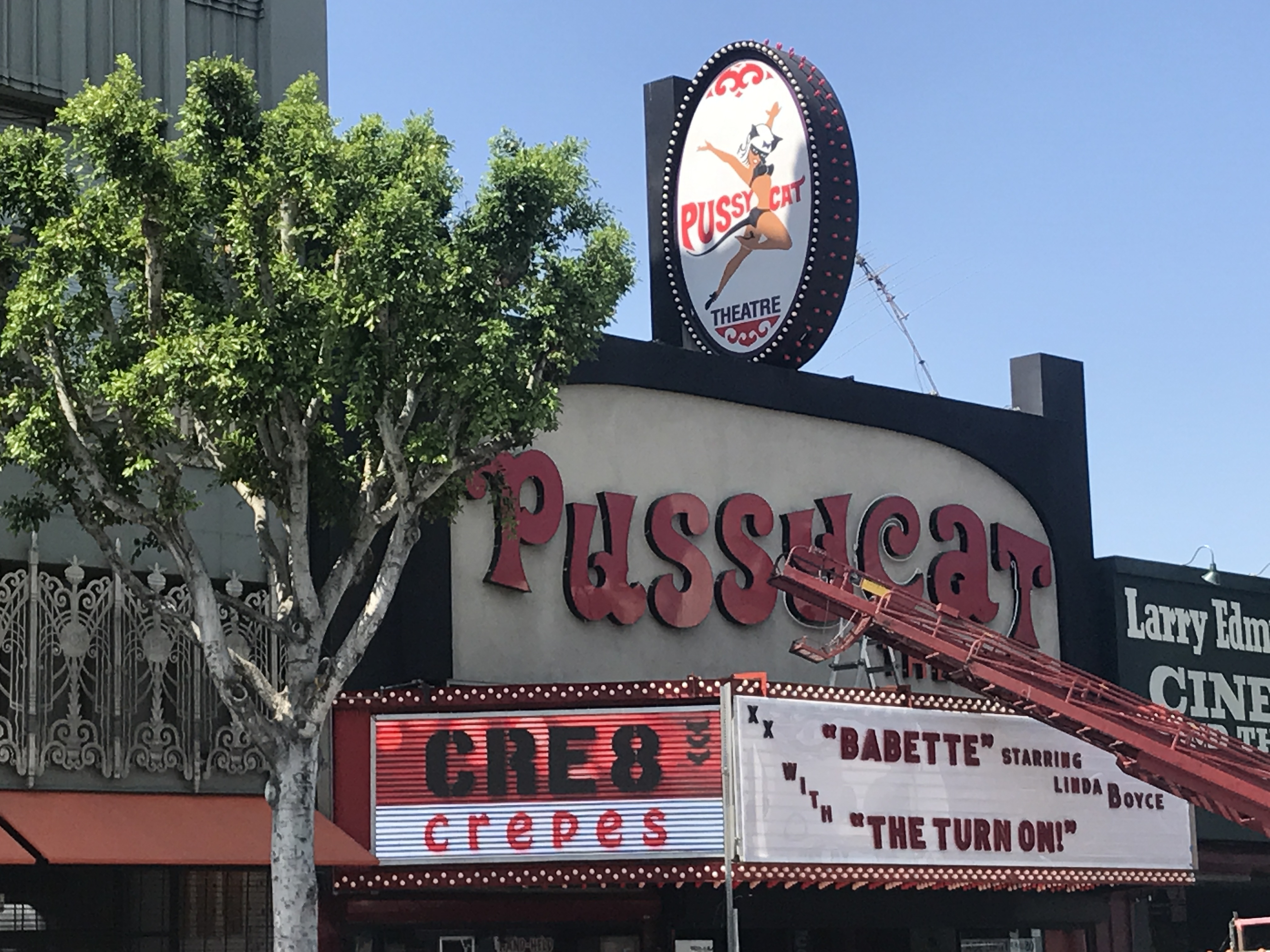 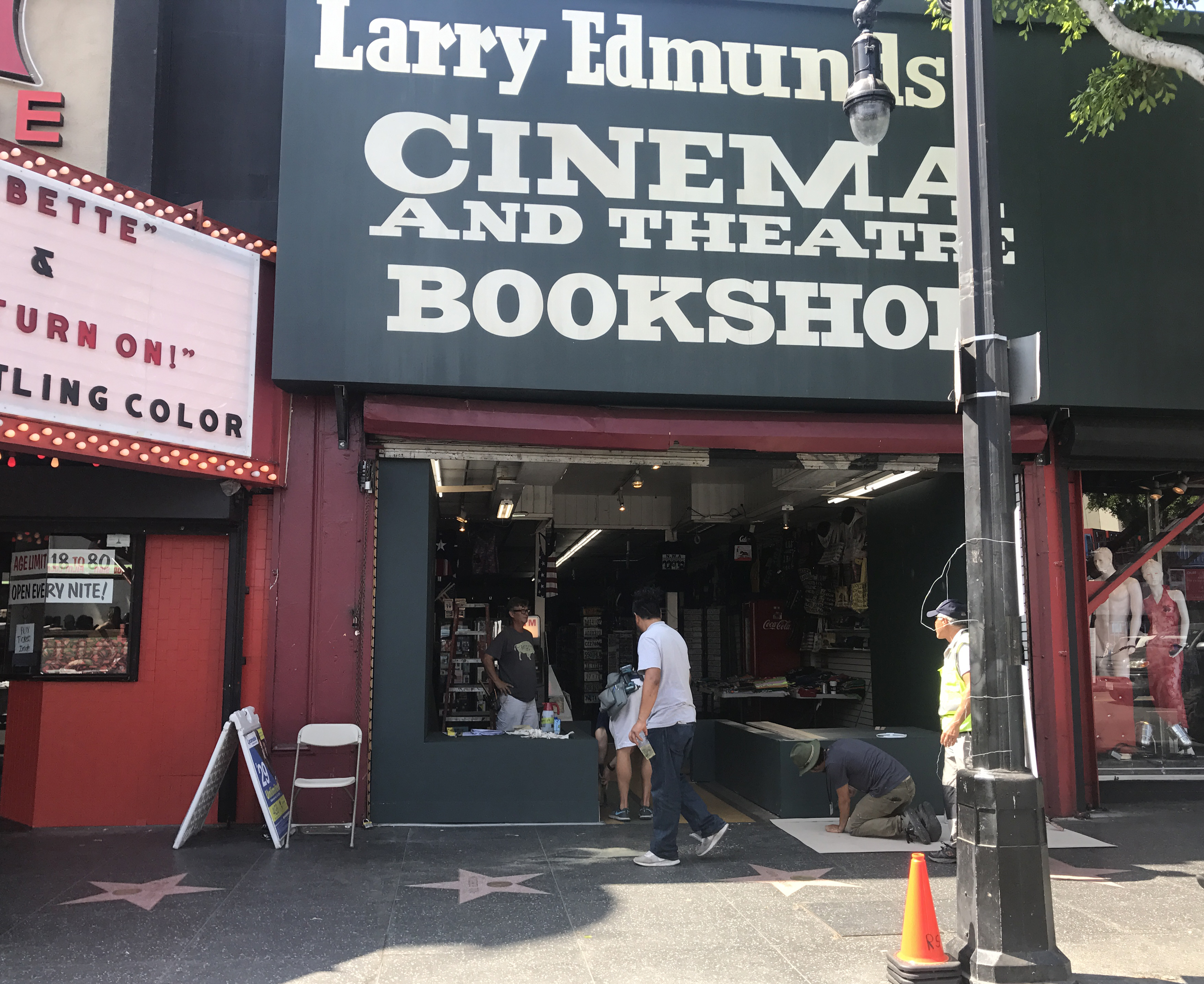 Much of the film’s action is reported to occur at the same time as the Charles Manson murders in the summer of 1969, with Margot Robbie portraying the doomed actress Sharon Tate and Dakota Fanning as Manson follower Lynette “Squeaky” Fromme. Vintage stars Kurt Russell, Al Pacino, Burt Reynolds, and Brenda Vaccaro also star in the film. 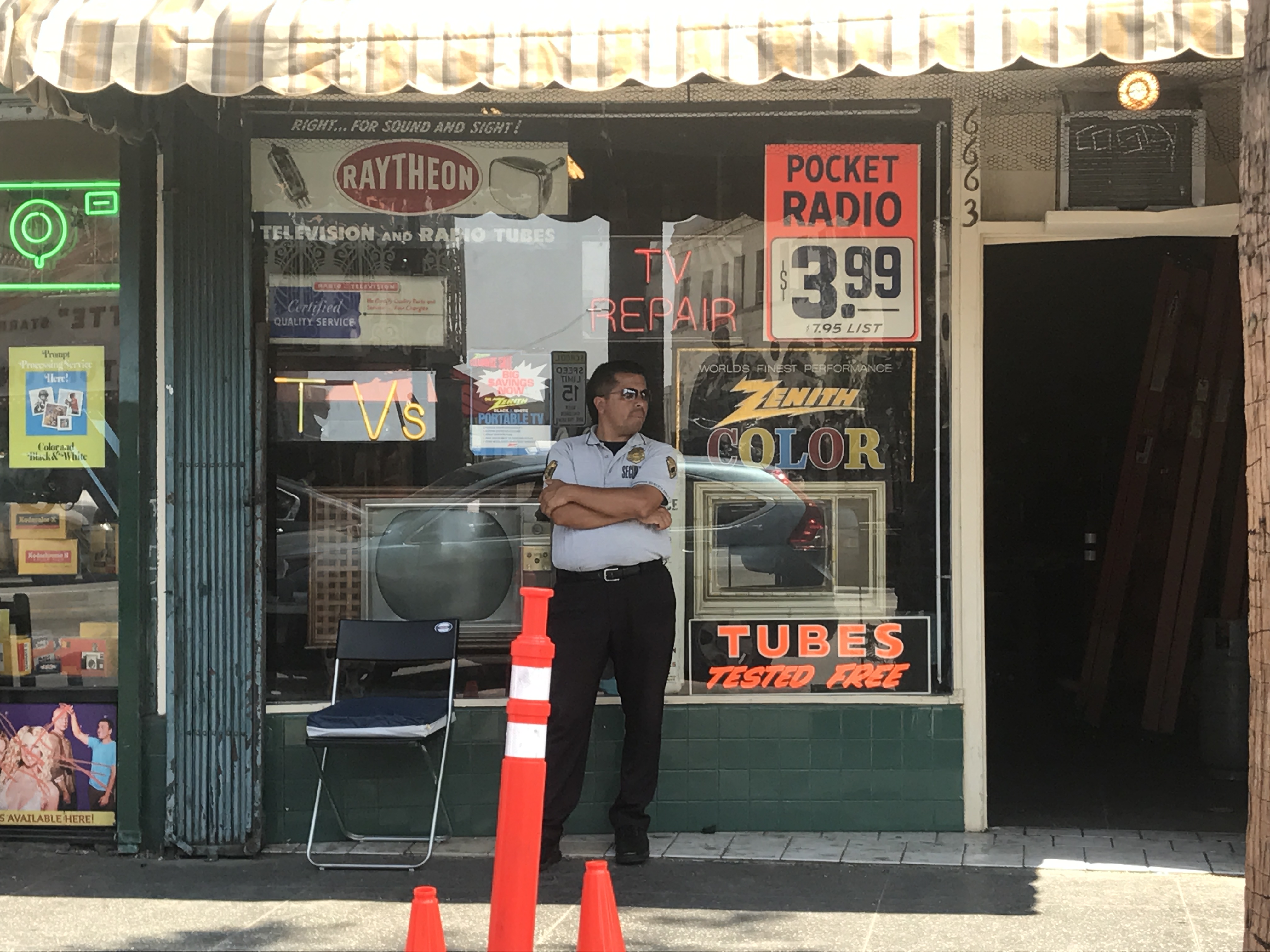 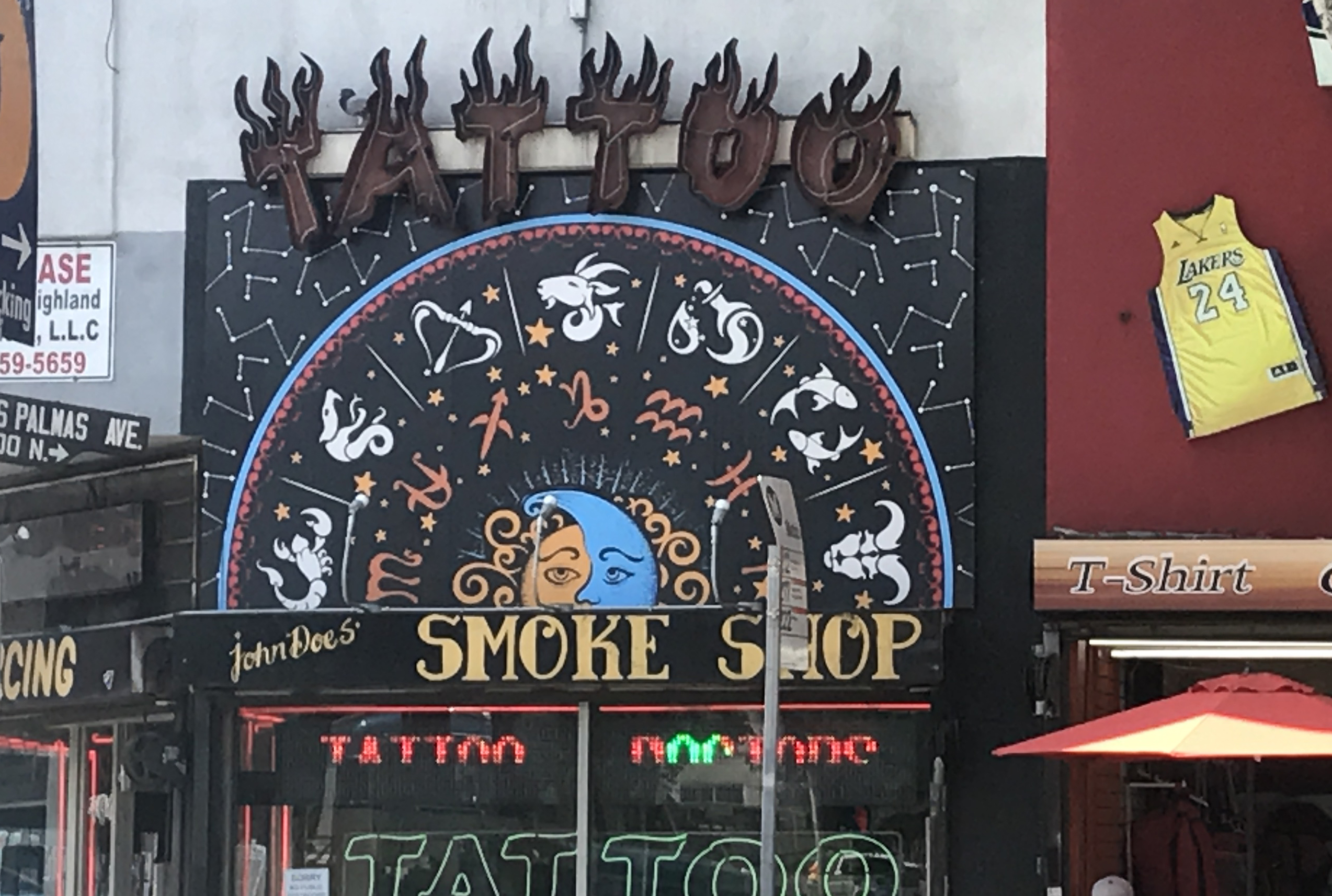 The plot follows a former Western TV actor and his stunt double, confronted by the hippie era and a changing city all around them. “I’ve been working on this script for five years, as well as living in Los Angeles County most of my life, including in 1969, when I was seven years old,” Tarantino told the Hollywood Reporter. “I’m very excited to tell this story of an L.A. and a Hollywood that don’t exist anymore.” 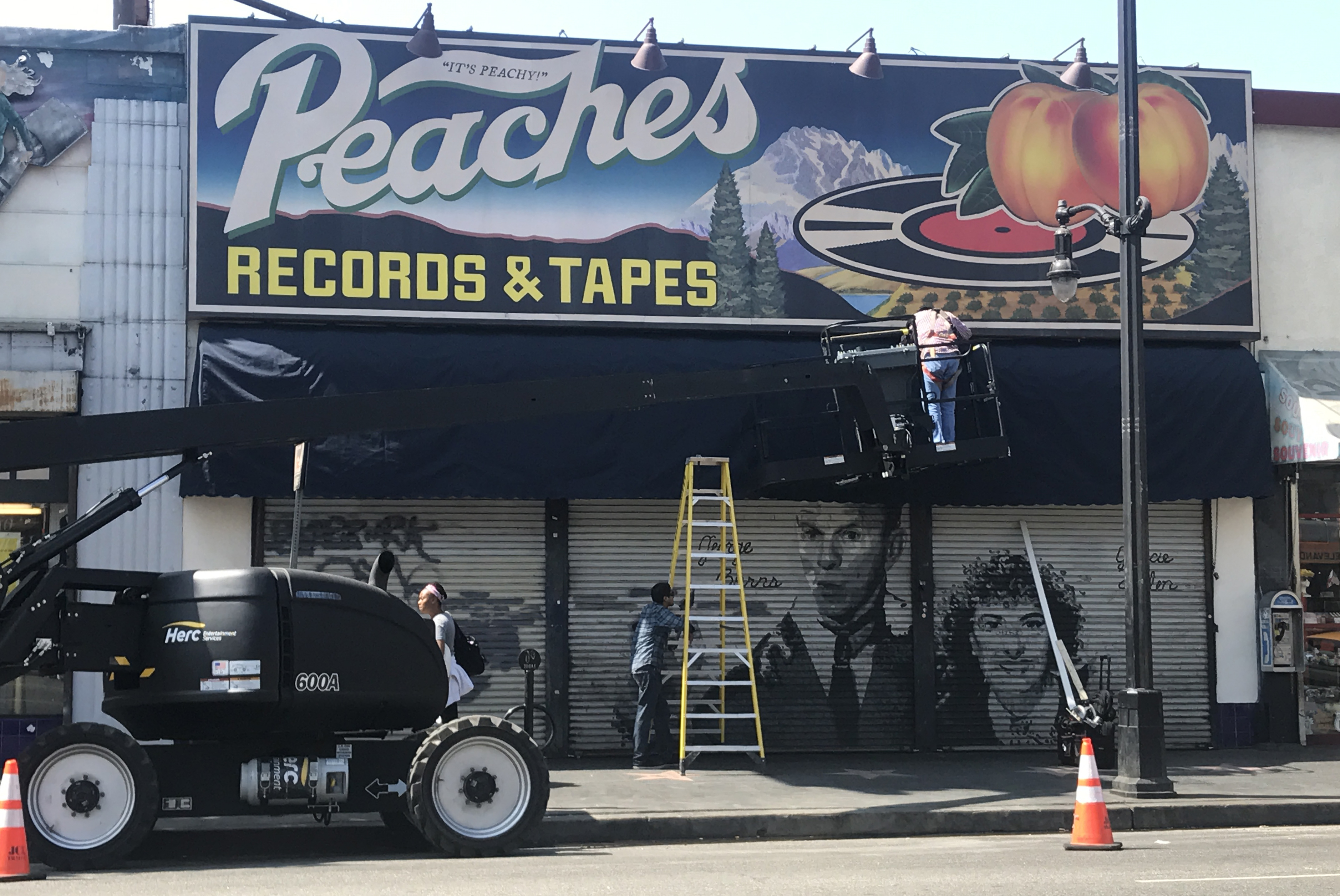 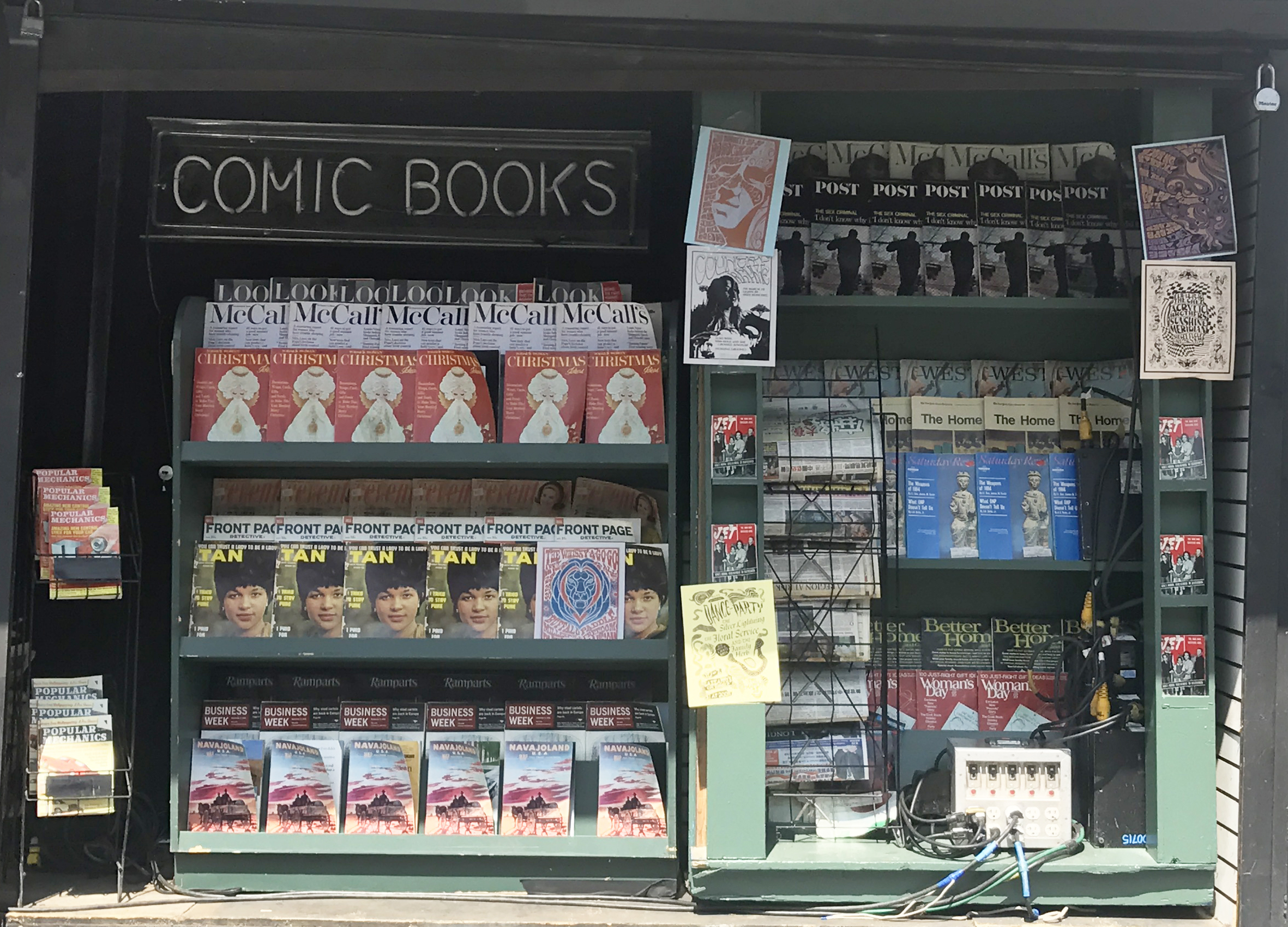 While the action may be set in 1969, the set dressing reflects a broader timeline. The magazines on the newsstand date to 1968, Peaches Records & Tapes took out a grand opening ad in November of 1974, and permits show that the Pussycat theatre signage went up in March of 1975. 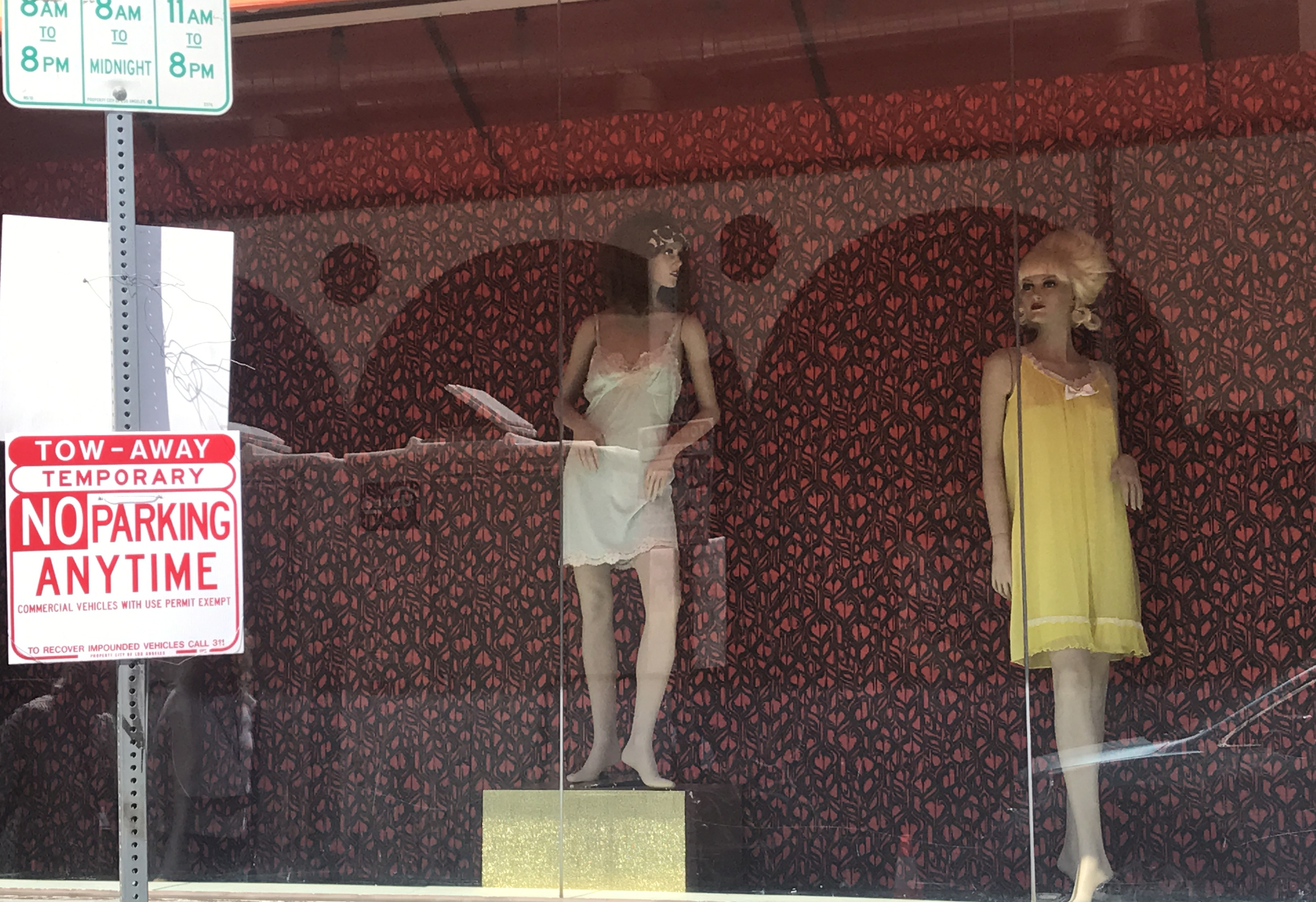 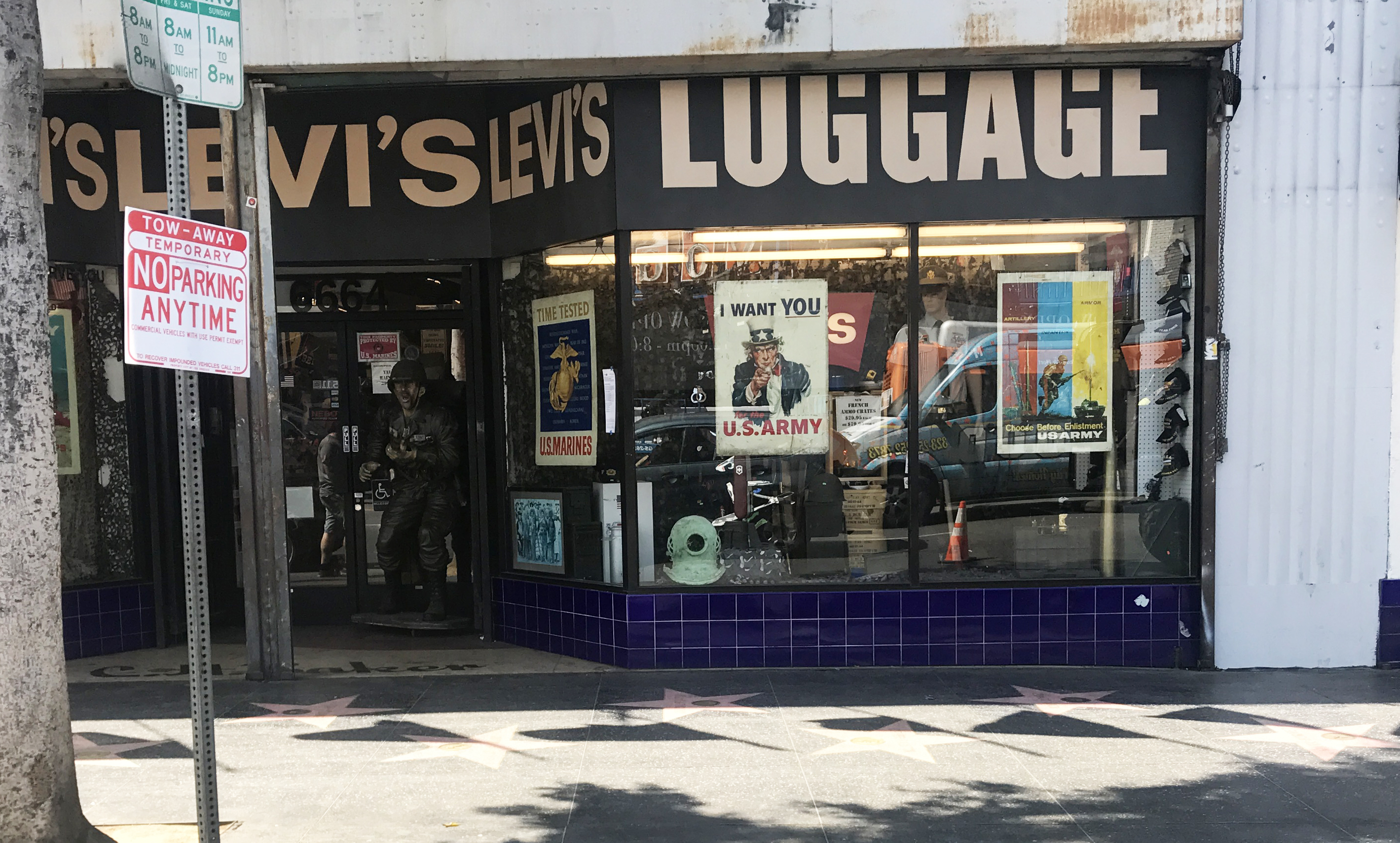 Nevertheless, it is breathtaking to see the stores filled with beehive wigs and tube TVs, and the spectacular neon soldier above Supply Sergeant flickering to life once again. I especially love seeing the technology of digital LED theater marquees turned back into white plastic and changeable letters. 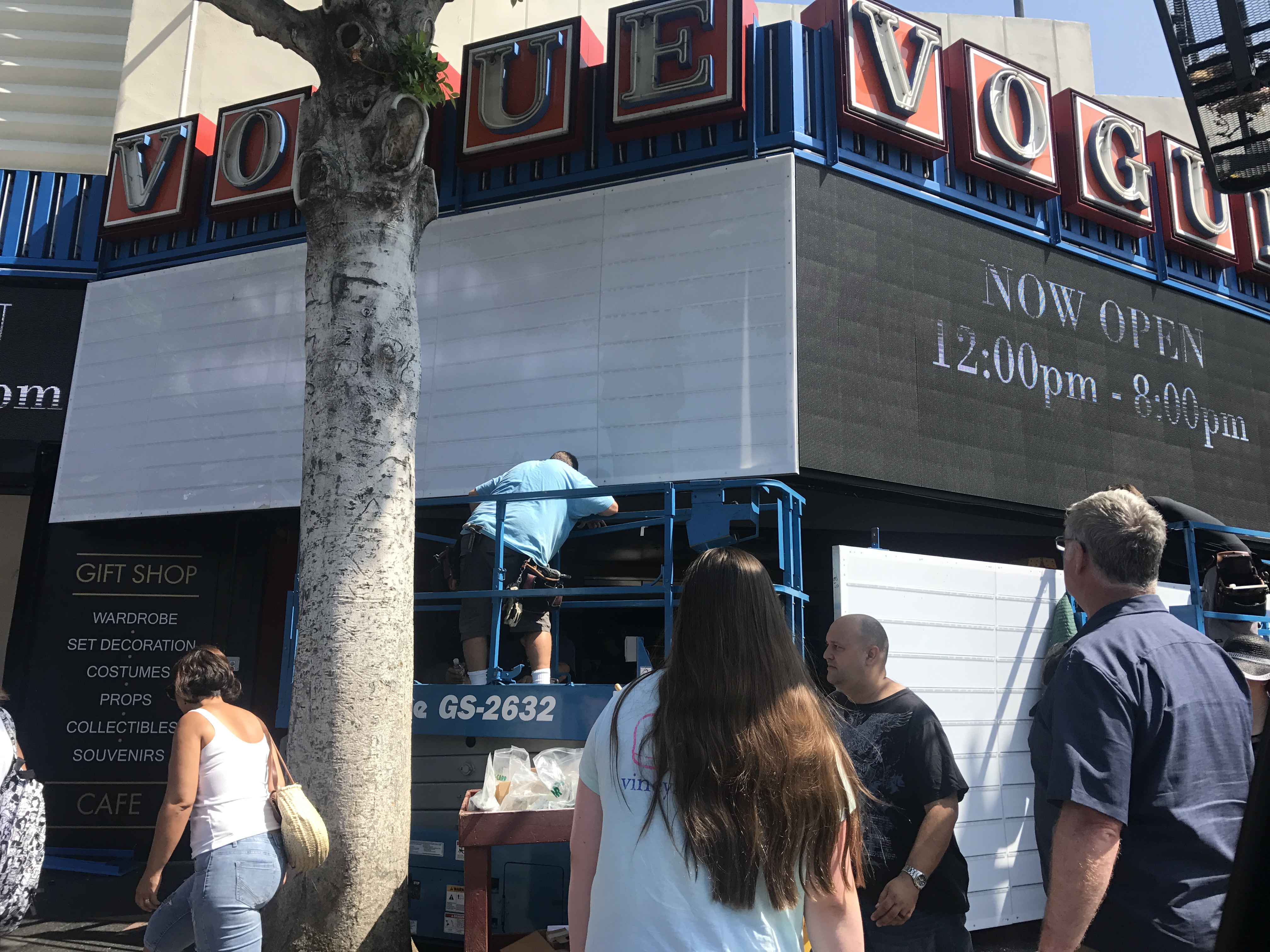 “I think he’s going to transport us,” DiCaprio told Esquire earlier this year. “I’m a huge fan of Singin’ in the Rain — movies about Hollywood. As an LA native, having read the script, it’s one of the most amazing screenplays. We are going to do our best job to make it fantastic.” Once Upon a Time in Hollywood opens July 26, 2019.

Documentary on the Anniversary of His Crimes