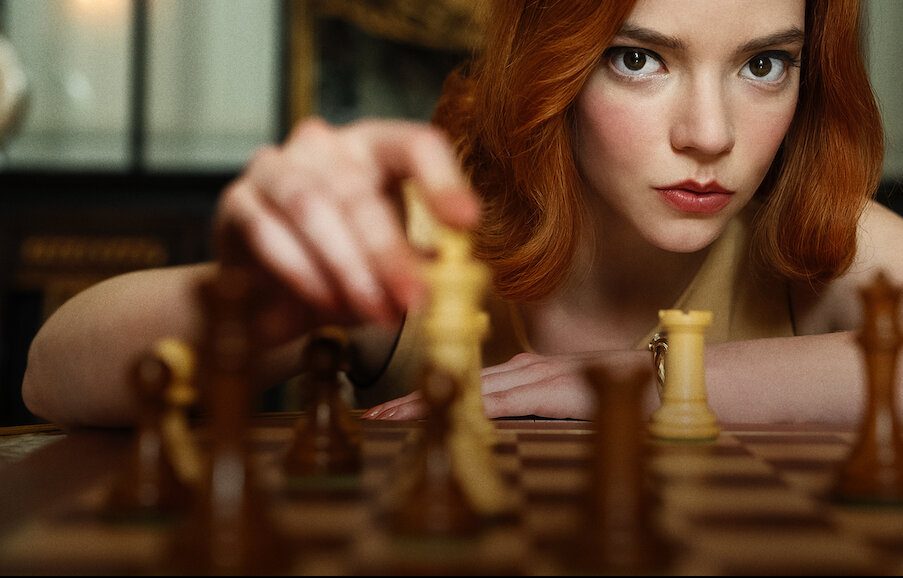 Actress Anya Taylor-Joy may play the central character in The Queen’s Gambit, a mega-hit Netflix drama about a Cold War-era chess prodigy, but for many viewers, it’s chess itself that’s emerged as an unlikely star. The show’s popularity appears to be inspiring a surge in interest in the game.

The show, viewed by more than 62 million people, is now Netflix’s all-time most-watched scripted limited series. And, it seems, an awful lot of viewers liked what they saw on screen. Since The Queen’s Gambit premiered on Netflix in late October, sales of chess sets have spiked nationwide.

“Manufacturers and retailers weren’t likely prepared for this increase in sales,” Julie Lennett, a toy industry analyst, told The New York Times. “If consumers want a chess set to give as a gift, I would highly recommend they buy it now before they sell out.”

Mary Higbe, director of marketing for chess board manufacturer Goliath Games, told NPR she has observed an even more dramatic impact, starting within days of The Queen’s Gambit dropping, and then exploding in November.

“Our October sales for chess were up 178 percent over the same period last year,” she noted. “Our chess sales [this month] are up 1,048 percent.”

On eBay alone, chess sets and accessories have shot up by more than 200 percent, with classic wooden styles and vintage sets–those most similar to what appear on the show–leading the trend.

The Times reports that even streams of chess matches on Twitch are experiencing “skyrocketing viewership.” Enthusiasts wanted more than 4.2 million hours of people playing chess on the platform in the last month–double the amount watched during the same period of 2019.

A spokesperson for the International Chess Federation, David Llada, told the paper that the show is having an impact on global excitement for the game similar to high-profile world championship matches, like the meeting of Bobby Fischer and Boris Spassky in 1972.

“The chess community fell in love with the series because it successfully portrays different aspects of chess in all its richness: It’s easy enough to be fun to play, but also complex enough to pose a challenge,” Llada said. “It is nerdy, but also cool and fashionable. It is intensively competitive, but full of interesting, creative and colorful characters.”

RELATED: 7 Chess Sets to Go with Your ‘Queens Gambit’ Obsession