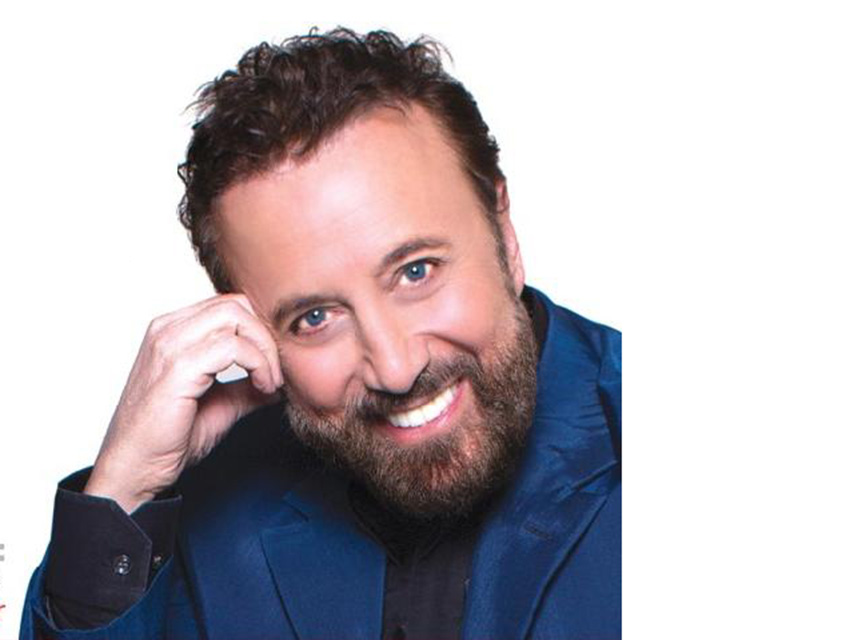 Maybe you remember Yakov Smirnoff. In the 1980s, he was the bearded, thickly-accented, indefatigably optimistic Russian guy who made jokes like, “In America you watch television; in Russia television watches you!” (It’s known as the Russian Reversal and it’s got a fanbase.) After the fall of the Berlin Wall killed his career, Smirnoff moved to Branson and spent two decades cracking up audiences with the clean, patriotic, fish-out-of-water shtick that had made him famous. Along the way, he developed other interests—like grad school. Smirnoff had become convinced that laughter was the key to relationships, especially romantic ones, and the University of Pennsylvania’s program in positive psychology allowed him to explore his theories. In America, you get a master’s degree; in Russia, degree masters you!

How did you evolve out of being a typical standup comedian and into this new role?
My career was built on Cold War. I came to America and a year or two into being here, I am making movies with Robin Williams and Tom Hanks. It was pretty remarkable, but I didn’t understand why I was so popular. And why would I want to know? I was too busy buying nice cars and chasing girls. Things were going great. Then the Soviet Union collapsed. It was Christmas Day of 1991. David Letterman did a “Things That Will Now Change” Top 10 List. Number one was “Yakov Smirnoff will be out of work.” And I thought it was funny. I was living the American dream in Pacific Palisades with my wife and daughter, doing Las Vegas, Atlantic City, Reno, Tahoe, all of that. Then six months later, all of the contracts were not renewed. At that time, I wasn’t savvy enough to understand what had happened.

What did you do?
I started looking for a place where they didn’t know the Soviet Union had collapsed. Branson, Missouri was one of those places—probably the only place. But it was a blessing in disguise. I went there, brought the kids, started working hard, rented a theater, and little by little built an audience. It’s been 20 years. So the evolution happened gradually. I started looking at why was I successful. It was because there was tension between Russia and America, and I was releasing that tension. I thought I was funny, but I was an Advil for a headache that Americans had from the Soviet Union.

Could it be that you were funny and you hit at the right time?
You’re right, but the big part was that the tension was there. So I started looking around at what was happening and I realized there was another tension building and it was the tension between men and women. The Cold War was happening and the divorce rate was rising; those things continued to do so for the same reason. I saw that when people are connected the right way, they don’t fight. They laugh. So that became my quest. As long as there’s tension, I have job security.

In the early part of your career you capitalized on existing tension. Now your career is about—
Releasing the tension. Gorbachev and Reagan connected the right way and laughter was the result.

Is that story true about you helping Ronald Reagan with the speech he gave in the Soviet Union?
Yes. There’s a lot more to it and I shorten it. The White House asked if I would look over the speech Reagan was going to present. They were nervous how they were going to position themselves going to Russia. I said, “I’m not an expert in this, but I’ll look it over.” I read it and I didn’t like it. I told them that you’re talking down to [the Russians] and I don’t think they will appreciate it. I think you need to talk to them about what you’re experiencing in America. So they said, “Why don’t you rewrite the speech?”

Did you add more jokes?
I added jokes, but I also changed the tone of the speech. It became more like friends talking than like a father talking to a child. And they liked it. Most of it they kept. I was watching it very nervously, thinking this is a dangerous place to be. If it doesn’t work, what am I going to do? It worked out. Reagan and Gorbachev got along, but nobody warned me that the Berlin Wall might come down and it might keep me out of work. A courtesy phone call might have been nice. I got a pink slip from David Letterman on national television.

So the Berlin Wall comes down and you move out to Branson. Do you find new material or do you keep doing the old material?
I kind of saw the writing on the wall in the ’80s that things were changing. So my material also had to do with my marriage and my kids. Comedians, whatever they experience in their lives, that’s what they talk about. So my material was shifting, it was just the industry here that had a very specific vision of me. When I came to Branson, people just wanted to laugh. If it was jokes about Russia, they would laugh about that. If it was jokes about my family, they’d laugh about that, if it was jokes about learning English for 20 years moving to the Ozarks I having to start all over again, they would laugh about that. My humor was friendly, clean, patriotic, which are all the qualities that they embrace dearly. And it was easy for me to do.

Never.
Exactly. It really doesn’t affect your life. My show has around 20 minutes about me and my life then an hour and 10 minutes or more about people in the audience. This is just awareness with some humor. I’m smuggling consciousness a relationships gift wrapped in laughter. One lady came over to me after the show and said, “My husband and I split up five years ago. He’s been trying to get me back into a relationship for a long time. This show did way more than therapy did.” I’m giving people knowledge that I think is crucial because laughter is a byproduct of a healthy relationship—any relationship but especially a romantic one.

When did you get interested in these ideas on an academic level?
I’ve been fascinated with this for years, so I put out an email to major colleges and said, “I’m looking for a program that would help me develop more of an understanding of this love and laughter theory that I have.” I got a response from Martin Seligman, a professor at University of Pennsylvania. I have a master’s program in positive psychology that might be up your alley. They enrolled me. I was commuting, doing shows in Branson and doing the program. I graduated 2006.

Did you do any research?
I monitored speed-dating. My hypothesis was that if people laughed together they would want to go out on a date. It didn’t turn out to be true. There was not a correlation. They were nervous and there was laughter, but they didn’t end up going out. I don’t know who ends up going out after speed-dating, because their stats were not confirming what they’re advertising. However. I learned that women laughed twice as much as men do. The theory didn’t prove itself but the research led me to a totally different realization which was probably more important: men want someone who will laugh at their humor and women want somebody who will make them laugh. And that was not obvious at all, even to a comedian. But that’s the dynamic of courtship.

What have you learned from doing your show?
Every time it’s the same thing. People walk into the room single file and they’re disconnected, they’re sitting down and making small talk. As the show progresses, I watch them and they lean toward one another, closer and closer. Then they’ll hold hands toward the end of the show. That’s the transformation I aim for. It’s always a work in progress. The old couple [I mention in the show], Raymond and Irma Ziff in Thousand Oaks, he said, “People told me that to make her fall in love with me I have to make her laugh, but every time she laughs I fall in love with her.” It’s brilliant.

If you had a chance to look at a speech Obama was going to give in Russia, what would you tell him?
I think you’re dealing with a very smart, savvy politician in Vladimir Putin. And he is a product of the KGB; as I said in the show, KGB stands for Kiss Goodbye Your Butt. I would be very cautious and know that you’re playing with a very clever poker player who knows what he is doing. However, I would still encourage the same thing that I encouraged Reagan to do. Tell him about us. Tell him what we’re doing and what works for us. Don’t tell him what to do. Encourage them to just hear you and say, “This works for us. In our systems we have this. And freedom works for us.” However, I think this has been a long-term policy for Putin. He survived all these years pretending that democracy exists; it’s a puppet show there. I would just say stay true to who we are; that’s all we can do.

The one thing I noticed you didn’t do in your show was the Russian Reversal.
They attribute that to me. I did a Miller Lite ad where I said, “In America you can always find a party. In Russia the Party always finds you.” That started it. Jay Leno made fun of me. He said, “In America you drive a car; in Russia car drives you.” It made no sense but it caught on. So people think that I am the one who is doing it. I think it was more Jay because he was making fun of it. I never got into it, but there are hundreds of them.