Home Theater Q&A: Stage and Screen Star Alfred Molina On the Benefits of a... 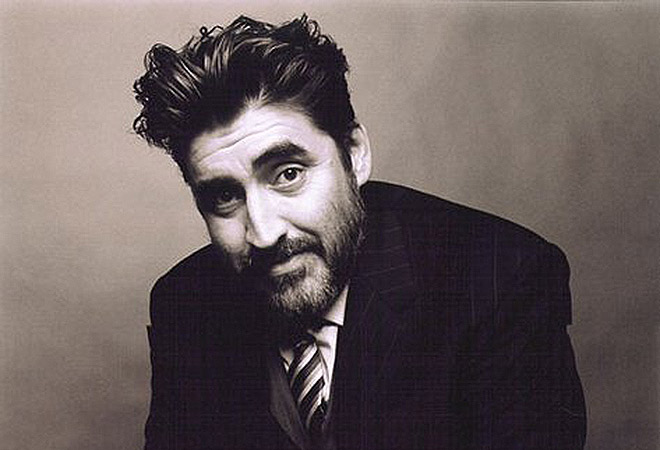 [UPDATE, April 8, 2014: Alfred Molina has dropped out of An Enemy of the People due to scheduling conflicts. He has been replaced by Gregory Harrison.]

Filmgoers know actor Alfred Molina as Doc Ock in Spiderman 2 and Diego Rivera in Frida, but local audiences may also know Molina from his appearances on stage in such productions as The Cherry Orchard and Red (both at the Mark Taper Forum) and the Tony Award-winning production of Art. He is also a supporter and regular participant in radio theater performances of plays for L.A. Theatre Works.

In our April issue (on newsstands now!), Molina talks about the actor’s transition from stage to screen, and next month, he will portray Doctor Thomas Stockmann in LATW’s production of Henrik Ibsen’s An Enemy of the People (April 10-13 at UCLA’s James Bridges Theatre). In the play, Dr. Stockmann finds serious contamination in the drainage system that supports a bathing complex built to boost the economy of the town.  At first he is thanked for his discovery, but soon his brother, the mayor, instigates an effort to discredit his brother because the cost of fixing the problem is too high and risks ruining the business community. Here he elaborates on the project.

What appealed to you about doing An Enemy of the People?
It’s a perfect example of a perfectly wonderful play. It doesn’t get done very often, partly because there’s a large cast and the economics of theatre—it’s a hard one to do today. It’s also very timely with its themes of ecology. It’s essentially a story about a man concerned about the environment and how big business massages the debate in order to secure its own interest In turn the environmental lobby massages to protect theirs. These plays are timely because they are not about issues; they are about human beings.

What are the challenges of playing Dr. Stockmann?
It’s the challenge of making him not sound like a standoffish intellectual elitist. Very often when you have an active or dramatic debate between characters of opposing positions, it’s easy for the heroes to sound like they are taking the higher ground. The play is really as much about Stockmann’s resisting the inevitable, but at the same time doing it for all the right reasons. The title itself is rather ironic: He’s actually the enemy of big corporate businesses who are making him sound like the enemy of the people.

What opportunities does L.A. Theatre Works offer you that are unique to that program
It is a chance to do some really good plays. And the great thing about Los Angeles is that there is the enormous pool of talented actors who are keen to keep working.  Most of us make a living in film and television, but there’s always this hankering to do theatre.  LATW offers a creative haven where the quality of the plays is very high and the nature of the work is very good.

LATW shows are recorded for broadcast on the radio in front of an audience. Does that change the performance you give?
Not really. The live audience gives us an environment that’s good for us. It gives us a little jolt. It ups the ante. Any kind of first night nerves are good for us. The live audience is getting the play in the same way the radio audience will, except the radio audience has the benefit of hearing the best versions of everything over all of the performances. I’ve gone to listen to LATW productions being recording and it’s still a thrilling experience. It’s great for us as actors to be able to record with a live audience.

What role does theatre play in the city of film and television?
We’re in an industry town that sucks out all the oxygen in the room. That’s how it should be. That doesn’t mean the standard of theatre is low. The standard is very high. We’re bound to be perceived as the poor relation, but that has nothing to do with the standard of the work.

Audiences are always surprised to see people who earn their living as screen actors show up in a play. What amazes me is when I hear audiences say, ‘That’s the guy from such and such television show.’ The subtext is, ‘What the fuck is he doing here?’ They don’t say that, but that’s what they’re thinking.

What other roles would you like to do either with LATW or elsewhere on stage?
I’d love to do a production of The Heiress one day. I’d love to do Willy Loman (Death of a Salesman) one day. There’s so much available, but it’s hard for theatre companies to put on these shows because they were written in a time when a two and a half hour play with ten people in the cast was normal. I can’t remember the last time I did a play like that. The last play I did (Red) had two people. The play before that had three (Art). And they lasted 90 minutes. I’d love to play Henry Higgins in Pygmalion, but there are, like, 17 people in that cast. Who’s going to put that on?

How long will you continue acting in theatre?
Most actors who become more active in the theatre as opposed to film and television tend to be those who started in the theatre. It becomes a more logical, organic move. I’m 60 now, and I was talking to some actors who are four or five years older than I, and they are preparing for big productions in New York or London. I want to make sure I can still do it. I want to make sure I can still remember the lines. You get into late middle age and you wonder if you still have the stamina. It’s hard work on the body. It uses a set of muscles that don’t get used in TV and film.