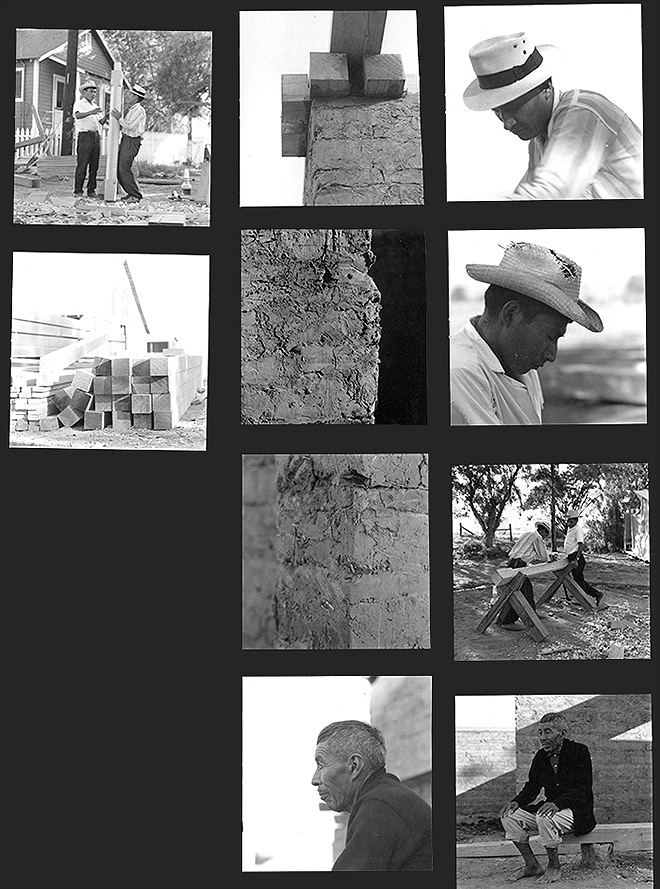 When my friends Robert Kett and Anna Kryczka first told me about the research they were conducting on “the Farm” at University of California, Irvine, I will admit, I was lost. Thankfully for all of us, the two doctoral candidates have published a book on the subject, one which explores a history of Orange County that has, until now, been buried deep in the annals of UCI.

In the 1960s, the school hosted a countercultural social experiment where idigenous craftspeople from Guatemala, Mexico, and Samoa were brought to live on campus in an effort to foster an environment of learning through practice. Social science faculty and students studied the visitors in their day to day lives, eventually working and living alongside them.

In light of the institution’s forthcoming 50th anniversary celebration, Kett and Kryczka hope that the new tome, which will available for purchase this weekend at the LA Art Book Fair and is on sale at Soberscove Press’ website, will shed light on a somewhat controversial narrative of Southern California’s past.

Talk a bit about what the Farm is, exactly.
RK: The Farm is the last surviving piece of the original Irvine Ranch. We’re interested in its history in the mid to late 1960s. Once the university was built, social science faculty proposed to use the Farm as a laboratory for research, bringing informants from Mexico and Guatemala and Samoa to live on campus and to be the objects of social scientific analysis. While they were being observed, these informants wove, they made pottery, they made two buildings, one “pre-Columbian,” the other “colonial,” all while they were being studied.

AK: They were also simply living and raising their children and playing in the hills that were part of the non-suburbanized landscape of a 1960s Orange County.

RK: Life on the Farm was the inspiration for another component of the history that we talk about, which is the establishment of a commune there by some of Irvine’s first students. They were moved by what the informants were making and made buildings themselves out of pilfered materials, lived in chicken coops or buses, and had their own experiments in living through drug cultures, but also through craft and research. This life itself is what we’re interested in resuscitating while looking at this history. What would a day in the life of someone on the Farm have been?
AK: There was a lot of hippie putzing happening in a general sense, which a lot of the photographs beautifully demonstrate. Part of the communalists’ days would have been spent doing craft projects of their own design or in collaboration with informants, or maybe running through the orange orchards around the campus and injecting oranges with vodka as a sort of prank, or hand-making anti-war signs to adorn their repurposed homes.

RK: In terms of the daily activities of indigenous visitors, as we talk about in the book, parts of them are very intensely analyzed by the social scientists observing them and written about. But so much of what they were doing evades those writings. We get snippets of what looked to be fascinating trips to the grocery store or riding around on a tricycle from the photographs, but we can only imagine what it truly looked like.

AK: They were also hanging out with a bunch of geeky teens in flower blouses—it was quite a situation.

Why hasn’t anyone ever explored these materials before?
RK: To some extent, it’s a very heterodox history for Orange County simply because it includes the non-western “other,” the counterculture, and a lot of elements that have been suppressed in Orange County’s telling of its own story.

In 2012, you created an exhibition out of your research. How did you go about designing it?
AK: After we secured a grant from the UC Institute for Research in the Arts, we set about choosing what stories we wanted to tell. There were three or four different threads we wanted to focus on, so it became a question of making visual interest and telling a coherent story.

RK: In addition to materials we found in the archive, a lot of the research process involved looking for things that escaped the archive or that were not there to begin with. That included doing oral history interviews with some of the original faculty from the social sciences at Irvine and also doing the same with residents of the commune that was built at the Farm in the late ‘60s. Talk about the transition of taking this from exhibition to book.
AK: We always knew we wanted to have an afterlife for the exhibition. We happened to be at the LA Art Book Fair and met Julia Klein with Soberscove Press, who was a total stranger to us. We told her about the exhibition. She asked us if we wanted to make a book out of it and we were like, “sure!”

RK: She was completely enthusiastic, and we ended up getting a grant from the Graham Foundation to support the publication, so it came together through happy coincidence. We’ve taken to calling the book a portable archive because our desire is not only to offer our own arguments or perspective on the Farm but to get these materials out of the archive, reproduced in beautiful ways, and responsibly introduced.

You mentioned focusing on certain storylines while crafting the exhibition. Is that the same approach you took with the book?
RK: It’s mostly the same. The story lines are the ones that are so compellingly connected at the Farm: Modernist development, as evidenced by architect William Pereira’s development plan for UCI and the city of Irvine; the conspicuous experimentation in the early social sciences at Irvine; craft and the documentary program at the Farm; and the countercultural experiment that was born alongside it. Our book moves you through all of those stories but talks about their connections and implications for one another.

Author DJ Waldie finds the suburban culture of Los Angeles fascinating—tract housing and all—and poetically dissects his life in Lakewood, California in the memoir Holy Land. How can Californians marry that history of suburbia with the history of the Farm when the two are so different?
RK: To some extent, the Farm is an origin story but a counterexample to that kind of discourse about California suburbs. In producing the homogenous, you inevitably have all kinds of strangeness that occurs, too. In a similar sense, our book is about finding the strange in the familiar.

AK: Waldie is interested in life itself and the way it can be strange and beautiful even in the bland environs of suburbia. I think these are contiguous chapters in figuring out how it is that we got the histories of the built environments themselves.

Is the Farm considered a negative part of UCI’s history?
RK: Some people are a little reluctant to talk about it simply because social scientists see it as a very small piece of what they were doing with broader research agendas. A few of the former communalists we spoke to were very excited to talk about the Farm for the most part, but some of them have personal, emotional histories that unfolded there that they’re disinclined to remember. For us, it’s very compelling and important to talk about because as we mention in the book, it brings together many critical elements of California’s history in the ‘60s.

If there’s one thing you hope readers get out of this book what would it be?
RK: In a super general sense, to cultivate an attentiveness to the fact that there are histories like this all over the place in Southern California. We’re a region that has not until recently thought about its own history, regardless of the fact that it’s extremely fascinating and waiting to be excavated.

“Learning by Doing at the Farm” will be for sale at the LA Art Book Fair January 31-February 2. Release events including commentary, a film screening, and a Q&A with Kett and Kryczka are listed below: