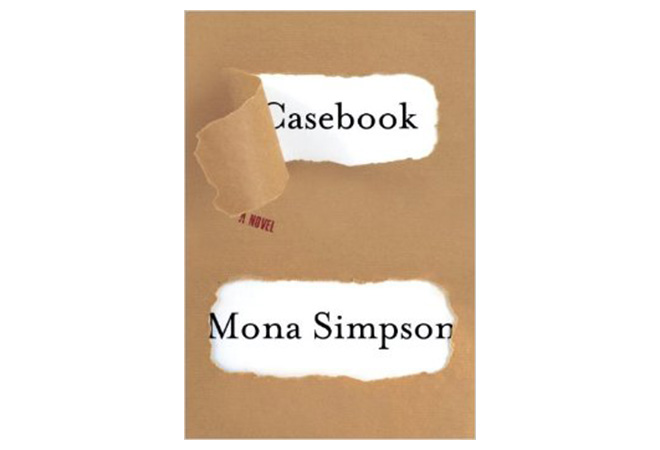 Inside all children lurks a secret detective. In Mona Simpson’s new novel, Casebook, the budding sleuth is Miles, who begins spying on his parents to gain an upper hand in disputes over his TV habits. Instead, he learns more about their inner lives than he wanted to know. When an enigmatic stranger with designs on his mother appears, his detective work becomes more important than ever.

Casebook comes out April 15, but you can also catch Simpson this weekend at the Festival of Books. She’ll be participating in the Fiction: The Human Condition panel on Sunday at 1:30 p.m. along with Jenny Offill and Elizabeth Crane, among others.

Simpson’s 1986 debut Anywhere But Here, which followed a wandering mother-daughter pair, was made into a 1999 movie starring Susan Sarandon and Natalie Portman. The UCLA professor published her last novel, My Hollywood, in 2010. With Casebook, she continues her exploration of Southern Californian lives and identities. We spoke with her about detectives, L.A., and the advantages of being Leo Tolstoy.

Where did the idea for the book come from?
I had a couple of different ideas. I was trying to write a love story but it wasn’t coming together. What really started Casebook for me was the voice and point of view. I needed some limitation, some way of narrowing the story because there were a lot of adults involved and a lot of complicated things. I didn’t know how to balance the perspectives or weigh one over the other, so I felt more comfortable writing from a limited point-of-view, seeing things through the eyes of a kid who doesn’t understand what is going on.

What comes first: characters or plot?
Often I’ll be intrigued by a voice first. In this case I did have some of the story ready, I just didn’t know how to tell it. I was looking at it and I realized I wanted to tell the love story from a distance. In my life—and I don’t know if this says something bad about me—I have more often been in the position of watching the lovers and seeing things from the outside than I have been part of the affair myself. This perspective made the whole thing easier.

Is a limited perspective a good one to write from?
It depends on how it’s done. I would love to have that really calm, really stabile, evenhanded vantage point of, for example, Tolstoy. He’s writing about a world he completely understands. That’s very appealing.

Where does Miles, the protagonist, come from?
I was going for a brainy kid who reads a lot of Sherlock Holmes. A tender kid, too. I grew up with a mother who had several romances that I didn’t understand. I was very protective towards her but at the same time a little disgusted, too. I guess a bit of me is in there, but Miles is his own kid. I had some boys read it too. That’s one of the advantages of teaching. You can hire your students to vet your young voices to make sure you’re not off.

Miles’s sleuthing starts very innocently. He expects to find things that will actually reassure him. But what he ends up hearing is the tail end of something that’s much more dark and mysterious to him and he can’t stop. He finds himself obsessed with all of it.

What kind of research did you do for this novel?
I interviewed a number of mathematicians [In the novel, the protagonist’s mother is described as “pretty for a mathematician”] and private detectives. Fifty years ago, a lot of detective work had to do with cheating spouses, but today it’s more about security and background checks. I interviewed a man who runs background checks on reality TV show contestants, for instance. It was a lot of fun, this being L.A. and all.

What is your relationship to L.A. like?
I think my relationship to L.A. shines through in the novel. It’s a changing relationship, but I do love L.A. I hope that’s evident in the book. It’s as much a metropolis and intellectual center as New York, Paris, London, and Rome. You used to hear New Yorkers making snide remarks and Angelenos defending L.A., but no one even bothers anymore. L.A. doesn’t need to defend itself. It has self-respect. So many things are going on here.