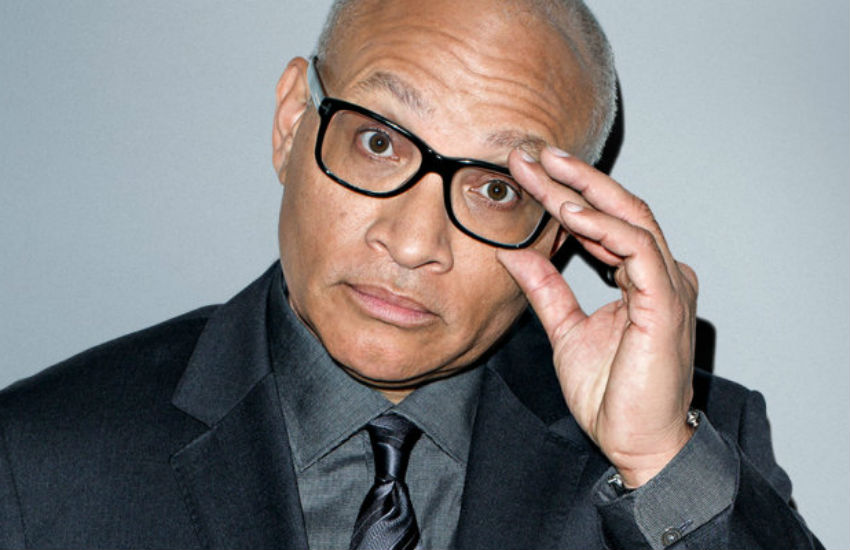 The heir to Stephen Colbert’s former 11:30 p.m. slot on Comedy Central is Larry Wilmore, best known for his stint as “senior black correspondent” on The Daily Show, whose appropriately named The Nightly Show premieres Monday. Wilmore, who started his career as a writer on shows like Fresh Prince of Bel Air and The Jamie Foxx Show, and later went on to create The Bernie Mac Show, began appearing on the The Daily Show in the mid-2000’s as commentator on all things race and politics. Wilmore’s deadpan delivery and hilariously surreal ideas for how to improve society (like his 2009 book, I’d Rather We Got Casinos: And Other Black Thoughts) make his brand of satire particularly sharp, and we can’t wait to see what he’ll dish up for us in the inaugural show Monday night.

We spoke with the newly minted TV-host about his new gig on Comedy Central, being laid back in New York, and running laps around the Rose Bowl.

You’ve said The Nightly Show will be different than what’s already out there—but it will serve up cultural commentary like The Daily Show and The Colbert Report. What kinds of issues do you want to address?
Whatever issues are out there! Our point of view is from the underdog, whether we are talking about something the President said or something that’s going on in the world.

Has anything happened recently that made you think, this is the kind of thing I’m looking forward to covering?
2014. How about that? It’s been an incredible year for things to cover. That usually happens—on the Daily Show, whenever we are off the air, all kinds of things happen that you wish you were on the air to cover. But there are always new things out there, too.

You’ve decided to have “players,” in the comedy troupe tradition, rather than “correspondents.” Does that small distinction mean you intend to shake up the format we’ve come to expect from The Daily Show?
Well, the players will do some correspondent-like things, go out into the field and cover things. But we’re not going to try and parody the news the way The Daily Show does, we won’t do that ‘live reporting’ thing. I don’t want to do what The Daily Show already does and I don’t want people to think they’re just watching more of the Daily Show when they’re watching my show. Certainly not.

Earlier in your career you were very involved in The Fresh Prince of Bel Air. That show was so L.A.—it just couldn’t be set anywhere else. It makes me believe the Angeleno experience is very much a part of your viewpoint.
Absolutely.

Do you think you’ll take that with you to The Nightly Show?
Well I was born in Los Angeles so I’m a true Angeleno. And I’m a true Lakers fan—I’ll probably have my Lakers hat on the set somewhere. Some people feel my style is a little more laid back, or chill, and that’s a Los Angeles vibe more than a New York one. But I’m not an L.A. snob. I can criticize L.A. because it’s where I’m from.

Would you have liked to film the show in Los Angeles?
Absolutely. Ultimately? Who knows. It could be done here. But living in New York allows me to eat more because of all the walking. I’m getting my exercise.

You weren’t doing laps around the Rose Bowl before?
I’ve done that too! I actually did my first triathlon last year and that’s a cool L.A. thing to do. I did some swimming practice at the aquatic center then used the Rose Bowl for running and biking. I love Pasadena. I’m a Pasadena-file, actually. I’d love for my daughter to be the Rose Queen, that’s how sappy about it I am.

You would have to update your professional bio from talk show host to father of Rose Queen.
Nothing would make me happier.