Home Uncategorized Q&A: Catching up with ZZ Ward After her Coachella Debut 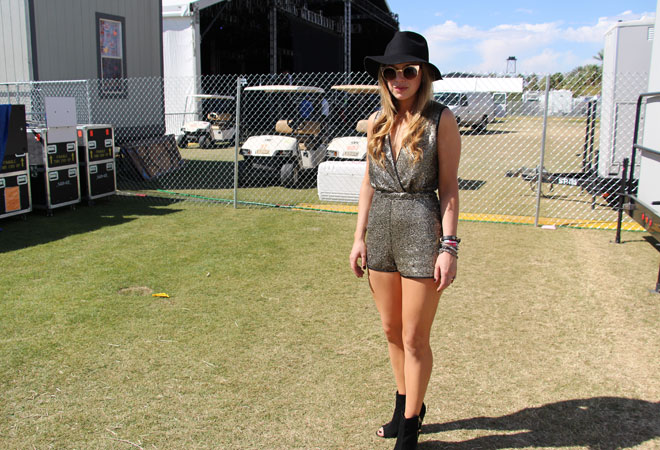 There are few artists on the Coachella bill like ZZ Ward. The Oregon native grew up playing the blues with her dad, who introduced her to Etta James, Muddy Waters, and Big Mama. As she got older, she found another musical love, perhaps an unlikely one, in hip-hop. Her well-received set in the Mojave Tent on Friday afternoon proved that it’s possible to happily marry the two genres with fire and flair. Ward’s debut album, ‘Til the Casket Drops, featured a number of collaborators including Kendrick Lamar, and her single, “Put the Gun Down,” landed her in the Top 40 on the Billboard Alternative chart. We caught up with the singer-songwriter right after she wrapped her Coachella debut.

What was it like playing this stage for the first time?
It was pretty incredible. There were a lot more people than I was expecting. I never know what to expect at festivals because people just come over if they want to hear you. The fact that so many people came to hear me kind of blows my mind. I’m still wrapping my head around it.

You got the crowd early on the first day, so you’ve got them while they’re fresh and pumped up to kick off the festival.
Their energy was incredible. I couldn’t have asked for more. They were great.

How would you describe your sound?
I’d say my sound is a mix of old blues and hip-hop with a little rock in there.

Speaking of blues, you’re opening for Eric Clapton next month. How did that come about?
I am. It’s very exciting. It’s like most opening acts: If the headlining act hears you and they like you and they believe in you enough to let you tour with them, then that’s how it goes. That’s how I pick my opening acts, and I assume that’s how he picked me.

What’s your dream Coachella collaboration?
If I was on stage with OutKast and Big Boi came out, I’d be the happiest girl around.

What’s your top Coachella survival tip?
Drink a lot of water. Stay hydrated. Don’t get drunk too early. So simple, but that’s probably the most important one.