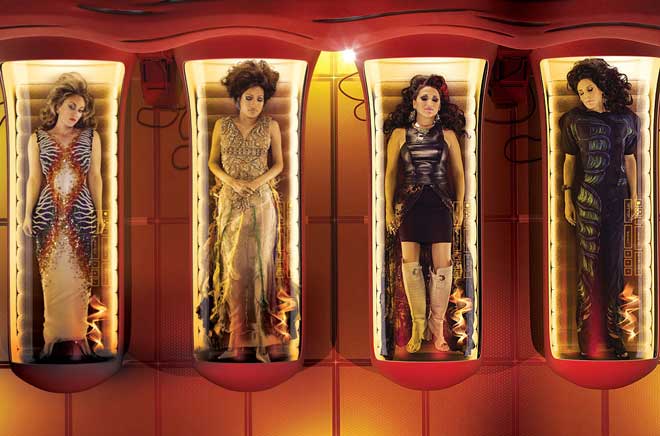 Last month they were defying the laws of gravity in our futuristic style spread; last night the four women of Push Girls were winning big at the Critics’ Choice Television Awards. The Sundance Channel reality series was named Best Reality Series along with the A&E show Duck Dynasty.

The stars of the show, Tiphany, Angela, Auti, and Mia have defied the conventions of a genre steeped in overblown histrionics and manufactured drama to create an authentic, hour-long look at their lives as paraplegic women.

Moving along a deeply emotional rhythm the show explores challenges that are universal — dating, difficult parents, relationships, the desire to have children – and unique to their lives, like finding the right caregiver. Season two of Push Girls premiered in early June with ten new episodes. With this award, it’s a good bet it will be back for season 3.

Other winners at last night’s ceremony include The Big Bang Theory for Best Comedy Series and The Voice for Best Reality Series Competition. The complete list of winners can be found here.