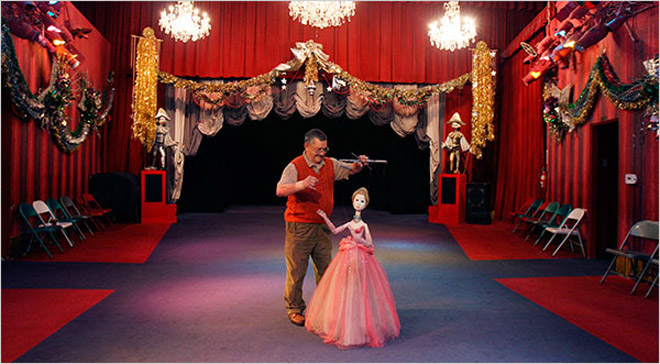 For more than half a century, in a cramped cinder-block building beneath an overpass, Bob Baker has presented the city’s most enduring theatrical event for the ten-and-under set. Dragons and kings, ballerinas and clowns, skeletons in top hats and cats in flared slacks are among the handmade troupe of fabric-and-foam actors who have entertained generations of L.A. schoolchildren.

Baker, 88, found his calling early on. By the second grade he had debuted his first puppet theater, which featured a sashaying Greta Garbo figure, behind the family home in what is now Koreatown. In 1960, he opened Bob Baker Marionette Theater in the no-man’s-land between downtown L.A. and Echo Park. When not enthralling kids, Baker’s marionettes acted beside Elvis Presley and Judy Garland and guided Richard Dreyfuss into the spaceship in Close Encounters of the Third Kind. Then his business partner of 41 years, Alton Wood, died in 2001, and the theater became entangled in several legal and real estate knots that now threaten its existence.

Although ardent fans have mounted a series of benefits, the curtain may come down for good after Baker’s candy-colored staging of The Nutcracker, which runs through January 27. The puppeteer’s arthritis prevents him from pulling the strings much, but he’s happy to bask in the glory as long as it lasts. “A little boy stayed after the show recently, ” Baker says. “He told his mom, ‘Rewind it! I want to see it again.’ ”