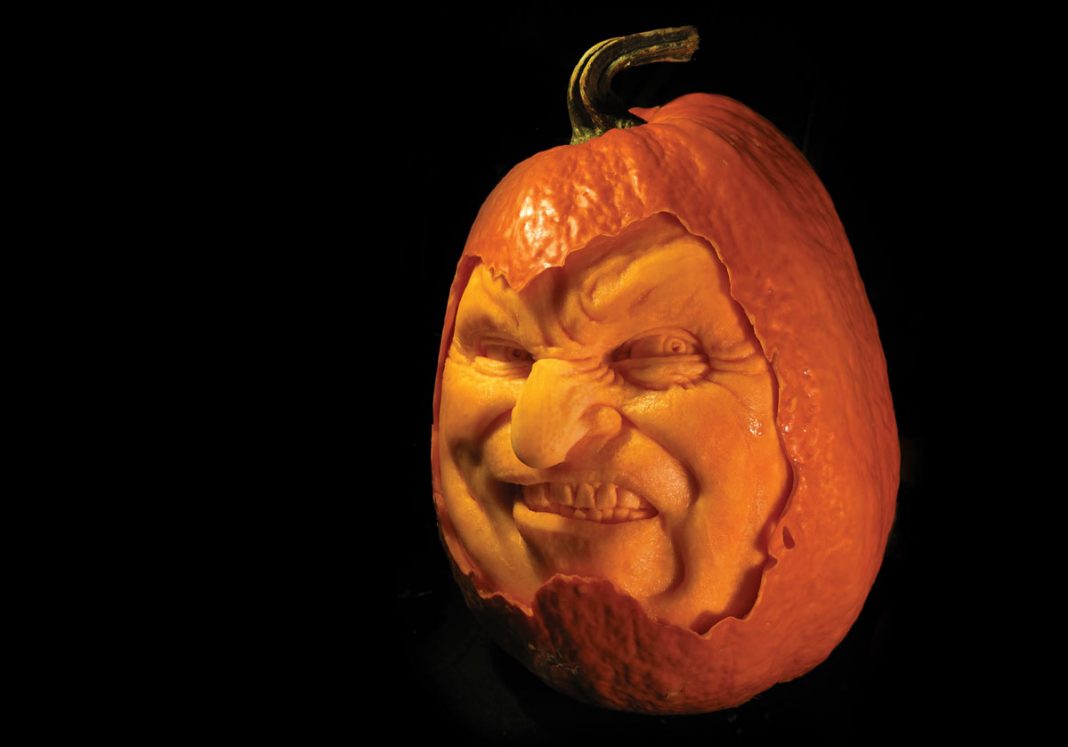 If you’re looking to make a truly great jack-o’-lantern, Jon Neill believes you’ve got to be bold. “Be brave,” says the 51-year-old West Hills-based professional pumpkin carver, who charges several thousands of dollars for his orange creations. “Your brain will go to self-doubt, and you just have to persevere and push through.” A conceptual artist and sculptor for the film industry, Neill has done everything from craft a dinosaur for Steven Spielberg’s The Lost World to knife Alice Cooper’s face into a fabulously ghoulish gourd on Jimmy Kimmel Live! Here he shares some tips for making your own masterpiece.

Start with a good canvas

Instead of urban patches with pre-picked gourds “sitting in the sun,” Neill prefers pulling his right off the vine at McGrath Brothers Great Pacific Pumpkins in Ventura or Underwood Family Farms in Moorpark. Freshly picked pumpkins tend to last longer after carving, he says.

Go beyond the basics

Neill recommends being more creative than carving triangle eyes. “Tim Burton
designed a lot of fun imagery that you can pull from,” he says. He’s also fond of zombie pumpkins—but they don’t even have to be scary. No one will be mad at a SpongeBob Square-Pants-o’-lantern.

Neill specializes in layered carvings that never fully pierce through the flesh. They last longer, and you don’t have to bother with scooping out the seeds. Practice first on a ball of clay, and illuminate your finished creation from above or below, he says, “so that you see the shadows.”

Items you already have around the kitchen, such as vegetable peelers, cookie cutters, and apple corers, are all great for achieving various effects and shapes. Neill even uses a “scouring pad to soften some of the tool lines to make the skin look more organic and less carved.”

To prevent your creation from going moldy long before trick-or-treaters arrive, Neill advises regularly cleaning the surface and spraying a little bleach on it. Wrapping the pumpkin with a wet towel and throwing it in a cooler with ice now and then also helps. “Think of it as a vampire,” he says.