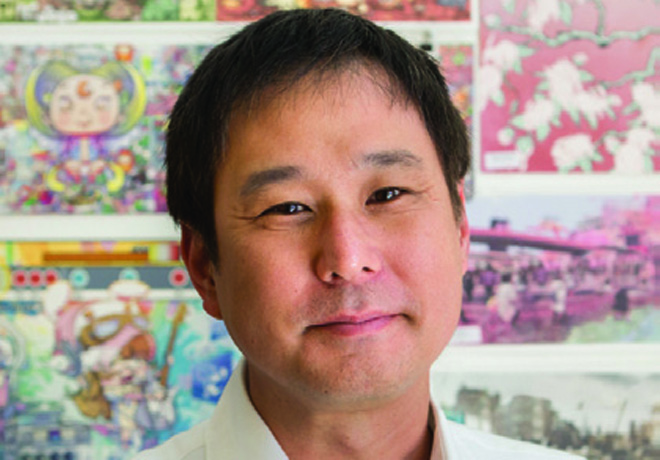 Long before anime, manga, and kawaii culture became mainstream American obsessions, Eric Nakamura and Martin Wong were celebrating them in Giant Robot, the zine-turned-glossy they started in 1994. Nearly 20 years later, Giant Robot has become a cultural force with a store in West L.A. and its own biannual museum exhibition.

Running through January 20, Giant Robot Biennale 3 includes paintings, illustrations, arcade machines, indie video games, and Project Remix, a show-within-a-show that celebrates the art of modification. More than 80 artists from seven countries were invited to customize vinyl models inspired by Uglydolls, those quirky-cute stuffed animals that Giant Robot helped popularize. Fine art? Not quite, says Nakamura, who will expound on the art form Saturday (Jan. 19) during a panel discussion. “But I think a lot of people like it because it speaks to your senses in a simpler way.”