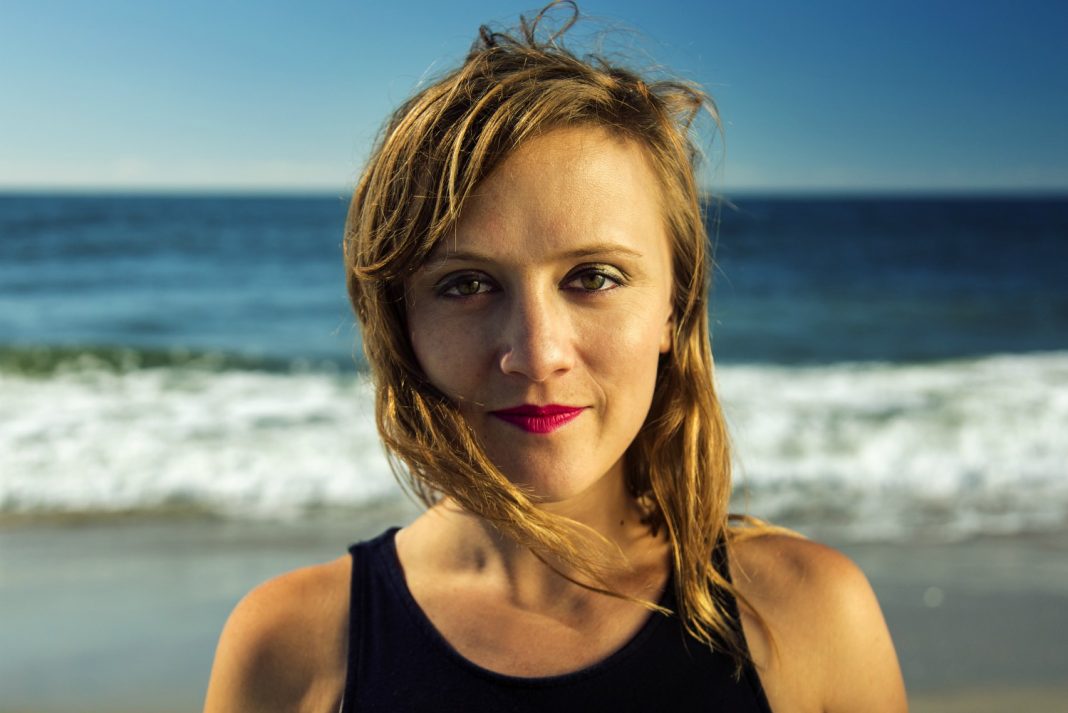 After a traumatic assault, what does life sound like, feel like, look like? What is the precise timbre and pitch of a repressed memory? And what color does that memory take on as it lurks in the fog of a survivor’s subconscious or unexpectedly surfaces?

In p r i s m, a new opera from composer Ellen Reid that receives its world premiere at REDCAT this week, a sexual assault survivor’s complex memories, experiences, and coping mechanisms are explored in intimate aesthetic detail.

The piece, which was commissioned and developed by Beth Morrison Projects and is co-presented by that company and L.A. Opera, is an 80-minute experimental fusion of theater and opera that draws on its creators’ lived experiences to explore the aftermath of sexual trauma with care and empathy.

In some ways, this is familiar territory for the medium: sopranos have long been victims of violence on the opera stage. “But so often the assault or the murder of the woman is the pinnacle of the opera,” p r i s m director James Darrah points out. “Carmen gets stabbed by a jealous lover and then it’s over. What’s interesting here is that we are exploring a psychological space. This story is about how we live our lives after we experience something deeply upsetting. Here we are watching a person recover, react, remember, and survive.”

To create p r i s m, Reid collaborated with playwright Roxie Perkins to generate an original story centered around a mother and daughter. Along with Darrah, who joined the creative team early in the process, the group spent four years developing the work.

While it marks Perkins’ first opera libretto, the themes of the piece are familiar territory for the writer/director. “I tend to write about people whose circumstances are larger than they can bear, and how they try to survive, navigate and cope with them,” Perkins says. “I have PTSD and for me the experience is lifelong. It is not something that happens and then goes away. It changes one’s experience of the sensory world. I was really interested in exploring memory, repression, and triggers, and in trying to portray them from a more interior female experience than we are used to seeing on the stage or in film.”

For Perkins, repressed memories of trauma are often closely associated with specific colors or hues, and so she used the concept of color as a structural framework for the piece. Meanwhile, Reid paints with sound, depicting the haziness of a survivor’s memory through the impressionistic sound of violins and harp, amplified electronic static, or strings and woodwinds pushed to their most extreme ranges.

p r i s m is not Reid’s first foray into opera—she contributed to the Industry’s groundbreaking mobile opera Hopscotch in L.A. in 2015 and has had several other opera projects produced elsewhere—but this deeply personal work does feel like a career milestone. In the score, Reid writes: “The pain and joy of this piece come out of my own lived experiences.”

The opera is also the culmination of an impressive professional year for the 35-year-old composer. Already in 2018 Reid has had works premiered by the Los Angeles Chamber Orchestra, the Los Angeles Master Chorale, and the Los Angeles Philharmonic. With this L.A. Opera production, she completes an L.A. classical music compositional hat trick.

“I have PTSD and for me the experience is lifelong. It is not something that happens and then goes away. It changes one’s experience of the sensory world.” —Roxie Perkins

While p r i s m has long been in the works, its themes have become increasingly prescient as the premiere approached. Reid was in the process of putting the final touches on the score for the opera at the same time that Dr. Christine Blasey Ford was testifying before the Senate Judiciary Committee that Supreme Court Justice Brett Kavanaugh sexually assaulted her when they were both teens.

“Honestly, that was really difficult,” the composer says. “When I am in the rehearsal room and we are working on the part of the opera in which the assault happens, everything about me wants to cry. My skin wants to cry. My hair wants to cry. I’m not going to cry, but that’s how it makes me feel. So having to go there and write while being surrounded by that news was just horrible. I felt often when I was working on Act Two that I needed to puke.”

Still, Reid says, it’s extremely important to deal with and talk about these issues: “Sometimes just being confronted with these themes is polarizing. I’m hoping that because we’ve been having so many conversations about it, people might be able to hear this work in a different way.”

Perkins agrees that discussions about sexual assault, trauma, and PTSD are important, particularly in a theater setting. “We talk a lot about suspending disbelief in the theater. With this piece I’m daring you to suspend judgment,” she says. “Take seriously the circumstances that people find themselves in and dare yourself to try to put yourself in their shoes.”

RELATED: How a Local Brewery Created a Beer Worthy of the L.A. Phil’s Centennial Season

From Banksy to the Ballet: Your Fall 2021 To-Do List

The L.A. Chamber Orchestra is Trying Something Very Different to Create New Music