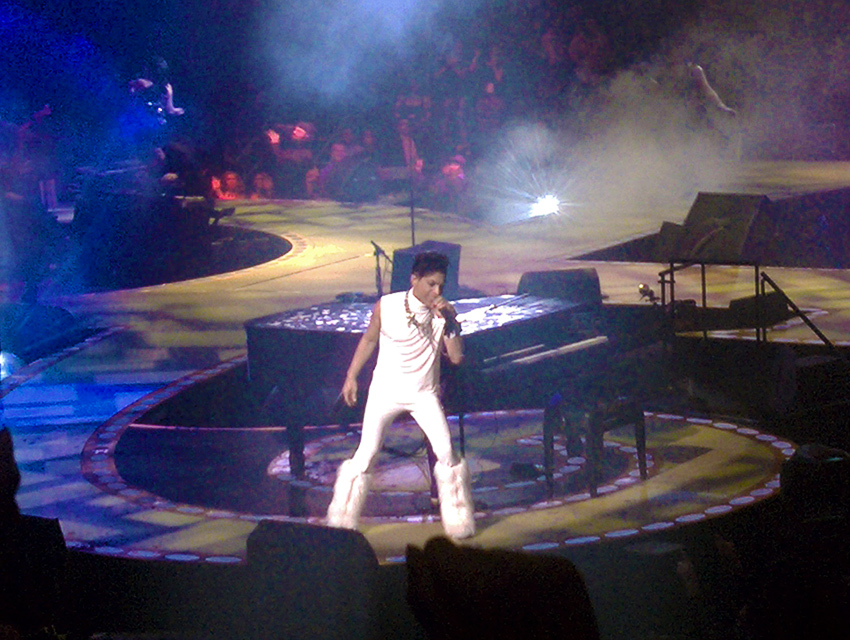 The first text I got about Prince yesterday morning wasn’t to break the news—too obvious. It was to make plans. My friends and I decided to go to R Bar in Koreatown to pay our respects, and one of them does a rendition of “Kiss” that could shut the place down. It strips his vocal chords, but he does it, usually by request, nearly every single week.

R Bar is an unusual establishment in that it’s a great karaoke bar that has yet to be bro-ified. It’s run as a speakeasy—you need a password to get in, though a dedicated group of regulars politely tolerate walk-ins, usually singing Journey. But then those regulars take the stage to sing mash-ups or Matisyahu at hyper-speed. It would all be insufferably insular if everyone didn’t obviously love singing so much.

Prince is, in a lot of ways, the perfect karaoke choice. Unexpected. Always welcome. Universally known lyrics, and a stage persona that’s impossible not to emulate just a little bit. Karaoke is 50 percent how much fun you’re having, and 50 percent how much fun the audience is having, and Prince’s hit catalog buries the needle on both. You can never be truly awful at karaoke if you really mean it, and as foolish as it is to try to pretend to be the coolest, sexiest, most absurdly talented weirdo on the planet, the Purple One is so teeming with charisma that even the worst karaoke performance benefits from a contact high. It’s a rare night at R Bar that doesn’t feature at least one song of his.

Prince actually came to R Bar once, though as celebrity-sightings in Los Angeles go, this is a particularly tame one. He showed up on a non-karaoke night to watch the performance of an obscure singer-songwriter who was playing that evening. His people came in early to clear the place out so just his entourage and certain friends of the bar remained. Only one of the karaoke regulars happened to be there, and she (unwisely) asked him for a hug, which he refused. He didn’t perform, he barely spoke to anyone. He was shy and awkward, entitled and demanding. Whatever, he was Prince. And for a few hours, the Most High had come down and visited one of His churches, sanctifying it, even if unintentionally, for eternity. Karaoke is ridiculous, sure, but is it any more ridiculous than a 4’11” black man from Minnesota with a pencil mustache, elvish cheekbones, and the psychic energy of a ready-to-bolt fawn becoming a rock god and changing the world?

You can never be ridiculous if you really mean it. We sang Prince’s songs last night. We’ll be singing his songs forever.