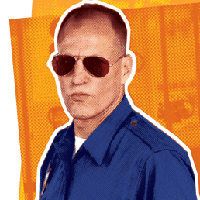 From L.A. Confidential to Training Day, many a movie plot has hinged on the wrongdoings of the LAPD. Now comes Rampart, whose backdrop is the late ’90s corruption investigation that implicated more than 70 officers in the department’s Rampart Division. While shooting the film, Oren Moverman, the director and cowriter (with James Ellroy), got word that city councilman Bernard Parks, who was the LAPD’s chief when the scandal broke, wanted to talk. They met at the Pacific Dining Car. “For him and for quite a few people who were embroiled in it, it’s still not a finished chapter,” says Moverman, whose last film, The Messenger, was nominated for two Oscars. “I don’t know if he was relieved or disappointed to hear that the movie was not about explaining the scandal. It’s about one cop in a time of change”—Woody Harrelson as Officer Dave “Date Rape” Brown, in one of the most riveting roles of his career—“who refuses to change and has to pay the consequences.” At the screening we attended, an older woman rose during the Q&A and tearfully thanked Harrelson, who lost 30 pounds to give Brown a hungry edge. “You tore my heart out,” she said.