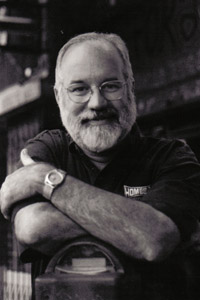 Choices are so hard for me–I can’t pick between two salad dressings at the grocery store without mulling it over, tilting my head and squinting at the neat rows of bottles for minutes on end: Italian or ranch?

So imagine my agonizing when the long-awaited broadsheet grid arrives for the Los Angeles Times Festival of Books each April, tucked in my Sunday paper. For book lovers like me, it’s a map of the Promised Land.

The schedule for this year’s event, which will take place at UCLA this weekend, held forth no shortage of difficult decisions.

Picking Sunday’s agenda was especially torturous for a ditherer like me. It would be hard to miss Bret Easton Ellis in Moore 100 at 12:30–his Less Than Zero (Vintage Contemporaries) about hedonistic L.A. youth marks its 25th anniversary this year, and fans are salivating at its long-awaited sequel, Imperial Bedrooms (Knopf), forthcoming in June.

At the same time, though, the voluble Jerry Weintraub will be talking (and talking and talking) in Ackerman Ballroom. Weintraub, a Brooklyn-born Hollywood player, has a new book out titled When I Stop Talking You’ll Know I’m Dead: Useful Stories from a Persuasive Man (Twelve). Weintraub (who was pals with Elvis and Sinatra and later produced Diner and Ocean’s Eleven, among others) always puts on a good show.

And one could go right from Hollywood glitz to the barrio if you head from Weintraub’s talk over to Korn Hall, where Father Gregory Boyle will be talking with Warren Olney at 1:30 on Sunday. Boyle’s recent release, Tattoos on the Heart: The Power of Boundless Compassion (Free Press), is an extraordinary account of Boyle’s experiences working with gang members in Boyle Heights. Boyle is pastor of Dolores Mission Church and also founder of the non-profit Homeboy Industries, which provides jobs and job training services for reformed gang members.

But seeing Boyle will make it tough to get to the 2 o’clock “Fiction: Unstoppable Voices” panel in Moore 100 that includes Pulitzer Prize-winner Jane Smiley, whose recent release is Private Life (Knopf), and Pulitzer Prize finalist Marianne Wiggins, best known for her Evidence of Things Unseen (Simon & Schuster, 2003).

If you’ve already been smart enough to buy your tickets to this year’s panels, we hope you’ve made your choices to these conflicting sessions wisely.

The buzz of the festival is sure to be Dave Eggers’ conversation with L.A. Times book editor David Ulin in Korn Hall on Saturday at 1:30. The L.A. Times came up with an “Innovator’s Award” in conjunction with its Book Prizes this year, and gave its first one, fittingly, to Eggers. Consider just a few of his six books: A Heartbreaking Work of Staggering Genius (2001) was a Pulitzer Prize finalist, What is the What (2006) was a genre-bending novel about the “Lost Boys” of Sudan, and Zeitoun (2009) is a finalist for this year’s L.A. Times Book Prize in Current Interest. And that’s just the stuff he writes. In 1998 he founded McSweeney’s, which has evolved from small literary journal into an independent publishing house. And in 2002, he co-founded 826 Valencia, a nonprofit literary project that tutors students in writing (the tutoring centers are now operating in eight cities, including L.A.). I have determined with great certainty (so unlike me) that I definitely want to hear what Eggers has to say.

Sadly, if you didn’t already purchase tickets to the indoor panels on Ticketmaster before the deadline this week, you may be out of luck. There will be a limited number of tickets distributed each day (free plus a $1 Ticketmaster fee) at the Ticketmaster booth near the South Signing Area. And if worse comes to worst, you can wait in the stand-by line outside each session room in case someone with a ticket doesn’t show.

But if you miss out on a ticket for the indoor sessions, there’s plenty to see at the six free outdoor stages. Celebrity chef Alice Waters (In The Green Kitchen: Techniques to Learn by Heart, Clarkson Potter) will do a demonstration on the Cooking Stage on Sunday at 11, and comedian Sarah Silverman (The Bedwetter: Stories of Courage, Redemption, and Pee, Harper) will speak on the L.A. Times stage on Sunday at noon.

I have to admit, I’ve spent most of my time in the past few years at the festival with my husband and kids at The Target Children’s Stage, where we’ve shouldered our little ones so they can peer over the crowd to catch kids’ acts like the popular Justin Roberts and the Not Ready for Naptime Players (who, I’m pleased to see will be back again this year, on Saturday at 5:10 p.m. and Sunday at 1:40 p.m.)

Wandering by the stages and meandering through the exhibitors’ booths are the great joys of attending the festival. Now, which food tent to choose for lunch?