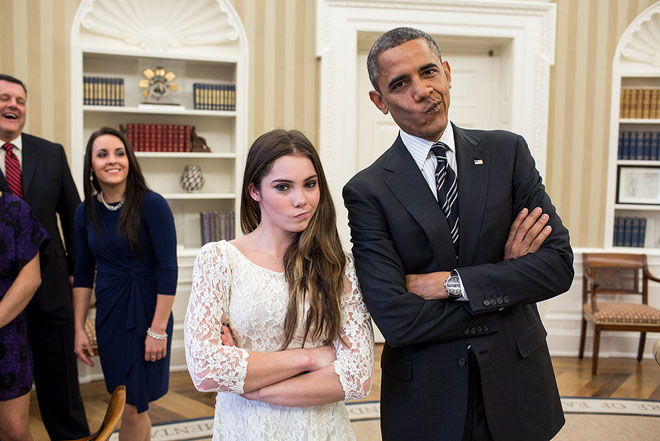 Photo courtesy of the White House

Thank you, internet. Photos like this are the reason you exist.

Taken last Thursday, the image features President Obama and gymnast McKayla Maroney both doing her trademark “I can’t believe I only won a silver medal” scowl in the Oval Office. The White House posted the photo on its Flickr page, where it quickly went viral, spawning a new meme even more glorious than this summer’s popular Olympic meme. And political pundits wondered whether the guy on the right could stick the landing.