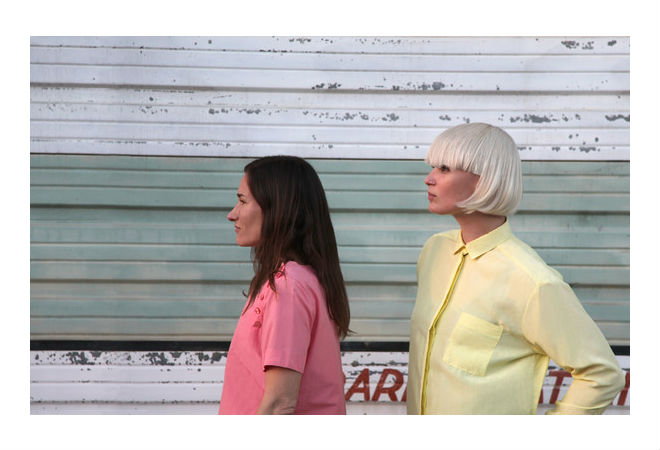 According to a recent study the Danes are the happiest people on earth. Whether it’s the universal healthcare, the delicious pastries, or the incredibly creepy portrait of their Royal family, which made the news recently, the northerners seem to be on to something. L.A.-based Danes Sharin Foo, half of indie duo The Raveonettes, and architect and graphic designer Camilla Hjerl are determined to bring some of those authentic Scandinavian vibes to Southern California. On November 22, the two are opening a pop up gallery, HURRA!, on Abbot Kinney that will serve as a platform for showcasing new Danish art and design in Los Angeles. (As far as we can tell, the name HURRA! means the same thing in Danish as it does in English.)

Exhibitions at the Venice gallery kick-off with a presentation from art collective AVPD (founded in 1997 by Aslak Vibæk and Peter Døssing) whose “White-Out” project involves transforming “the ugliest building on Abbot Kinney into a clean hermetic box.” Other designers and artists featured at HURRA! include Han Kjøbenhavn, Wood Wood, HUNN, Place de Bleu, ArtRebels, and Olafur Eliasson. The pop up is open to the public until December 30 after which HURRA! will move to a permanent location in downtown.