Home TV L.A. Charities Fighting for the Rights of Incarcerated Women Are Getting the... 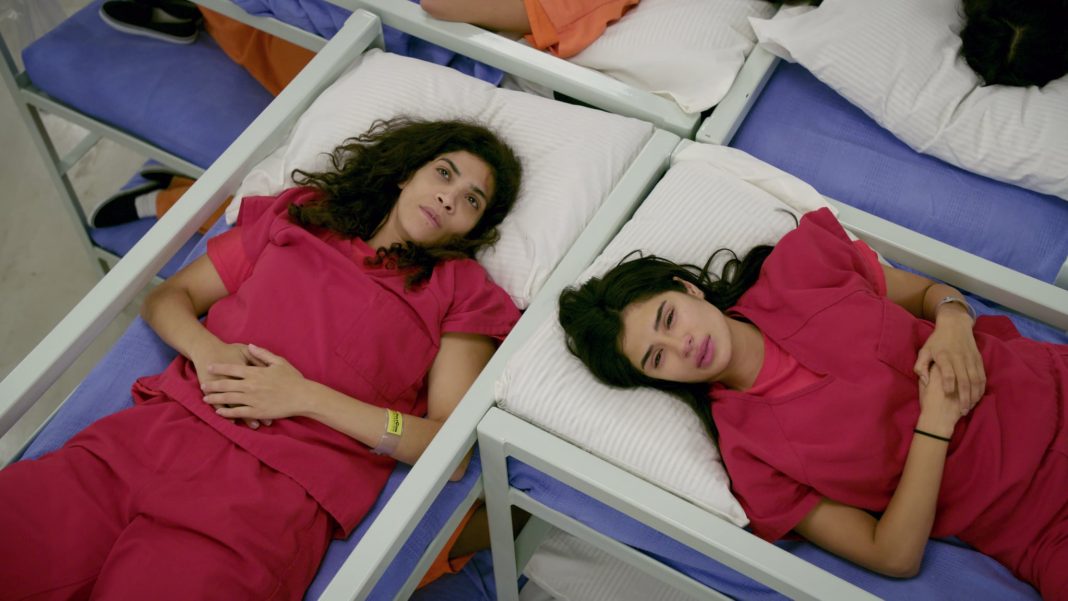 After seven seasons spent depicting the lives of women locked up in the fictional Litchfield Penitentiary, Netflix’s Orange Is the New Black ended by launching a real-world initiative⁠ to encourage viewers to help fight the injustices of mass incarceration and the broken immigration system.

In late July, GoFundMe and Netflix announced the creation of the Poussey Washington Fund (named for Samira Wiley’s character, who was killed by a corrections officer in season four). The campaign will benefit eight organizations whose missions are criminal justice reform, helping women re-enter society from prison, ending mass incarceration, and protecting immigrants’ rights. Half of the charities are based in Los Angeles: A New Way of Life Reentry Project, Anti-Recidivism Coalition, Freedom for Immigrants, and Immigrant Defenders Law Center.

Orange Is The New Black has announced The Poussey Washington Fund: an initiative that will support pre-existing non-profit advocacy groups that focus on criminal justice reform, protecting immigrants’ rights & supporting women who have been affected by it https://t.co/x5MsKhnxDO pic.twitter.com/l9enhJLGgA

Freedom for Immigrants’ communications director Liz Martinez says the timing of the Netflix initiative couldn’t be more ideal. According to Martinez, the organization was able to connect with OITNB writer and executive producer Carolina Paiz through a mutual friend and fellow colleague, Lindsay Toczylowski, co-founder and executive director of the Immigrant Defenders Law Center. Toczylowski and Christina Fiahlo, co-executive director of Freedom for Immigrants, became part of a team of consultants for the immigration storylines in the final season, which Martinez described as “eerily familiar.”

Founded in 2015, Freedom for Immigrants is devoted to abolishing immigration detention through the use of advocacy tools like community organizing, coalition building, and legislative advocacy. It’s also the only organization in the country monitoring the human rights abuses of immigrants in detention through a national hotline⁠, which is also featured in season seven of OITNB.

“It goes to show their tireless dedication to depicting the reality faced by tens of thousands of immigrants each day and the mass incarceration system as a whole,” Martinez said. “From the real trauma of family separation to the sheer lack of translators, the show captures the countless ways immigrants suffer while locked up.”

I’m honored to have been a part of #OITNB for the past 7 years. The impact the show has made has been so important to me, and I’m so grateful that it will continue with The Poussey Washington Fund. Learn more or make a donation at https://t.co/BA0NO3CY8f pic.twitter.com/1J7Yejhb9M

“The Poussey Washington Fund gives Orange Is the New Black fans and others the opportunity to help women who are not unlike Poussey, Red, Taystee, Maria, Daya, and other characters from the show,” Piper Kerman, author of the memoir on which the show was based, says in a press release.

Creator and writer Jenji Kohan and executive producer Tara Herrmann had initially intended to introduce the fictional storyline surrounding the fund during season 6, but couldn’t find the right way to fit it in. Ultimately, they decided on introducing it during the final episode, focusing on the immigration detention storylines to mirror the current presidential administration’s recent atrocities.

Herrmann told the Seattle Times that the idea for the fund came from viewers and supporters of the show asking how they could advocate for incarcerated women. Upon its launch, the fund was established with $50,000 in seed money from Netflix. So far, around 2,500 people have donated more than $150k.

“As we say goodbye to Orange Is the New Black, we should also say goodbye to a criminal justice system that has unfairly and unnecessarily destroyed too many lives,” Kerman says. “We all deserve a second chance and the Poussey Washington Fund gives formerly incarcerated women a chance to succeed.”

Toczylowski says that having the ability to reach millions of viewers through OITNB will be an amazing benefit to the organization’s mission and the bigger issue of immigration detention in the U.S. “A lot of what happens, particularly in immigrant detention centers, or what we call ice prisons… happens behind closed doors and it happens in the shadows, and the government can really only get away with treating people so inhumanely if no one knows what’s happening,” Toczylowski says. “So Carolina [Paiz] and the folks from OITNB really pulled back the curtain on what’s happening and have given a huge spotlight and forum [for these organizations].”

Paiz and her team did their due diligence before introducing characters that were fighting for their right to stay in the U.S., or who were raped while crossing the border and wanted access to an abortion, or who highlighted family separation. They took time to research and get the stories right. Sensitive to the sensationalism around immigration issues in the news, Paiz and the OITNB team made sure they weren’t feeding into it. They even visited Adelanto Detention Center, California’s largest immigration detention facility, with Freedom for Immigrants and Immigrant Defenders Law Center.

“Our hope is that people will decide not only to get involved by visiting detention facilities and advocating for detained immigrants [our] larger hope is that people are motivated to do something,” Martinez says. “That the emotions they feel in watching OITNB⁠—whether sadness, anger, or even hopelessness⁠—compels them to act.”

My character in this season's #OITNB helps portray how difficult it is for immigrants in detention to connect with the outside world & highlights the real-life hotline run by @migrantfreedom – check out this article @instylemagazine by @christina.fialho … https://t.co/0X3FSn5Gab pic.twitter.com/SBQfnWDrsp

Though the majority of OITNB focuses on the criminal justice system and the effects of mass incarceration on women, “the show’s introduction of ICE detention is a natural move, as so many people are funneled from one system into the other,” Martinez says. “At the end of the day, our tax dollars are being used to fund this state-sanctioned cruelty. The good news is that people have the power to put an end to this and be done with detention.”

Just before the premiere of OITNB‘s final season, the Trump administration announced that it would expand its expedited removal process, allowing federal immigration agents to arrest and deport undocumented immigrants without a hearing before a judge.

“For many people, whether by reading the news or by watching OITNB, this could be the first time ever that they confront those immigrant jails and prisons that may very well be located in their own backward,” Martinez says. “The fact that OITNB chose to venture into this world and show it to the public at this critical moment in history is commendable.”

If you've watched @OITNB, and you saw the bird inside detention, that's not them using creative license. That is exactly what we saw when we visited Adelanto with the writers and producers. https://t.co/GOB0i7FZBc

“Women are the fastest-growing population in our nation’s jails and prisons, but for years, we have been overlooked and our stories have gone unheard, while all the focus has been on the mass incarceration of men,” says Susan Barton, the organization’s founder.

Through all its seven seasons, OITNB has explored everything from prison privatization, racial tensions, Black Lives Matter, and transgender visibility. Establishing a fund seemed like a natural step in the show’s efforts to make real change.

“OITNB has done a fabulous job of raising awareness of the plight of incarcerated women [and it feels like] the show is ending too soon, just as our nation has started to recognize what it does to the women it locks up⁠—not to mention to their children and families,” Barton adds. “But the Poussey Washington Fund will keep OITNB‘s legacy alive by providing concrete help for organizations like ours that are working to reduce incarceration and create safe housing and opportunity for women returning home after prison.”

All seven seasons of Orange Is the New Black are available to stream on Netflix. To donate to the Poussey Washington Fund go here. Viewers can also donate by texting 41411 in the U.S.