Home comedy Just in Time for Midterm Elections, the Comic-Con of Politics Rolls Into...

When you see people in Trump costumes filling the L.A. Convention Center like Tribbles, don’t freak. It’s just Politicon (October 20 to 21), aka the Comic-Con of politics, where MAGA caps can commingle with Pussyhats in the name of free speech.

“We treat the Republicans like Star Wars fans and the Democrats like Star Trek fans,” says co-founder Simon Sidi, who formerly produced rock shows for the likes of Kanye West and Annie Lennox. (He started the convention in 2015 after realizing both politics and concerts attract especially passionate fan bases.) Now in its fourth iteration, the British expat’s event is not only a draw for millennials who are sick of party politics but also a platform for certain freewheeling celebs. “Being able to exchange ideas 15 minutes from my house?” says Adam Carolla, who also attended last year. “Win-win.” In other words, come to see a handful of Capitol Hill’s power players (Chris Christie), and stay for the edutainers (Henry Winkler).

This year’s con tees up the midterm elections, meaning Sidi has programmed more of what’s worked in the past (debates) and less of what hasn’t (crowded panels). After its turn in L.A., Politicon hits the campaign trail, with November stops in Dallas, Denver, and Phoenix. “Haven’t been on a tour bus for a few years,” quips Sidi. “It’s time to get back on one.”

Below, find a quickie primer on this year’s festivities.

Prep your body: “Get a lot of electrolytes going: Gatorade, Pedialyte, that kind of stuff. Carbo-load like you’re going to run a marathon.”

No, really, prep your body: “Evacuate your bowels before you show up. I cannot stand walking into a public restroom to take a quick leak only to find that someone destroyed the place.”

See Ben Shapiro: “I always love hearing what Ben Shapiro has to say because he pisses everyone off so much. I love seeing everyone getting angry at Ben Shapiro.”

Open your mind: “In case you run into someone who’s really good-looking that you disagree with but who you’d like to invite out to Old Town Pasadena for drinks after Politicon.”

Bonus: Adam Looks Into the Future
Carolla predicted Trump’s presidency in 2008. Where he thinks we’ll be in eight years:

“In the next eight years, Rosie O’Donnell gets into the Oval Office and is removed violently by White House security—but in that one moment she is able to get passed some very meaningful legislation, and history remembers her as a hero. I have another prediction that’s a little further out there: Trump gets elected to a second term, Joy Behar is not happy, and James Woods sends out a crazy tweet.”

Speakers of the House

More than 70 opinionators are getting in on this year’s con. Here’s a quickie guide to five names on the roster

Bio: My Life on the D-List star, outspoken Trump critic.
L.A. Moment: After being photographed with what looked like the decapitated head of President Trump, she turned controversy into cash with a comeback tour.

Bio: Political commentator, self-described right-wing polemicist, scene stealer in Sharknado 3: Oh Hell No!
L.A. Moment: At Politicon 2015, she was booed for her hard-line stance on immigration. 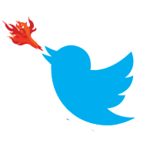 The California congressman and Politicon speaker is the Kobe of internet snark. Here’s a peek at some of his best online zingers

I prefer Scott Disick to Trump because he also knows nothing about government policy but has the decency to not be President. #JefferiesShow

You know what the “no longer a nuclear threat from North Korea” statement by @realDonaldTrump reminds me of? The big banner behind President Bush during his Iraq speech that said:

RELATED: Inside the Revved-Up, Pissed-Off Brain of Adam Carolla