Home Health Podcasts to Get You Through the Coronavirus Self-Quarantine 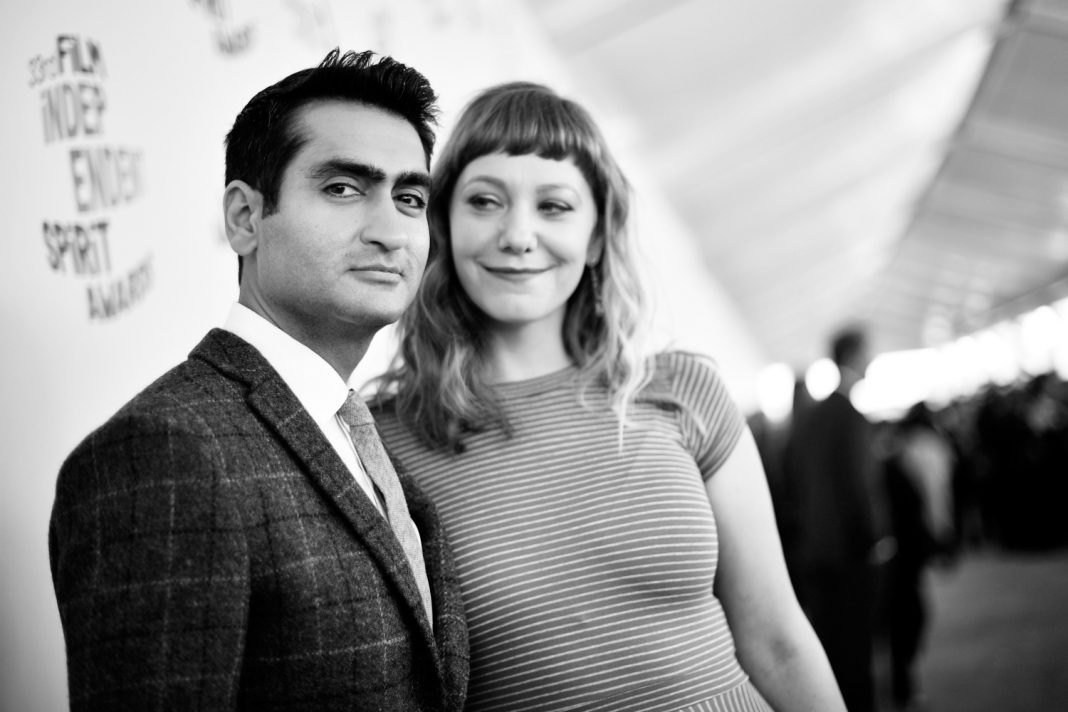 Funny people are just as cooped up as you are, and they have to pour their energies into something. Thankfully we live in the golden age of podcasting, and it’s only natural that comedians and other entertainers would make hay while the sun shines (tantalizingly outside your closed door on eerily empty streets), quickly whipping up new audio content for our collective lock-in. They’re free to make, free to download (usually), and a fun way to share this cabin fever with people who are funnier than you.

Get your depressing COVID-19 news elsewhere; these are strictly prescriptions for what’s long been deemed the best medicine.

Staying In with Emily and Kumail

Emily V. Gordon and Kumail Nanjiani, creators of the new Apple TV+ series Little America, know a thing or two about quarantining. The chronic condition that Gordon suffers from was the subject of their Oscar-nominated 2017 rom-com, The Big Sick—in which Nanjiani played himself and Zoe Kazan played Emily—and it occasionally keeps the real Emily indoors. Staying In offers wise, practical advice from two home-quarantine experts (make routines, exercise, keep work and play areas of your living space separate). It’s also unexpectedly moving; Nanjiani has a surprisingly tender heart, and he talks openly about the panic attack he experienced in his concern for Emily’s survival. It’s also, of course, very funny—since Gordon is a comedy TV writer and Nanjiani a comedian. Bonus: all proceeds from the podcast go to various relief charities.

Paul F. Tompkins is perhaps the podcast comedian par excellence, a mainstay of shows like Comedy Bang Bang and basically every other podcast on the Earwolf network, along with hosting a dozen or so of his own over the years. The former Mr. Show writer, actor, and master improviser—with one of the most contagious guffaws in show business—wasted no time converting his quarantine into the delightful Stay F. Homekins, a breezy chat show with his wife, actor Janie Haddad Tompkins. They talk about the TV shows they’re enjoying, spending the most time they’ve ever spent together in ten years of marriage (“Let’s hope this podcast is not some kind of witnessing to an unraveling of a married couple,” Haddad Tompkins jokes at the top of episode one), and more…all punctuated by Paul F.’s endearing belly laugh.

Actor and comedian Jonah Ray, most recently the new jumpsuited host of Mystery Science Theater 3000 on Netflix, uses an admittedly crappy app to record phone call interviews with other funny people. His guests so far have included Georgia Hardstark (of My Favorite Murder), “Weird Al” Yankovic, and his old friends from Comedy Central’s The Meltdown with Jonah and Kumail… Kumail Nanjiani and Emily V. Gordon (crossover!). It’s low-fi and low-stress, and a fun excuse for funny people to shoot the breeze with each other for our benefit.

Twin comedians Randy and Jason Sklar, aka the Sklar Brothers, are no strangers to the podcasting medium, and they’re probably less worried about infecting each other than they are other people in their lives. “We are distant socially, safely—although this is about the distance we were in the womb,” one of them says at the beginning of the first episode. (Which brother? How should I know??) They’re putting out daily episodes from a couch in one of their basements, bringing the Sklarbros’ rapid-fire, cross-talking dynamic to the pandemic.

Who knows if this will be funny—they’re not comedians and they haven’t released an episode yet—but Samin Nosrat, the cheerful James Beard-winning author and chef, and Hrishikesh Hirway, the wizard behind podcasts Song Exploder and The West Wing Weekly, are starting a show together “to help you get through the quarantine and figure out what you’re going to do with that epic stash of beans.” They’re inviting listeners to call or email in with questions, culinary and sundry.

What to Stream This Weekend: Hamilton, John Lewis: Good Trouble, and More

Things to Do (Inside and Outside) in L.A. This July 4 Weekend