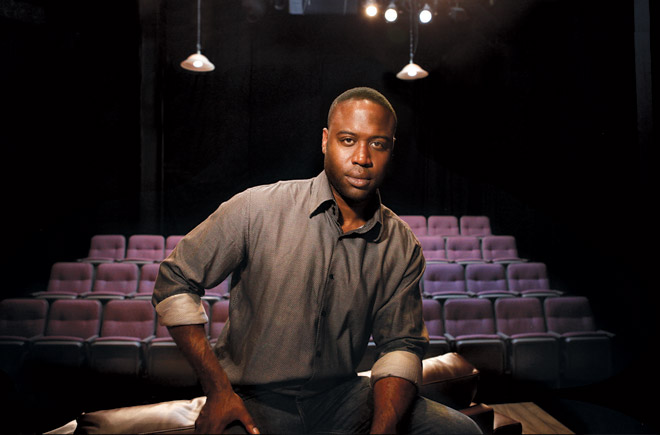 Since it debuted in 2008 on Pico Boulevard, the Rogue Machine Theatre has been nurturing original voices. The city’s indie drama scene is “burning with potential,” says John Perrin Flynn, Rogue’s founding artistic director.

He points to the success of productions like Small Engine Repair, a sexting revenge comedy, and Blackbird, a taut, troubling drama about a perverse romance, both of which earned critical raves.

“Theater is supposed to be a kind of mirror,” says Flynn. “We’re looking for plays that have larger issues about who we are.”

Case in point: the recent premiere of One Night in Miami, the first play to emerge from Rogue’s own development program, speaks to the all-too-relevant racial struggles of the theater’s neighborhood. Based on a real event, the drama captures a marathon conversation between Malcolm X, Jim Brown, Sam Cooke, and Cassius Clay, who emerges from the exchange as Muhammad Ali. The account could become the latest Rogue piece to head east, reversing a long-standing theatrical migration.