Home Theater A Play With (Mostly) No Dialogue Still Communicates the Weirdness of Silent... 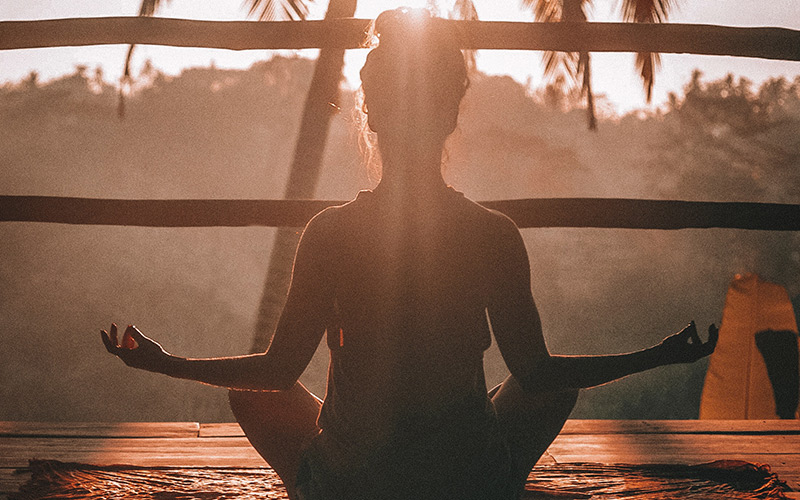 Writing a play with barely any dialogue kind of contradicts the basic concept of a play (not that it hasn’t been done, but on the whole, live theater and spoken lines are a prototypically classic combo). Bess Wohl has risen to the occasion with Small Mouth Sounds, which heads to the Broad Stage January 11 through 28 after a series of critically acclaimed runs in New York. The show follows six seekers who sign up for a weeklong silent retreat, and by “silent,” we mean silent: Save for a disembodied guru whose voice occasionally rings out over a speaker , the motley crew is mostly relegated to groans, laughs, moans, and the other “small mouth sounds” one makes when talking is not an option. To follow the plot, you’ll need to pay close attention to the nonverbal cues. “The goal is a partnership between the actors and the audience—meeting each other halfway,” says Wohl.

The idea for Small Mouth Sounds came to her years ago at a retreat led by the Buddhist nun Pema Chodron. “I thought it’d be a fun girls’ weekend—I brought snacks, a bottle of chardonnay,” Wohl says with a laugh. “When we got there I found out we were going to be silent, which I was totally unprepared for.” But the environment intrigued her. “Part of what I’m interested in is the way we make a host of assumptions about someone before meeting them,” she says. “Somebody enters, and you go, ‘Oh, I know that guy.’ ” Which is inevitably what viewers do upon meeting characters like Rodney, the bead-wearing, shirtless yogi-type, or Alicia, the neurotic cellphone addict who shows up with a bag of Whole Foods groceries. Maybe you’re familiar with the personalities—or maybe you just think you are. “I’m casting the audience as detectives,” Wohl says, “and you discover whether your assumptions were confirmed or contradicted.” Most of the characters are based on people Wohl met at four such retreats, albeit with a few modifications. (“Sometimes you have to dial reality back a notch to make it feel believable,” she says.)

She’s especially interested in how L.A. audiences will react to the project. “I’m curious to see how it resonates,” she says. “Spirituality, and what it takes to be happy, and ‘Should we be happy given the suffering and pain in the world?’—these are things people grapple with a lot in Southern California.” (Not that she’s typecasting us.) The hope is that after spending the show’s 110 minutes in silence, we’ll all emerge  little more enlightened.