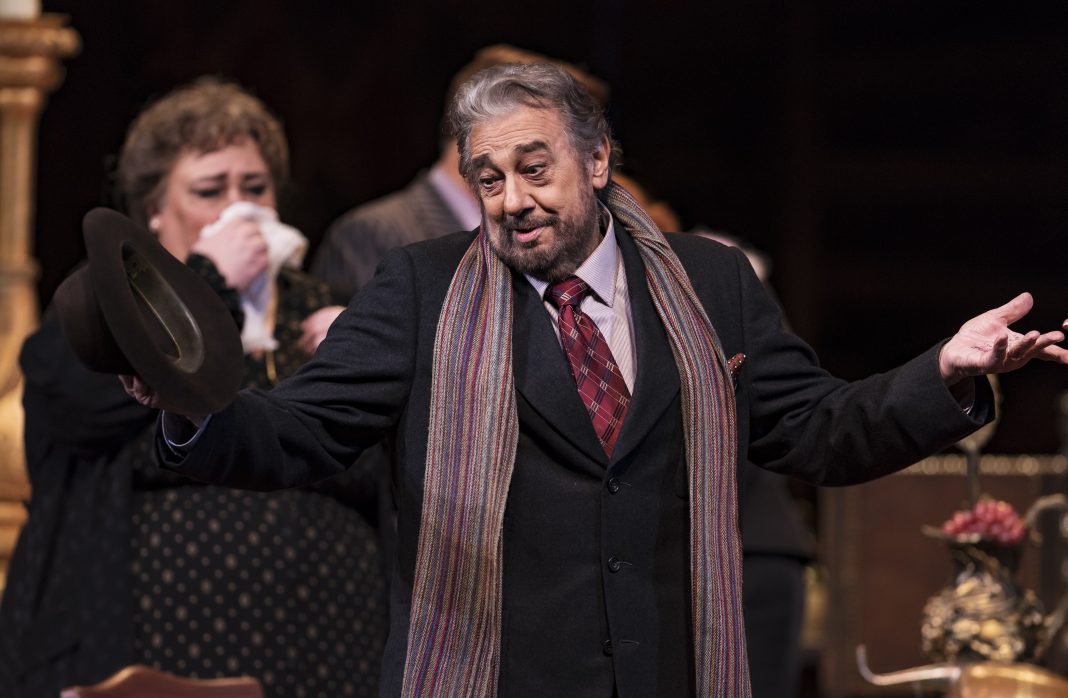 Nine women have officially accused opera superstar Plácido Domingo of sexual misconduct, according to the Associated Press. The L.A. Opera, where he has been general director since 2003, has confirmed the launch of an independent investigation into the allegations.

The eight singers and one dancer who’ve come forward with accusations against Domingo describe a pattern of inappropriate conduct spanning 30 years, including groping, forcible kissing, and aggressive behavior. In addition to the nine primary accusers, the AP noted six additional women who reported that he made uncomfortable sexual comments to them or inappropriately, repeatedly requesting they go on “dates” with him. He allegedly used his master key codes to unlock women’s dressing rooms and enter uninvited.

An additional 30-plus opera professionals, including backstage staff, orchestra musicians, voice teachers, among others, reported that they had witnessed “inappropriate sexually tinged behavior” by Domingo, and said that he “pursued younger women with impunity.” Young performers would reportedly hear whispers not to meet Domingo alone; to meet only for lunches, not dinners; and to refuse any alcohol he might offer. Some women in opera, the AP reports, were known to even avoid using a women’s restroom located close to his Dorothy Chandler Pavilion office or sharing an elevator with him.

“There is an oral tradition of warning women against Plácido Domingo,” an unnamed mezzo-soprano who worked at the L.A. Opera told the AP. “Avoid interaction with him at all costs. And definitely don’t be alone with him.”

One of the accusers told the AP that she “gave in” to years of aggressive pursuit and harassment by Domingo—and fear of what a man of Domingo’s nearly unrivaled power and stature in the opera world could do to destroy her career—and engaged in sex with him twice, including at a hotel downtown. She reports that, on that occasion, he left $10 on a dresser when leaving the room, telling her, “I don’t want you to feel like a prostitute, but I also don’t want you to have to pay to park.”

That accuser recalled that Domingo claims to have a superstition that he needs to “be with a woman” before a big show in order to “relax and calm his nerves.”

Another accuser said he made her feel panicked and intimidated, calling her at home incessantly, groping and kissing her, barging into her dressing room without permission, and asking her out on dates across the city while acting as the artistic director of the company where she was just beginning her career. “I felt like prey. I felt like I was being hunted by him,” she told the AP.

While Domingo did not directly answer questions for the AP story, he did offer a statement of general denial of misconduct. In the statement he describes the allegations as “deeply troubling, and as presented, inaccurate.”

“I believed that all my interactions and relationships were always welcomed and consensual,” the 78-year-old tenor wrote. “However, I recognize that the rules and standards by which we are—and should be—measured against today are very different than they were in the past. I am blessed and privileged to have had a more than 50-year career in opera and will hold myself to the highest standards.”

The L.A. Opera season opens in September with La Bohème; the next production featuring Domingo is not scheduled to open until February 22. As of now he still appears on the opera’s website—his name and face on the poster even above the title of the show—pending the outcome of the company’s independent investigation. Domingo was scheduled to perform in Philadelphia next month, but that invitation was rescinded in light of the misconduct allegations.

RELATED: The Owner of Chateau Marmont Is Accused of Sexual Misconduct