Home Uncategorized Pick of the Weekend 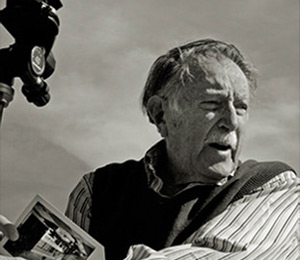 Julius Shulman wasn’t just one of the greatest photographers of modern architecture, he was outgoing, disciplined, and kind. We know because Los Angeles editor-in-chief Mary Melton profiled him in January 2009. Thanks to Visual Acoustics: The Modernism of Julius Shulman narrated by Dustin Hoffman, we get to meet the photographer again now through the eyes of filmmaker Erik Bricker. The documentary about Shulman’s life and career has taken home awards from the Palm Springs International Film Festival, the Lone State International Film Festival, the Newport Beach Film Festival and the Austin Film Festival. Bricker, who first met Shulman in 1999, says it is his hope “to have created a cinematic experience that successfully impacts and inspires as many people as it can possibly reach.” Sounds just like someone else we know.

Visual Acoustics: The Modernism of Julius Shulman opens a one-week engagement at the Nuart Theatre in Santa Monica on Friday. Erick Bricker and special guests will be on-hand for Q&As at many of the screenings. Click here for tickets and more information.