Home comedy Comedian Phil Burgers Traveled the World Only to Find Home at a... 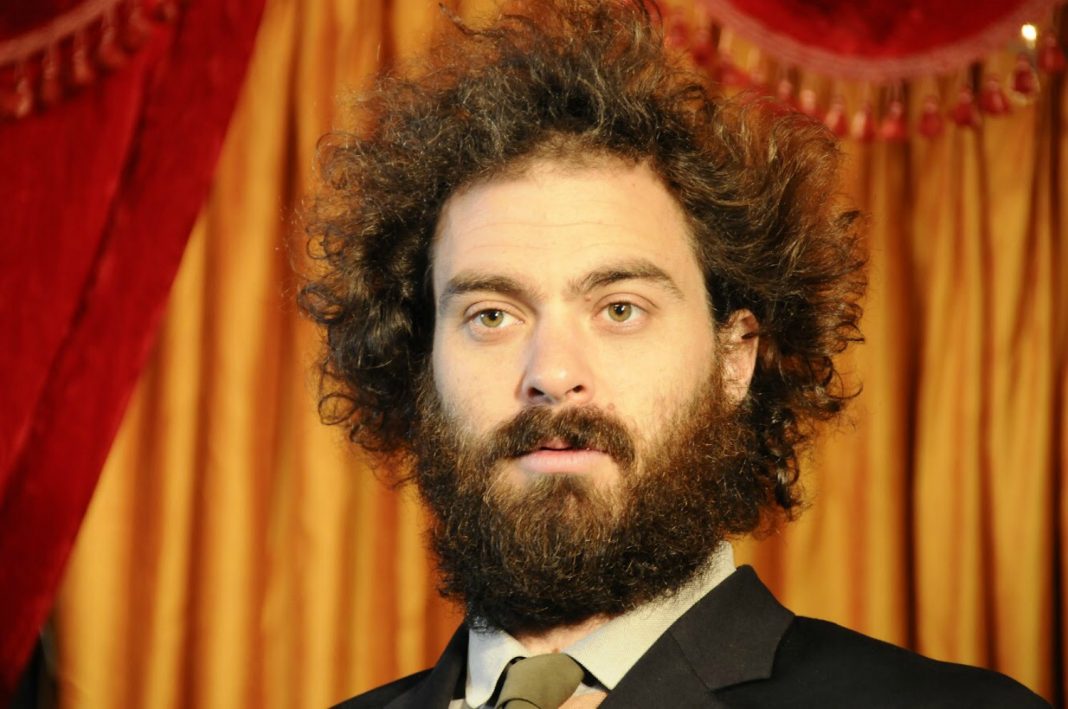 In a new short film called The Passage, Phil Burgers plays a guy who can’t stay in one place for long—not because of wanderlust or an aversion to commitment or whatever, but because he’s literally being pursued. Two vaguely menacing men are hot on his trail for reasons that are never addressed in the narrative, which plays out entirely in languages besides English (when there’s any dialogue at all). Why the character is being chased doesn’t really matter. Over the course 20-odd minutes, the charming, mute stranger, a misfit in various surroundings, makes the most of the compulsory locomotion, forging relationships with strangers across a multicultural landscape not unlike L.A.’s.

Talking about the movie’s vignettes and their “common theme of isolation and seeking connections,” Burgers says, “I think that’s where a lot of my ideas come from—feeling deeply isolated.” He pauses for a beat and then clarifies that he’s joking, the consummate sad clown succumbing to his instincts.

Until recently, Burgers seldom spent much of his real life staying in one place. The South Bay native left the U.S. for Europe at 24 and ended up staying gone for about a decade, first to guide bicycle tours in Italy, then to learn the art of clowning at a theater school in Paris, and eventually to work in London, both in TV and on the stand-up comedy circuit; in 2011, his absurdist one-man show, Dr. Brown: Befrdfgth, premiered at Edinburgh Festival Fringe, where it won the comedy award.

He’s spent the past few years back in Southern California, creating a home for himself at Lyric Hyperion, where he served as creative director until taking over the operation altogether in February. He describes the venue—where he also performs and teaches classes in clowning—as “a little protected cave from the competitiveness of Los Angeles.”

“That’s sort of why I left [Los Angeles],” he adds, “I just felt like it was hard to really grown as an artist in a place that’s so competitive. I just want to offer a space that’s protected from that but at the same time really honors quality.”

Operating a theater is a new experience for the performer who’s used to juggling (not literally; he’s not that kind of clown). He describes the first six months, during which he was forced to back-burner a bunch of creative pursuits, as “not very fun,” but he’s since turned the theater into a non-profit and built a team that can helm the operation when he’s not around. In fact, when we connected over the phone, he was in London, touring a show that originated at the Lyric. Now back in L.A., he’s performing Befrdfgth for three nights—December 4-6—at his very own theater. He’s vague when he describes the show: “It’s silly, a bit dark, fun…um… surreal and um…playfully stupid.”

As for his other silly, dark, and surreal project (I wouldn’t call it stupid, even playfully so), it could have some serious accolades in store. The Passage—which was made by Super Deluxe before a new corporate regime unceremoniously pulled the plug—has been submitted for Academy Award consideration for best short film. In the meantime, you can find him at the Lyric, deprogramming local performers the way he was deprogrammed in France (“It’s breaking front down, not breaking the person down,” he says) and relishing the experience of staying still for awhile. “Its a really good feeling to have that home,” he says. “A creative home in my actual home.”

RELATED: The Death of Super Deluxe Is Terrible News for the Internet