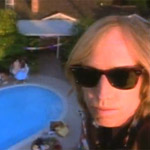 Petty Fest, the ultimate tribute concert to Tom Petty and the Heartbreakers, finally made the trek to Los Angeles, the city the band calls home. After several years of successful shows in New York, the festival made its L.A. debut on Wednesday night at the El Rey. Scanning the racks of fancy guitars on the side of the stage, we knew it was going to be a good night.

The evening’s hosts and house band, appropriately named the Cabin Down Below Band (from a song on Petty’s second solo record, Wildflowers), includes Alex Levy, Matt Romano, and Austin Scaggs. Note for note, they backed a rotating cast of musicians, actors, and comedians as they worked through almost all the Petty classics and threw in a few deep cuts. All proceeds from the sold out show go straight to Sweet Relief, which benefits musicians in need and will help people who suffered from superstorm Sandy.

Har Mar Superstar kicked things off with an impressive take on “Don’t Do Me Like That,” while Harper Simon (Paul’s kid) and Jenny O did a nice version of “The Waiting.” Jesse Malin took the stage as though he’d just fallen off one at CBGB’s, knocking out the teleprompter with his energetic moves. But his rocking cover of “You Wreck Me,” with four guitar players on stage at once, gave a new meaning to the phrase “wall of sound.” He even sang some of the song from the crowd, urging the audience on the center floor to kneel down with him for the quiet last verse of the song before exploding into the refrain one more time.

The jampacked roster also included Landon Pigg, Butch Walker, Cory Chisel (whose voice fit the songs to a T) and members of Guster, Little Joy, and Alberta Cross. The badass dudes from Eagles of Death Metal and Gilbey Clark played low slung guitars as Matt Sorum from Guns N’ Roses and Fabrizio Moretti of the Strokes rotated on drums.

Actors and comedians Justin Bartha, Mae Whitman, and Sarah Silverman (who actually hit the notes on “Don’t Come Around Here No More” and convinced the audience to join a lively call-and-response before ending with a perfect verbal rant) all joined the party. The big surprise, however, was the arrival of Johnny Depp with a beautiful blue Duesenberg guitar. (Did he borrow Petty guitarist Mike Campbell’s?) Wearing scarves, pendants, and a feathered hat, he made his entrance with smoke swirling around his head, but he knew all the songs he had come to play including a solid solo out on “It’s Good to Be King.” He was on stage for six songs, longer than any other performer, but who was going to ask him to leave?

At more than two hours, the show wrapped up with members of the Strokes singing “I Need to Know,” “Honeybee,” and “American Girl,” and all 30 or so performers piling on stage for a sloppy but joyful rendition of “Free Fallin” as the appreciative audience sang along word for word.

Hearing other performers’ versions makes you realize just how many good songs Petty has written in his 30-year career. The Cabin Down Below Band was solid, and if some of the singers didn’t have the teleprompter, the crowd deftly filled in the missing words. There wasn’t a real Heartbreaker to be seen, but if Tom had been a fly on the wall at Petty Fest West he’d have been impressed by the musicians and touched by the crowd.