Home Animals We Have a Theory About The ‘Pets Are Not Children’ Essay Everyone... 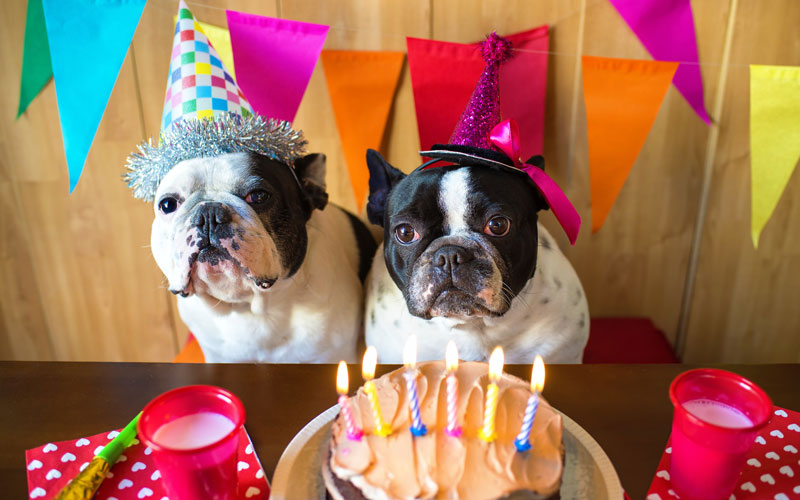 In case you missed it, “Pets are Not Children, So Stop Calling Them That” has blown up a lot of news feeds. It currently has over 800 comments and spent days as the most popular article on The Cut, where it was published. It is either a too-earnest rant (possible), or sublime trolling at the highest level (also possible).

The urge to react to it in some way is so overwhelming that you have to wonder if maybe that was the whole point.

These are confusing times. As old certainties give way to new possibilities, it can feel like we’re hurtling into the future blind, bewildered, and afraid. There are many manifestations of our fear of the future — the current election seems built from them — but there’s one that unsettles me most: the new idea that having a pet makes you a “parent.”

These are confusing times! If you want to write the perfect parody of an internet essay, this whole paragraph is how to begin. The way it segues from panic, to fear, to the anxiety of the election, and then landing on pets – that’s high comedy, whether the author intended it or not.

The Perfect Storm of Outrage

That people with pets now refer to themselves as “mom” and “dad” seems benign at first, a playful, innocent co-option meant to convey the deep love they feel for their animals. And if that was it, I wouldn’t be alarmed. I’ve had pets, and I appreciate how having one can be one of life’s great joys, an emotional and enriching experience of intimate connection with another being. But scroll through your feeds and look at how pets are treated, presented, and understood today. There’s no longer any sarcasm in a bumper sticker that says, “My Child Has Four Paws.” When people call themselves pet “parents,” they’re not just being playful. They sincerely believe that what they’re doing is parenthood.

Let’s take a full step back and admire this Picasso. In two short paragraphs author M.A. Wallace has lit the fuse on three of the most explosive issues on the Internet: parenting, animals and self-identification. All three topics generate major reactions because – and this is the key – they are easy-to-comprehend issues that people already have strong opinions about. Once you stop fighting the logic of “Pets are Not Children” and embrace its mastery of recreational outrage, it floats like a melody.

Parenting is our connection to the future, the means by which we attempt to influence what tomorrow’s world will be.

This sounds like the opening line of a TED talk, right? Perfect. Because deep down we all yearn to have the world explained to us in malleable, academic-sounding platitudes that let our own imaginations fill in the blanks for the speaker. This sounds like it’s saying something substantial, but is it saying anything at all?

When people with pets take the title of “parent” and blur the line between pets and children, our language is distorted in a way that only adds to our confusion and anxiety.

I have two children, and when I meet people with pets who equate their experience to mine, I don’t know how to react. I should be able to say, “Please don’t equate your pet with my children,” but something stops me; it now feels rude, practically reactionary, to insist on the difference.

The author has now added an element of conflict, which adds an element of drama. This is a staple of the essay genre. Besides making the theoretical concrete, it offers readers a chance to say “Me, too!” or “Here’s what I would tell that guy!” in the comment section. Whether this is earnest pablum or perfect parody: * kisses fingers * muah!

The Genius of the Royal We

We now prefer the simulation to reality, where having a pet is like playing with a living doll, a chance to enjoy the activity and ritual of parenthood without any of the purpose, consequences, or hard work. But if their appeal is a chance to escape the demands of human society, why would anyone want to conflate them with children, the literal embodiment of those demands? When I had pets, it was their difference from humans I enjoyed, not their similarity.

This is rambling condescension skillfully disguised with the brilliant use of the word we. Very slick. Lets you hammer at other people without sounding like a total jerk.

It’s absolutely okay to say no thanks to parenthood. The role of parent is not for everyone, nor should it be. But if you do forgo children and get a pet instead, understand the reality of your choice. By all means, enjoy your pet; adore, cherish, and love your pet. Spoil it, indulge it, dress it up for Halloween. Just remember that none of that makes you a parent. To call yourself that, you need to have kids.

That is how you properly end an essay scientifically engineered to generate a reaction. Look at all of the hot buttons pushed: the decision not to be a parent, mentioning that not everyone should be a parent, patronizing owners of pets, praising human parents – a drive-by shot at pet costumes – and finally, exclusion.

Is It Real?
The author’s bio page contains no identifying information. When you Google “M.A. Wallace” and writer, nothing pertinent turns up. Is this an actual heartfelt essay written by a real person who does not think pets should be called children, or something more nuanced — the perfect spoof of Internet outrage culture?

These are confusing times.