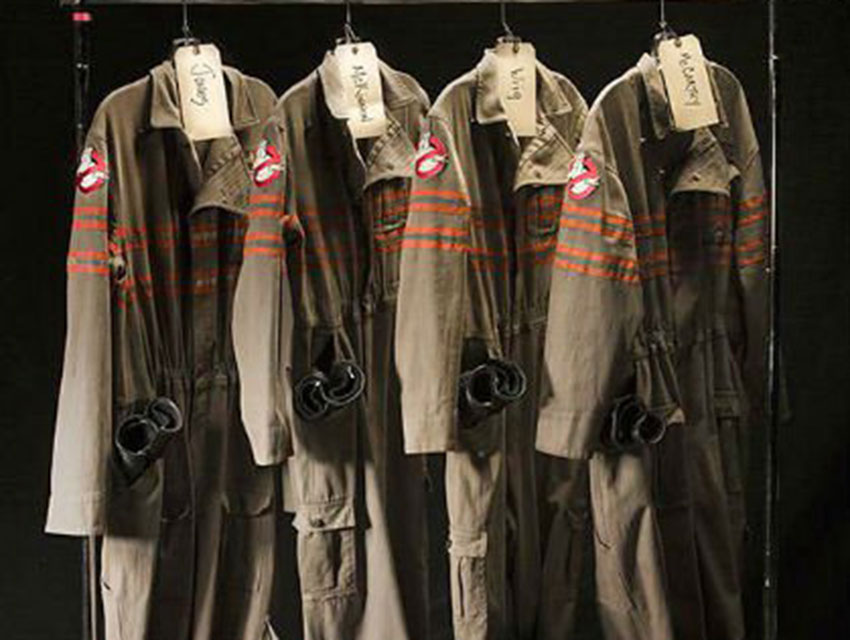 When there’s something strange in your neighborhood, who you gonna call? Kate McKinnon, Leslie Jones, Melissa McCarthy, and Kristen Wiig, when the new reboot of the classic Ghostbusters franchise premieres next summer. Information about the remake has been sparse but over the last few weeks director Paul Feig has released several nuggets of behind-the-scenes gold.

First, Feig announced that Australian beefcake Chris Hemsworth will play the Ghostbusters team’s secretary, but the really cool revelations came when the director released photos of the uniforms the four metaphysical regulators will don in the movie and later an image of the infamous proton pack, with which the ladies will actually bust the ghosts. Check out both below.

The original Ghostbusters took the world by storm in 1984, when Harold Ramis, Ernie Hudson, Dan Aykroyd, and Bill Murray first saved New York from supernatural forces of evil. Who, or what, the new team of Ghostbusters are up against only time can tell. We’re hoping for another spin around the block in the Statue of Liberty.