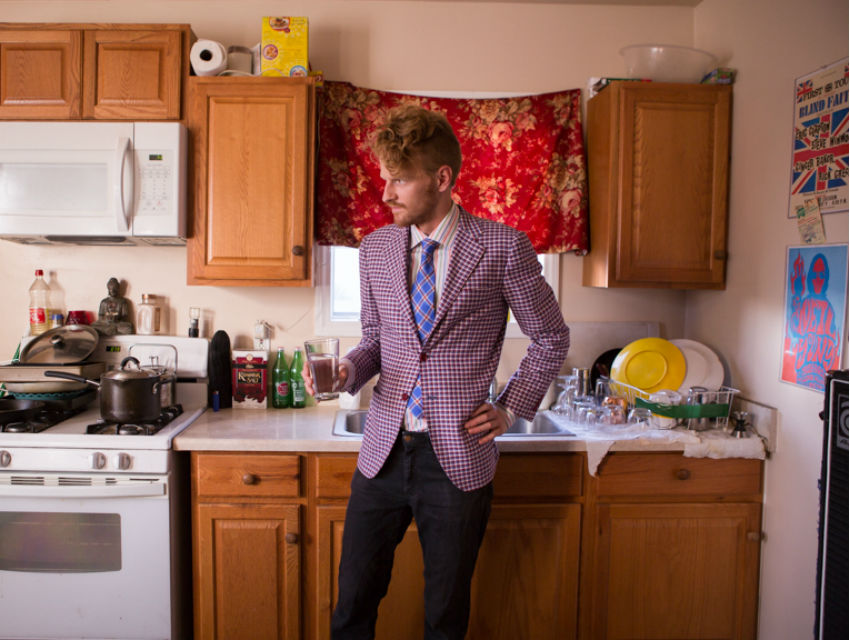 The past is present in Paul Bergmann’s music as much as the future is present on his mind. When you listen to Bergmann’s new singles, “Old Dream” and “Summer’s End,” he conjures up the past masters of his trade: the ghost of Johnny Cash rises up for the former, the spectre of mid-career Bob Dylan appears for the latter. This Echo Park-based musician, veteran of Eekis and Paul Bergmann and the Fair Moans, now going it alone, recently signed to Fairfax Records. Diligently devoting himself to his art, he’s waiting tables at day to play shows at night—he’s headlining the Satellite on June 21—applying strict standards to his songwriting, drawing inspiration from his environment, and offering nothing more than his music.

Bergmann’s current sound was honed by Los Angeles; it is on this coast, first at college at Pitzer, now in the city, he found his voice. His work with his previous band developed organically from his experiences of L.A. “I heard a couple of local bands making that sort of dark, western music. It felt very Los Angeles,” he says. “It struck a chord with me.” Indeed, when he first moved here, he couldn’t shake the sense that there was something sinister about the city. “There’s something that always creeped me out about it being sunny all the time,” he says. “There’s this underbelly of something evil.”

Yet, his newer music is lush and more uplifting than his old stuff, a change that he once again traces to his sense of his home, a sense that he sees as always evolving. “I think L.A. is the weirdest place. It’s even more dimensional than I thought it was back then,” Bergmann says. “I’ll never be able to understand it and it is endlessly fascinating and inspiring.”

Bergmann hails from the Northeast. He credits his timeless aesthetic to a childhood in Williamstown, a small town in Western Massachusetts. “Quiet and beautiful,” it was the place he learned to love music. “It might not specifically be Western Mass,” he says, “but it is about being in a small town where there wasn’t a punk scene or a hardcore scene or anything. I felt like growing up there I just listened to whatever my sister listened to or whatever my parents listened to.”

Though his voice might sound like a Cash-Dylan fusion and his accompanying instrumentals like something fit to follow John Wayne, it’s another master of dark Americana that Bergmann brings up in conversation about his sound: Andrew Wyeth. “He will make these really great portraits and then smudge paint all around them or have these aggressive marks all around them,” Bergmann says. “You can think of that in terms of my music. There’s something about it that’s not as simple as it might seem.”

Indeed, as much as Bergmann’s sound hearkens back to the past, he is focused on the future. “You see a lot of bands that get lazy over the years,” he says. “I want to always and always write better songs, to think that I haven’t reached the pinnacle yet.”