Home Music Patti Smith, Tony Hawk, and Other Celebs Are Performing in L.A. to... 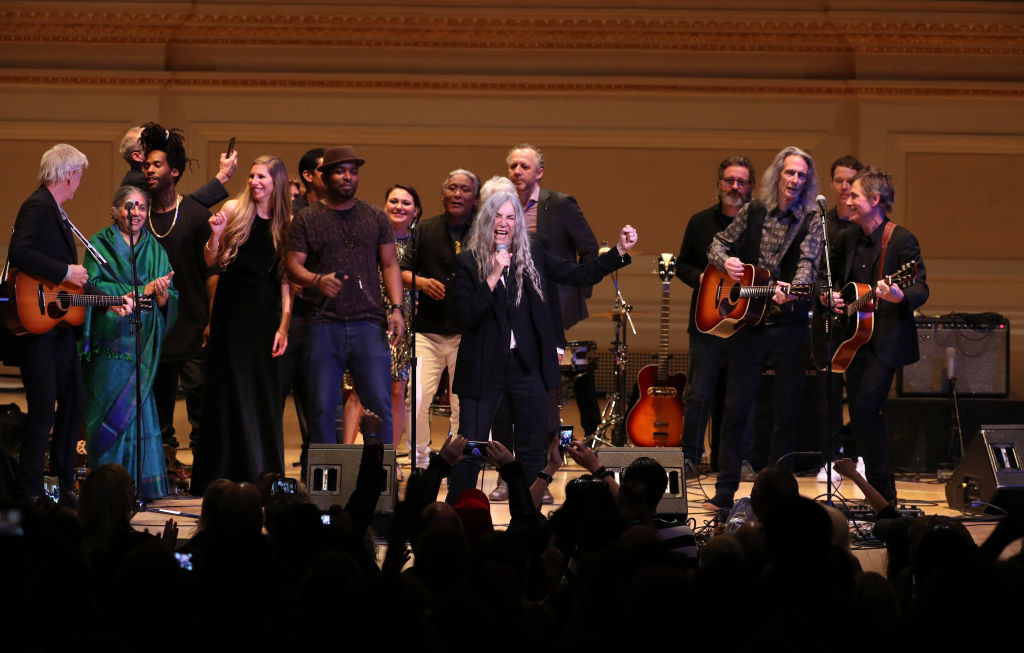 Musicians, artists, activists, and others will be gathering at the Theater at Ace Hotel in downtown Los Angeles on September 16 for a benefit celebration raising money and awareness around climate change.

Pathways to Paris, an initiative in partnership with the United National Development Program and 350.org which creates a way for artists and musicians to collaborate with scientists, thinkers, and politicians working toward environmental goals, first held an event in 2015 in Paris, timed to coincide with the signing of the Paris Agreement.

“In the world of music, the best way to improve is through collaboration. This is the same with the critical issue of climate change,” Pathway to Paris co-founder Jesse Paris Smith said in an announcement of the event. “We must join together to make this the most ambitious collaboration of our century.”

That agreement, part of the United Nations Framework Convention on Climate Change, was adopted by 195 member countries. In 2017, Donald Trump announced he intended to withdraw the United States from the international agreement. Perhaps as a response to that move, the organizers of Pathways to Paris staged a second version of their event, this time in the United States, in New York City at Carnegie Hall.

At the New York event, Pathways to Paris also launched a program called 1000 Cities, which encourages citizens to pressure city-level leaders to make greener choices and move toward a goal of 100 percent renewable energy by 2040. The name comes from a theory that, if 1,000 cities, large and small, around the world were to follow through on that goal, then the global goals of the Paris Agreement would be met or exceeded.

Now, they’re bringing that campaign to the West Coast for the first time, with the Los Angeles concert. Tickets go on sale Friday, July 20, at 10 a.m. It’s sure to be an inspiring night of music and galvanizing words about what citizens can do to help the planet.

Pop-Up Magazine Is Back with a Big Post-Pandemic Lineup