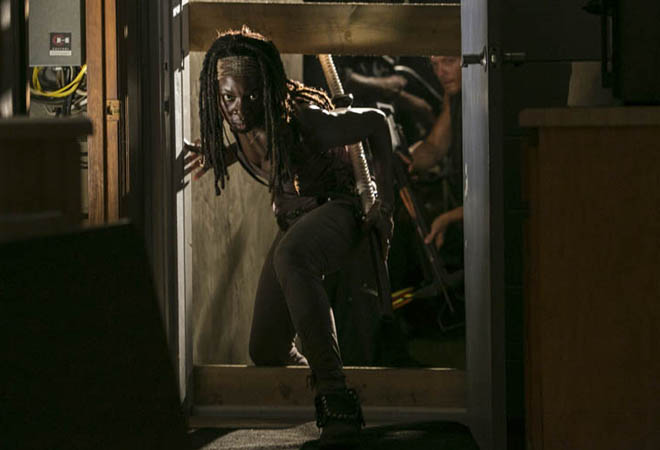 PaleyFest 2013, which kicks off on Friday at the Saban Theatre in Beverly Hills, is starting its 30th anniversary with a bang. Cast members and execs of AMC’s The Walking Dead will grace the stage to take questions from the audience, a high note that paves the way for two weeks of panel discussions and chats.

Since its first iteration in 1984, PaleyFest has become one of the more engaging events in L.A. media. It gives fans of shows like Community and Parenthood a chance to connect with the stars and the brains of the operations. Who could turn down the opportunity to nerd out with Callie Khouri over what goes on behind the scenes of Nashville?

While we’re stoked about the lineup of TV fan favorites, we’re equally impressed by the Paley Center’s full-bodied embrace of modern media consumption.

Didn’t score tickets? FOMO (“fear of missing out”) is the least of your concerns for the next 15 days. PaleyFest organizers were kind (or clever) enough to set up several viewing options for the shows’ loyal fanbases.

Most of the panels will be streamed live — The Newsroom this Sunday, The Mindy Project on March 8, and the March 15 closing night presentation of American Horror Story: Asylum among them. (See the full list here.)

The Paley Center has also developed a mobile app, so you can connect with fellow fans whether you make it inside the Saban or not.

If you want a more communal experience and don’t mind waiting a few days, a handful of theaters across the country (including L.A. Live) will screen the Walking Dead and Big Bang Theory panels on March 7 and 13, respectively.

And God help the media extravaganza that doesn’t take advantage of Hulu. PaleyFest panels can be watched online the day after audiences catch ’em live.

With this many options, you’ve got no excuse not to bone up on TV’s top shows.