Home Hooking Up Not Everyone Has Sex. 3 People Explain Why Intercourse Isn’t On the... 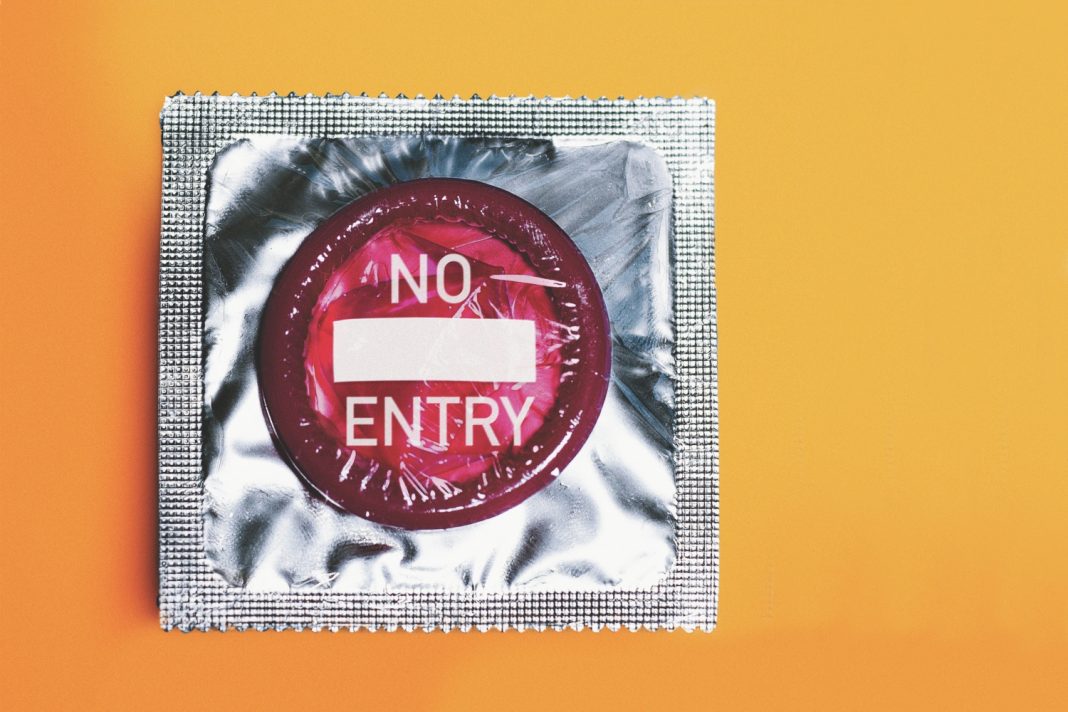 As told to Marielle Wakim

I never was able to have pain-free sex. I always thought that was normal—everyone tells you your first time is going to be painful. My first time was excruciating. So I didn’t try again for a long time. In college, when I finally decided to try again, it was still excruciating. And that’s when I was like OK, something might be going on here. Surely it cannot be this bad, or people wouldn’t do it.

In 2012 I was diagnosed with vaginismus. Basically the muscles inside my vagina are very tight, and when anything tries to enter, they clench up and cause me extreme pain. I also have endometriosis and vulvodynia—burning on the lips of your vagina—and overall pelvic-floor dysfunction. I was 20 and trying to see people in college, and after I got these diagnoses, I was very scared of dating. I didn’t know how to talk to romantic partners about it. I’m a straight woman, so it made me feel like I have nothing to offer, which is stupid looking back now. But that’s how I felt at the time.

“To this day sex is still painful to the point where I feel like I’m being torn open with a metal rod.”

I moved out to Los Angeles from Indiana when I was 22. I felt like I should be playing the field, but every time I would try and go on a date, I was filled with anxiety. In the past, when I had opened up to the couple of people that I had tried to be intimate with, they were not very understanding. Then I started dating a friend of mine, and we were together for a couple of years. There were a lot of things wrong in our relationship, but these conditions were the least of our problems. They weren’t even a factor. It showed me that there are people out there where you can tell them, “Hey, I have this thing,” and they’re just like, “OK, we’ll figure it out.” It’s very possible to still have a sex life and to still be intimate in so many different ways. It was so important for me to learn that lesson because, going into playing the field again, I know that I can have a sex life with someone and that I have so much to offer even if I can’t have penetrative sex. I’m not going into dates wondering, “Will this person like me? Am I good enough?” I’m going into dates wondering, “Will I like this person? Are they good enough for me?” Now that it’s just something that’s matter of fact, I very much own it. I talk about it all the time. I’m very comfortable with it, and I get a totally different response from people.

To this day sex is still painful to the point where I feel like I’m being torn open with a metal rod. It’s also painful to become aroused and to climax and all of those things. There’s been a lot of trial and error. I have to have really good communication with anyone that I choose to be sexual with, and I think that only benefits us. We’re able to explore and get to know each other really well. And if someone’s not willing to get exploratory or be sexual in other ways, quite honestly, they’re probably not very good at sex anyway.

When you’re asexual, you’re not attracted to anybody. Growing up I had crushes, but that was just because the people were either really smart or good-looking. The feelings weren’t sexual at all. I never knew what asexuality was until recently—I didn’t identify as asexual until I was 25 or 26. I was on Tumblr, and I came across this post about different sexualities. I saw asexual on there, and I was like, “Oh, is that what that is?” I was so glad to see it. Ever since, I’ve been advocating for asexuality and its place in the LGBT+ community.

“Asexuality is not a choice. It’s different from abstinence or celibacy. We don’t choose to not be attracted to anybody.”

A lot of people are still unsure about asexual people, including other queer people. The biggest argument is: “Oh, you just haven’t found the right person yet.” People do try to dismiss it, like, “It’s not a real thing.” But we’re not making stuff up. Asexuality is not a choice. It’s different from abstinence or celibacy. We don’t choose to not be attracted to anybody.

I’m in a Facebook group called Asexual ACES, and it’s a lot of us learning about ourselves. Like, “How deep does my asexuality go?,” and, “Am I still asexual if I participate in sex at all, including masturbation?” The answer to the second question is yes. There’s a spectrum, just like with romantic attachment. It forces you to realize the true difference between being in love and being in lust. Is sex really the ultimate sign of affection? There are asexuals who are fine with having sex, but that’s not the important part of the relationship. They might do it because it feels good or to please their partner or to have a child. And then there are people such as myself who don’t want to have sex at all. That’s off the table for me.

I’ve thought about dating a lot. Honestly I’m still trying to figure that out. I think if I felt ready, then I would get into the dating pool, but right now not so much. I’m very comfortable with having good, solid, lasting friendships. I’m a virgin, and I plan on staying that way.

My parents are Christians, so I grew up learning about the Gospel and the good news of Jesus, but in middle and high school, Christianity was more of a label. I adopted it from my family, but it didn’t affect much of my life.

Growing up I knew that sex outside of marriage was wrong—my parents told me that at a young age—but I didn’t understand why it was wrong. I was told that sex is for marriage, and that’s about it. Toward the end of high school I was in a relationship where my girlfriend and I ended up having sex. I don’t want to say there was peer pressure, but the reality was that all of my friends were engaged in sexual relationships with their girlfriends or whoever, and so I did it as well.

“As I started to understand and trust that God has designed us to experience sex within the context of a committed, loving marriage, I began to develop that conviction and hold it.”

Breaking up with my girlfriend was a catalyst that got me thinking more about Christianity. I was feeling probably the closest to depressed as I’ve ever felt. Going through it I was like, I need help. I can’t hold all of my life together. And I looked to God. I started going to a different church and hearing a lot of the same things that I’d always heard, but I listened in a way that I hadn’t before. What I had always said I believed started to become more real: If God truly exists, if He loves me so much that He sent his only son to die for me, if this is all true, then that changes life. It was in that transition between high school and college that I made the decision to follow Jesus for myself. I was overcome by the reality of a God who is always for my greatest good and who forgives me through Jesus, and I responded by completely surrendering and trusting Him with my entire life.

This all kind of clicked for me at 19. As I started to understand and trust that God has designed us to experience sex within the context of a committed, loving marriage, I began to develop that conviction and hold it. People who aren’t Christians usually find it odd and don’t understand it. But part of what shifted was me realizing that this is actually what’s best for me; this is not God trying to keep me from things that are pleasurable or whatever. He’s designed me to experience sex in a beautiful way, but in a certain context.

RELATED: The Psychology of Ghosting

California Is Set to Become the First State to Outlaw ‘Stealthing’