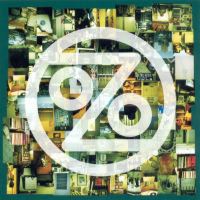 The Backstory
The groove collective Ozomatli was born out of occupation and protest. Its original lineup was a demographic cross-section of Los Angeles: Chicano, Caucasian, Basque, Filipino, Cuban, Asian, Jewish and African-American. The members met in the mid-1990s while attempting to unionize the L.A. Conservation Corps, a federally funded work-development program for urban youth. One of the most outspoken of the protesters was bass player Will “Wil-Dog” Abers, a red-diaper baby from the Pico-Union neighborhood whose parents were members of the Revolutionary Communist Party.

In March 1995, Abers helped organize a sit-in with 30 fellow workers at the Corps’  downtown offices near 4th and Bixel Streets. Though the strike occupied the building for two months it was broken and all but two of the protesting workers fired. As part of a legal agreement, Abers and co. were allowed use of the building for the remainder of the lease. They christened the space the Peace and Justice Center of Los Angeles, a creative arts-oriented community center. Brainstorming at Silver Lake’s Cafe Tropical, Abers and saxophonist Jose “Crunchy” Espinosa decided to form a group that could play rent-parties at the PJC—or anywhere.

They originally called themselves Somos Marcos but later adopted the name Ozomatli after the Aztec god of passion and dance. Their first show, a benefit for the Revolutionary Communist Youth Brigade, set a standard for playing community fundraisers and inner-city schools—and for turning them into cathartic, butt-bumping parties. The band’s multi-culti stew of hip-hop, funk, jazz, Latin music, and reggae quickly became popular on the California/Mexico club circuit. Ozomatli’s kinetic shows often began outside à la New Orleans drum processionals, and once inside were frequently accompanied by breakdance crews. Their big break came with an appearance on the Vibe TV show, after which they were picked up by Herb Alpert and Jerry Moss’s boutique label, Almo Sounds.

Why You Should Listen
Like a Ken Loach movie with a polyglot soundtrack, the band’s self-titled debut album captured Los Angeles in the years between the Rodney King-riots (a photo exists of Abers overturning a car during the 1992 uprising) and Y2K. Released a year before the nationwide Justice For Janitors strikes and the violent WTO protests in Seattle, Ozomatli echoed the party-at-ground-zero feel of a generation of tattooed and dreadlocked clubbers who hung out at Libros Revolucion between raves. The bilingual lyrics gave voice to everything from police violence to urban gardens, while the music encouraged listeners to cut loose. Part of a series of multidisciplinary hip-hop collectives that grew out of the L.A. club scene, including the Dakah Hip Hop Orchestra, L.A. Symphony and The Breakestra, Ozomatli’s combination of house-party euphoria and social protest was infectious. “Ozomatli were their own urban groove monster,” wrote music historian Josh Kun, an unabashed fan. “An unmistakable product of post-riot Los Angeles who take party-rocking so seriously that it becomes new school musical activism.”

The Aftermath
One thing that can’t be said about “Ozo” is that they were never popular in their time. Their debut went all the way to #4 on the Billboard Latin Pop album chart and #7 on the Billboard Latin albums chart. Carlos Santana declared Ozomatli “the future of music” and chose them as his opening act for his tour Supernatural tour. The following year the music media rapturously declared the coming of “the Latin Revolution” with big-name acts like Christina Aguilera, Ricky Martin, Enrique Iglesias, and Shakira. But a parallel revolution was occuring in the underground, where Ozomatli joined bands like Quetzal, Kinky, East L.A. Sabor Factory, and the Nortec Collective in making music that challenged anyone accustomed to categories. (“Santana meets Wu-Tang Clan on a runaway party bus written by the Tower of Power horns,” wrote one dizzied reviewer.) Since then they’ve won two Grammys, toured the globe several times over as official U.S. cultural ambassadors, had a day declared in their honor in L.A. (April 23), became the first band to give a TED talk, played the Hollywood Bowl multiple times, and heard their music become ubiquitous at Dodgers and Clippers games. Sadly, founding member Jose Espinosa died of cancer in 2011 at age 36.

Signature Tracks
“Cut Chemist Suite” – ’70s style R&B vamp is named after (and dusted up by) one of Ozo’s satellite members, turntable-masher Cut Chemist who along with deep-voiced rapper Chali 2na did double-duty with underground rappers Jurassic 5. Stoned on pot brownies, Drew Barrymore hits the dance floor to this song in Never Been Kissed.

“La Misma Canción” – A boisterious, blowsy rave-up poses the timely question: “What is a DJ if he can’t scratch to a ranchera?”