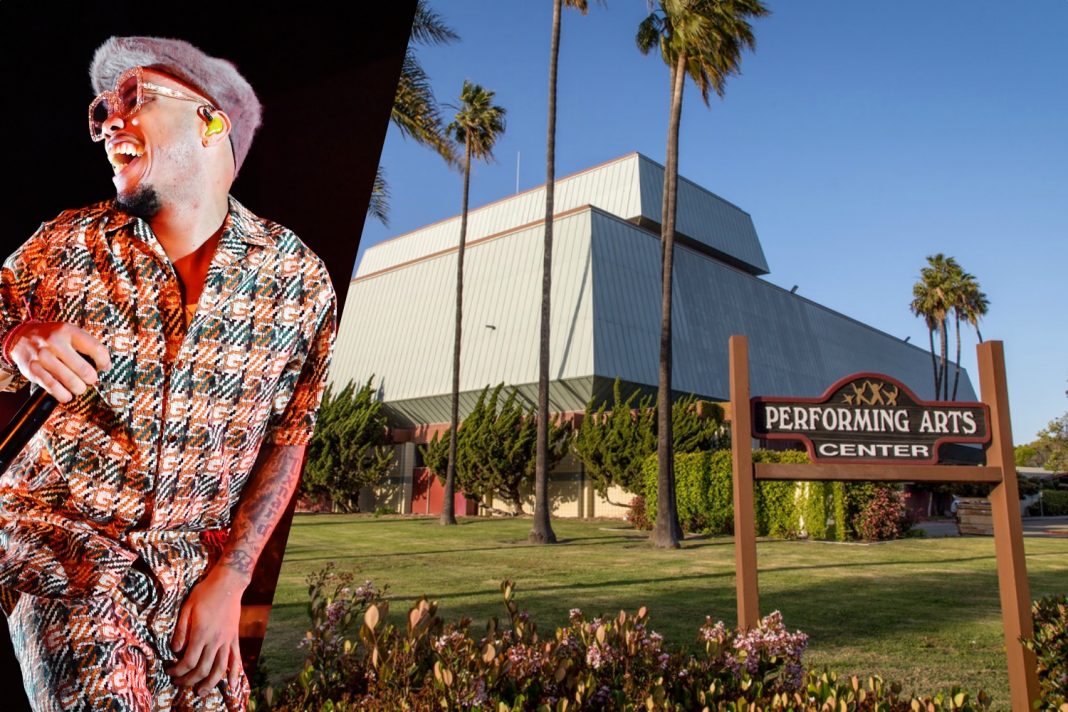 After 50 years, the Oxnard Performing Arts and Convention Center may close for good on December 31. As the end of year deadline looms, the campaign to save the community space is getting a boost from one prominent Oxnard local, musician Anderson .Paak.

The PACC has known closure was on the table since May, when Oxnard city leaders first proposed shutting it down as part of a group of cost-cutting measures. When the final budget passed in June, the employees lost their jobs, services to the facility were dramatically reduced, and another local institution, the Carnegie Art Museum shuttered, the Ventura County Star reports.

Oxnard had been kicking in over $1 million of municipal funds each year to keep the center active–but even with that subsidy, upgrades and improvements that might have helped the facility keep pace with commercial performance venues were not being done.

“We have failed to do that with the PACC over the decades, and now we’re left with, like it or not, and I’m sorry to say, right now what we have is a lemon,” City Manager Alex Nguyen told the Star.

Due to public outcry about losing the beloved performing arts center, the PACC was given a six-month reprieve. The nonprofit that manages the facility could continue hosting events and educational programs, and attempt to find a private company to come in and take operations off the city’s hands. In theory, the 1,600-seat theater at the heart of the center could host larger touring performers and theatrical productions, and ticket sales would cover expenses.

A small number of for-profit operators expressed interest in taking over the space, but the costs of making the necessary improvements to modernize the facility appears to have been a sticking point. VenueTech, a San Francisco firm that specifically focuses on operating municipal theaters appeared to be a candidate, but after a month of negotiations with the city, finally walked away from the deal on November 20, citing financial issues. With no operator contract in place and city funds set to run out, the center faces permanent closure at year’s end.

Another proposal was submitted by the PACC’s existing nonprofit board, in partnership with Sterling Venue Ventures, but their budget still depended on a $400,000 annual subsidy from the city, which was rejected.

Now musician Anderson .Paak has stepped in, heading up a last-minute fundraising campaign to save the center. In a meeting with the PACC’s executive director earlier this month, he discussed a plan to headquarter his own philanthropy project, the Brandon Anderson Foundation, in the facility, and keep it open for youth music and dance programs, as well as public performances, if enough money can be raised from private donations to fund the project.

The Grammy-winning hip hop artist was born and raised in Oxnard, and even named a 2018 album after his hometown–an album he debuted with a free concert at the PACC. “Growing up in Oxnard gave me the grit and the church to find this voice of mine,” he told Rolling Stone earlier this year.

He has been asking fans to make donations by texting “saveopacc” to 44321. The donations will be processed through his foundation and go into a fund only to be used to help keep the center open. This weekend, he will stage his by-donation music festival, .Paak House, in L.A.’s MacArthur Park. Last year, the event raised over $155,000.

“I want this to be a hub for creativity,” .Paak told the Star, about his vision to for the center. “The city deserves this.”

Even with a celebrity spokesperson advocating for the cause, it may be a challenge to raise enough funds in time to not only keep the doors open, but sustain the operation going forward. City Manager Nguyen, who proposed the shutdown in the first place, and other local leaders have indicated no interest in keeping the Oxnard Performing Arts Center open after the deadline.

RELATED: YouTubers Have Turned Terrible Apology Videos Into a Genre. These Are the Worst