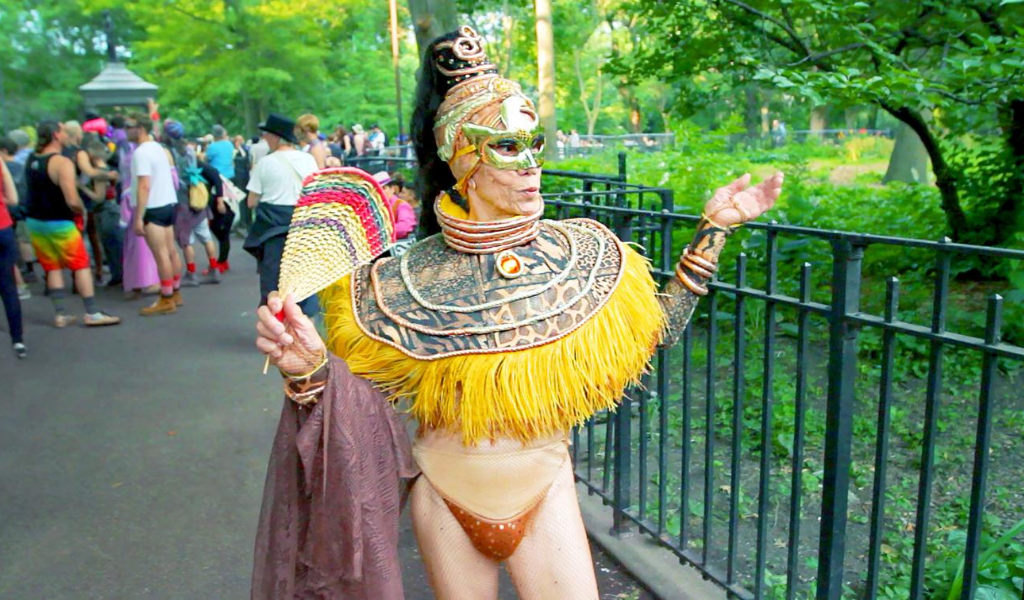 In 2020, most film festivals are canceling or switching to streaming-only. Outfest, an annual celebration of LGBTQ+ cinema, is bucking that trend, pivoting instead to showing films outdoors at pop-up drive-in theaters set in the Malibu mountains. The screenings take place on August 21 to 23 and August 28 to 30 at Calamigos Ranch & Resort.

Opening the festival with simultaneous showings on both of the drive-in screens is the Los Angeles premiere of The Nowhere Inn. The film, which debuted at Sundance in January, features musicians Annie Clark (St. Vincent) and Carrie Brownstein in what is described as “reality-bending send-up” of fame, performance, and identity.

On August 29, P.S. Burn this Letter Please gets a special preview screening. The documentary looks inside a trove of letters found in the storage locker of Los Angeles DJ and talent agent Reno Martin in 2014. The letters were written to Martin by a close group of friends who were drag queens in the 1950s and ’60s, long before mainstream acceptance and celebration of their culture and choices. Through archival footage, interviews with the surviving members of the group (now in their 80s and 90s), and the letters themslves, the filmmakers construct a glimpse of a radical, underground community, confronting risk and oppression.

Music fans desperately missing live music will be treated to a special concert by country singer Brandon Stansell before the August 23 screening of Three Chords and a Lie, a film about Stansell’s life–from being alienated from his Southern Baptist family for being gay, to coming up as a performer in a genre that has rarely held space for LGBTQ artists, and ultimately attempting to reconnect with his estranged parents.

In addition to the 11 drive-in screenings, the festival continues online as well, via the Outfest Now platform. During the days of the festival, dozens of films will be available for limited-time online screenings. “Tickets” are available in select film bundles ($20) or an all-access pass ($59.99).

Outfest Now will also host live online events, including a discussion with Lily Tomlin and her partner Jane Wagner, discussing the 1986 documentary Lily Tomlin: The Film Behind the Show, which was unavailable in the U.S. for years. The film will be available to stream on the platform starting August 24; the conversation is scheduled for 7 p.m. on August 25.

Tickets for all showings are now on sale at outfest.org.

RELATED: Updated! All of L.A.’s Pop-Up Drive-In and Outdoor Movie Nights of Summer